By Dan Ambrose: Fans are angry about the DAZN’s pay-per-view prices for the September 17th trilogy match between Canelo Alvarez and Gennadiy Golovkin at the T-Mobile Arena in Las Vegas.

U.S boxing fans will need to dig deep to pay $84.99 to watch Canelo and Golovkin battle it out in their trilogy match, which is arguably past its sell-by date. What this means, of course, is that boxing fans will elect to do one of the following things:

For the fans that are already subscribed to DAZN, which was originally supposed to be non-PPV, they don’t like the idea of having to shell out extra money to watch Canelo, coming off a loss, face a 40-year-old Golovkin (42-1-1, 37 KOs).

With the price of the PPV, DAZN likely won’t bring in the large numbers they had assumed they would when chose to show the Canelo vs.  Golovkin III fight despite fans no longer being excited to see it.

“Does the old lion have a chance to roar one last time?” said Teddy Atlas on The Fight. “In the first one [Canelo vs. Golovkin], GGG did what he always does, pressed him and won the fight, and they robbed him.

“Listen, it might be too late. These great fights get made too late

In the second one, GGG boxed more, used his jab more, and fought down the stretch when he had to.  There’s no doubt that Canelo is a different guy now. He’s now the bigger,  stronger guy. How does that happen? Don’t ask me; I don’t know.

“He’s [Canelo] now the bigger, stronger guy, and the more confident guy. He grew up in that second fight, Canelo, where he wasn’t so sure of himself the first time he met GGG that he could handle this level of a guy.

“Not only does he have to beat the man that is younger than him, more confident and bigger. Again, that was a flip flop. GGG used to be the bigger, stronger guy.

“But now, he [Golovkin] has to beat the guys outside the ring. The three judges there. He’s got to beat them, and you know what? They’re sometimes harder to beat sometimes than the man in the ring. 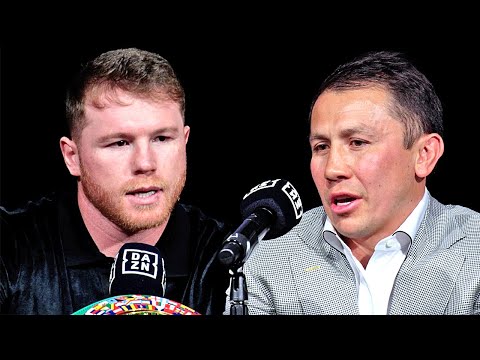 
« Who Were Those Who Stopped Winning Streaks?