By Sam Voz: Keith ‘One Time’ Thurman says he’d be open to a rematch with Danny Garcia if that’s a fight that he wants.

Former WBA/WBC welterweight champion Thurman (30-1, 22 KOs) beat Garcia by a 12-round split decision in 2017 in a fight that was close enough to warrant a rematch.

Surprisingly, Danny and his father/trainer Angel Garcia never asked for one. Like Thurman, Garcia’s career has slowed down since his loss in 2017, and he’s hoping to reinvent himself at 154 at age 34.

Ideally, Thurman would like a title shot against welterweight champions Errol Spence Jr or Terence Crawford, but it doesn’t look like either of those guys will be next for him.

If Thurman does fight Danny next, it’ll require some sitting around and waiting for him to rest after his grueling 12 round split decision win over Jose Benavidez Jr last Saturday night.

“Waiting for a phone call,” said Thurman to Fight Hub. “I was told Danny Garcia wants a rematch. I don’t know. Danny can never pass the Keith Thurman test. I beat that boy, and I wasn’t even at my best. I had bone surgery.

“At 154, there’s not a lot in it for Danny to be at 154. If he were to be given the opportunity to become a three-division world champion. I could compromise to make a good fight happen,” said Thurman when asked about his thoughts on going to 154 to fight Danny.

“Right now, I’m ready to go. I don’t know when he’s going to get back in the ring. It was a good fight. I’m surprised it took this long to bark at the rematch.

“If he thinks he’s going to be stronger at 154, he was already a puncher. So, I don’t really see the benefit besides not making weight. I think some of these people are being lazy, that’s my personal opinion.

“The opportunity to be three-division kind of means something. He kind of wants that get back. We can run it back. I think I have his number. I don’t think he has my number.

“I just think I know how to beat Danny Garcia. I don’t think they have a real strategy or capacity to override what I bring to the table. It’s a chess match, and I’m a grand master,” said Thurman. 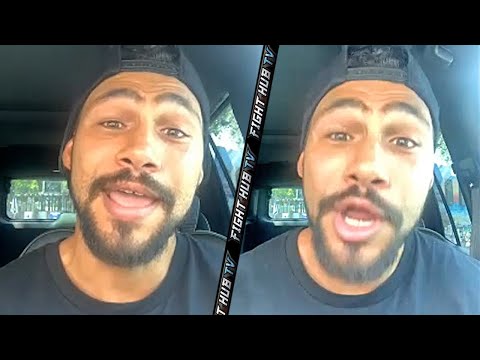 Shawn Porter Pulls Out Crystal Ball To Predict the Future »