By Craig Page: Trainer Robert Garcia wants Anthony Joshua to have his next training camp at his gym in Oxnard, California because he feels that the former two-time heavyweight champion needs to train around other champions to help motivate him.

Joshua (24-3, 22 KOs) has lost three out of his last five fights and is in a position now where he cannot afford a fourth defeat. He lost twice to Oleksandr Usyk, a great fighter, and then was shockingly beaten by the chunky fringe contender Andy Ruiz Jr.

Joshua will be fighting next in December against a top 15 contender in what is believed to be a confidence-booster level match to remind him what it’s like to win.

With the type of opponent that AJ’s promoter Eddie Hearn is expected to dig up for him to fight, it probably doesn’t matter if he trains in California or not. Obviously, it helps Garcia if Joshua trains in Oxnard at his gym because it’s a great recruiting tool.

“I told Anthony and his team that the best way to keep working together is if he comes to train in my gym in California eight weeks before a fight,” said Robert Garcia to Izquierdazo.

“I told Anthony, ‘I need you to be around more fighters, for competition.'”

“That is what is missing in his gym, the fighters to be competing against each other, where they don’t want the other fighter to do more than you.

“He needs a place with other world champions around. Anthony has always been alone in his camps; he didn’t have other fighters to train with. He needs to be in a cheerful environment,” said Garcia.

“When someone’s life on the line and they’re getting punched in the head for 36 minutes, and they had so many emotions going into the biggest event and doesn’t do what he dreamed of doing,” said Haye about Joshua’s meltdown.

“It’s hard to judge someone on their worst moment when they just come through an ordeal. You can’t get someone irrate and then stick a camera in front of his face and expect to get some poetry,” said Haye about Joshua. 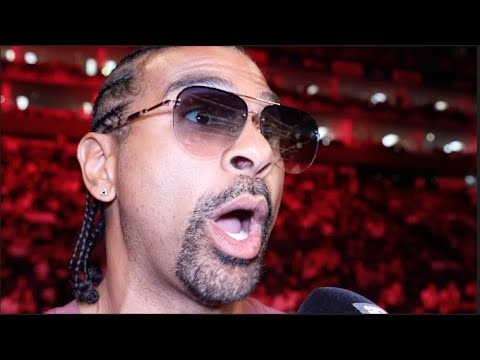 
« Who Were the Biggest Winners and Losers in Boxing?