By Brian Webber: A purse bid is scheduled for tomorrow, August 30th, for the Regis Prograis vs. Jose Zepeda for the vacant WBC light welterweight title fight.

Former WBA 140-lb champion Prograis (27-1, 23 KOs) got the opportunity after former WBC/WBO champ Jose Ramirez, who previously had been ordered to face #1 WBC Zepeda, couldn’t take the fight because he’s getting married to his girlfriend in October and won’t be available.

The 33-year-old Zepeda (36-2, 28 KOs) lost a questionable 12 round majority decision to Ramirez in his previous attempt at capturing a world title three years ago in 2019 in a fight that many boxing fans had him winning.

Since then, the southpaw Zepeda has won his last five fights. Included in those wins were victories over Ivan Baranchyk, Jose Pedraza, and Josue Vargas.

“I’ve been waiting three years for this, basically. I was a champion in 2019. Now to become a two-time world champion will mean everything,” said Regis Prograis to Thaboxingvoice.

“It’s basically all the stuff I’ve been working for in the last three years. It’s just for this one. I’m training for the belt, the biggest fight. So that’s kind of what I’ve been doing.

“I grind every day. I’ve been doing this. I’ve got my shot, so all the grind I’ve been doing is for that belt. One thing I do know is Zepeda is going to come to fight. He’s a good fighter.

“I feel like I’m going to be hard to beat. We never thought was would be fighting each other, but what I knew already. I saw him in the gym. We all train at the same gym out there.

“At that time, I knew the WBC had made my fight a mandatory too. So most likely, I would be fighting him. I already knew that going in.

“When I saw him, I already felt that he was going to be my next fight, and that’s how it played out,” said Prograis. 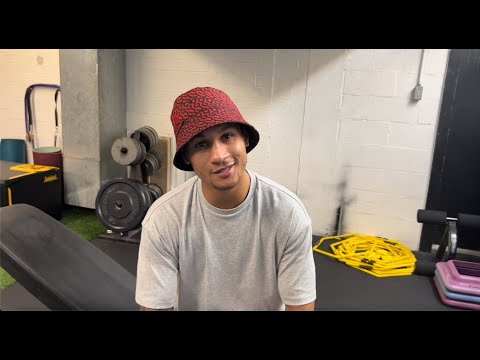