Who Were the Biggest Winners and Losers in Boxing?

By Ken Hissner: My favorite Historian Henry Hascup who is President of the New Jersey Hall of Fame, sent me a list a while back of the biggest winners with a list of 207 boxers having at least 100 wins.

My losers list with 100 losses, and some who never won will be matched against his to find out the “Biggest Winners and Losers!”

I also met him and got a picture with him at a ringside fight in Philly. He once told then Middleweight champion Rocky Graziano who claimed he would knock Pep out, that “you couldn’t hit me with a fist full of stones!” It’s been said Pep won a round on all scorecards without landing a punch! He was inducted into the IBHOF in 1990, its first year.

The still most active boxer with just under 100 wins is Siriamongkhon Iamthuam, with a 97-5 record, last fighting on April 2021 from Thailand per Henry Hascup.
That concludes the Winners and now the ten biggest Losers and a couple more!

There you have it, readers, so what do you think? 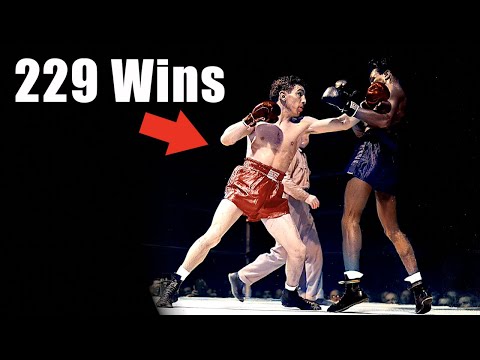