By Dan Ambrose: Trainer Robert Garcia says his brother Mikey Garcia had already informed him about his plans on retiring after his loss to 140-lb contender Sandor Martin last October, so it wasn’t a surprise to him that he decided to hang up his gloves.

The former four-division world champion Mikey Garcia (40-2, 30 KOs) took a low-key approach to announcing his retirement this week by changing his Instagram profile to let his fans know.

Robert feels that the 34-year-old Mikey still has a lot left, but if he doesn’t want to compete, he should get out.

Mikey’s latest one-sided 10-round majority decision loss to fringe contender Sandor Martin showed that he’s not big enough to compete at light-welterweight. Martin is a decent fighter, but he’s NOT one of the elite fighters in the division.

It’s been evident to the boxing public that Mikey had lost interest in the sport since his loss to IBF welterweight champion Errol Spence Jr. in 2019.

After that lucrative fight, Mikey had fought just twice against Jessie Vargas and Sandor Martin, splitting those two matches.

“Since his last fight [against Sandor Martin], he’d already told me, ‘This is my last fight. I’m never going to do it again,'” said Robert Garcia to Fight Hub TV about his brother Mikey Garcia choosing to retire after losing 140-lb fringe contender Sandor Martin last October.

“There was still hope that he might want to [continue fighting] because he still has a lot left,” Robert continued about Mikey. “But since then, he’s been doing so many other things and has successfully invested his money right.

“So, now it’s time for him to enjoy his kids, family, and loved ones, and I think he made the right decision. When a fighter doesn’t want it and doesn’t have the hunger, we’re not going to go in there and risk.

“It wasn’t successful against [IBF welterweight champion] Errol Spence, but nothing to be ashamed of. Errol Spence is pound-for-pound and one of the best fighters in the world.

Now, he’s [Mikey] at a different chapter in his life, projects that he wants to accomplish, and he’s going to do them.

“From day one when he was 14 in his first amateur fight to become a four-division champion, that’s great. I’m very proud of Mikey.

“He accomplished what many didn’t believe he could do, and he did it his way. He did it on his terms and his way. So I’m very proud of him,” said Robert about his little brother, Mikey. 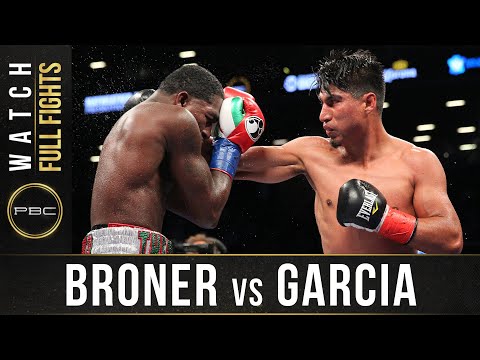 Anthony Joshua says Oleksandr Usyk “will be the same guy” »