By Chris Williams: In a disappointing match-up, WBO featherweight champion Emanuel Navarrete (35-1, 29 KOs) will defend his belt against little-known recently beaten Eduardo Baez (21-2-2, 7 KOs) on August 20th on ESPN. The fight will be taking place at the Pechanga Arena in San Diego, California.

In the chief support bout on the Navarrete vs. Baez card, unbeaten welterweight Giovani Santillan fights TBA in a 10-round bout.

Also on the card is middleweight prospect Nico Ali Walsh fighting Reyes Sanchez in a four-round fight. Walsh is the grandson of boxing great Muhammad Ali, but he looks & fights nothing like his famous grandfather, unfortunately.

The 26-year-old Baez, who is ranked #7 by the World Boxing Organization, recently lost to Ra’eese Aleem by a 10-round majority decision last November.

It’s unclear if the loss to Aleem is what earned Baez the title shot, but it’s an odd way to back into fighting for a world title. If anything, it should be the unbeaten Aleem (19-0, 12 KOs) that is being given a crack at Navarrete’s WBO 126-lb belt rather than the guy he beat.

Of course, if the idea is to keep Navarrete winning for as long as possible, Baez is the way to go.

Boxing fans were eager to see the 27-year-old Navarrete step it up a couple of levels to fight Shakur Stevenson or Oscar Valdez rather than seeing him in against a lackluster opponent.

“I’m going to show that I’m ready to fight any champion at 126 or 130 pounds. There will be a lot of ‘Vaquero’ for a long time,” said Navarrete.

It would be nice if Navarrete pushed his promoters at Top Rank to match him against one of these names to break him out of funk he’s been in for the last three years:

Navarrete has been continually winning against B-level opposition, which has arguably kept him from achieving stardom. If he were to add scalps from Stevenson & Valdez to his collection,  that would go a long way towards turning Navarrete into a star.

But fighting the likes of Baez is a backward step, doing nothing for Navarrete’s career other than keeping him in the dark about where he’s been competing since 2020.

Back in 2018 & 2019, it looked like Navarrete was on his way to big things after his consecutive victories over Isaac Dogboe to capture the WBO super bantamweight title.

However, Navarrete has failed to fight anyone or note since, burning through the last three years fighting obscure oppositition, and not facing the guys that would turn him into a star.

Baez is just the latest example of the kind of oppositition that Navarrete has been routinely facing since 2019. 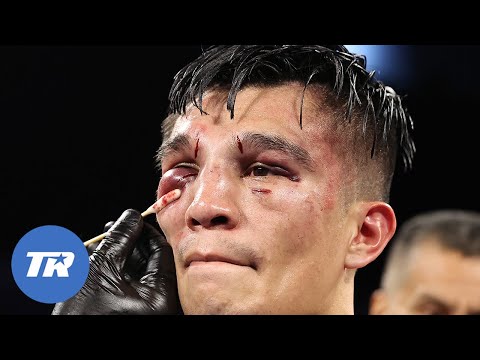 
« Oleksandr Usyk says Tyson Fury is “afraid” of him