Mikey Garcia retired from the sport

By Dan Ambrose: Mikey Garcia is listing himself as retired now on his Instagram site, eight months after his loss to Sandor Martin in October of last year.

With just three fights in the last four years, it’s not all surprising that the former four-division world champion Mikey (40-2, 30 KOs) has chosen to walk away.

If the retirement sticks, Mikey will be ending his 16-year professional career on a sad note, walking away after a loss to the light-welterweight fringe contender Sandor Martin last October.

It’s a shame that Mikey has chosen to retire now because he could do much more in the sport if he made the right moves.

With a good nutritionist and an exercise program, Mikey could quickly return to the 135-lb division and put himself in a position for a massive money fight against Gervonta ‘Tank’ Davis, Devin Haney, or Ryan Garcia.

It was a colossal mistake on Mikey’s part to leave the 135-lb division to go up to 147 in 2019 because he was too small to compete in the welterweight division.

Likewise, 140 is too big for Mikey, and it was a massive blunder on his part to face the slick Sandor Martin. That’s not the type of guy you want to fight, while boxing is a part-time hobby.

Mikey would need to back off the fast foods to make 135, but it’s possible if he was ambitious enough to do it. Additionally, instead of Mikey focusing so much time on his expensive cars, he needs to get to the gym and pretend he’s not rich.

Some boxing fans would argue that Mikey’s mind hasn’t been into the sport since his big payday against Spence in 2019. Mikey made a lot of money from the Spence fights and gained weight afterward.

In some of the videos of Mikey since his defeat against Spence, we see him showing off expensive cars, eating, and not sounding overly interested in getting back into the mix.

Mikey had talked of getting a fight against Manny Pacquiao, but the Filipino star opted to face WBA welterweight champion Yordenis Ugas last year instead. That’s not surprising that Pacquiao went in that direction because Mikey hadn’t done anything with his career since 2018. 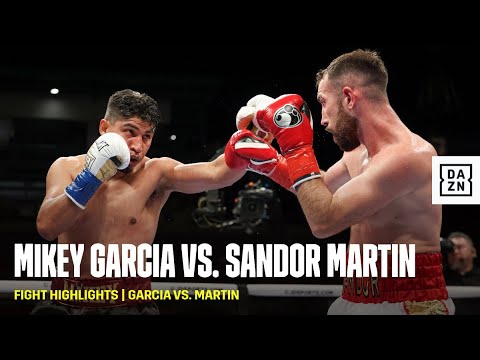 
« Canelo vs. Golovkin III: Is Gennadiy cashing out?