By Dan Ambrose: Rolando ‘Rolly’ Romero says Gervonta ‘Tank’ Davis resembles a “T-Rex” with his “short arms” and he’s going to knock him out on May 28th when the two fight on Showtime at the Barclays Center in Brooklyn, New York.

Rolly (14-0, 12 KOs) believes his power and size advantage is going to be too much for the WBA ‘regular’ lightweight champion Tank to handle for this fight.

The oddsmakers have Tank as the favorite for this fight, but Rolly doesn’t seem too worried about that. He thinks that he’s going to use his size to overpower the shorter 5’5 1/2″ Tank for this match-up.

During their recent press conference on April 7th, the 5’8″ Rolly towered over Tank during their face-off and had him looking angry.

You could tell from watching Tank that he’s clearly bothered by all the stuff that Rolly has been saying about him, particularly with his comments about him being “dumb.”

If Rolly upsets Tank, he’ll make a lot of money in the rematch should he agree to that. Rolly would be better off taking Tank’s WBA title and then facing the winner of the June 5th undisputed fight between unified champion George Kambosos Jr. and WBC champion Devin Haney.

NEWS:   Hector Luis Garcia Is Ready To Seize The Moment

“Honestly, I couldn’t comprehend what he said, but it sounded offensive, so f*** you too,” said Rolly Romero to Fight Hub TV about Gervonta Davis.

“I’m going to f*** Tank up from round one, nonstop and he’s going to get knocked out in one round. I just said one round. He’s not going to hit me because his arms are short as f***. He looks like a f*** T-Rex.

“They just stand there like dumb a***,” said Rolly when told that Gervonta has been able to hit his past opponents. “No special game plan. I’m going to walk him down, and it’s going to be a walk down of hell.

“He’s a little mother f****. What do you mean, ‘Big assignment,” said Rolly in reacting to being told that Tank Davis is a ‘big assignment’ for him.

“Look, Devin Haney is an inferior breed. He should just retire from boxing before he gets hurt by somebody because he has a weak genetic makeup and his jaw is very suspect. I don’t think Devin is his son because Devin is as ugly as f***.

“Nobody cares about that fight,” said Rolly when asked about his view on the June 5th undisputed lightweight fight between Haney and George Kambosos. 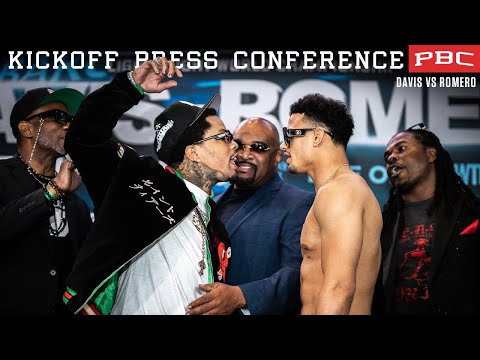