By Allan Fox: Otto Wallin is expressing doubt that Tyson Fury will retire without fighting the winner of the Anthony Joshua – Oleksandr Usyk rematch because he would have the chance to become undisputed.

If Fury does choose to stick walk away, it will give boxing fans the message that he didn’t like his chances of beating the Joshua vs. Usyk 2 winner.

To be sure, Fury took more punishment than most people can imagine in his three fights with Deontay Wilder, getting knocked out cold and dropped four times.

After everything Fury went through against the 6’7″ Deontay, he might not relish the idea of facing the 6’6″ Joshua, who in some ways is more dangerous than the ‘Bronze Bomber.’

Fury knows that Joshua is more than big enough and fast enough to reach his glass chin, and if he makes contact, he could finish the job Deontay started.

“I’m having a hard time seeing him retire,” said Otto Wallin to iFL TV about Fury. “If he can have some time off now, enjoy his family, and be with his kids.

“After we see the Joshua-Usyk rematch, if he can have that winner, I’m really having a hard time seeing him retire. If he can get the winner there and unify all the belts, how can you retire?” said Wallin.

Surprisingly, Fury (32-0-1, 23 KOs) seems dead serious about his intentions of hanging up his gloves after his sixth-round knockout win over Dillian Whyte last Saturday night in London, England.

Fury says he’s done enough with his career to feel satisfied with what he’s accomplished, it’s enough for him to call it a day.

“Yeah, definitely,” Wallin said when asked if he’d be interested in still fighting Whyte. “Some of the UK fans like me. I have a pretty good name since I fought Fury. I would love to come back and fight Dillian Whyte here.

“Dillian, I feel like he wasn’t fast enough with his hands or feet to get close to Fury,” said Wallin.

“Yes, it was unbelievable, everything we wanted,” said Tommy Fury to iFL TV in reacting to Tyson Fury’s sixth-round KO of Dillian Whyte last Saturday night. “I predicted this fight wouldn’t go six rounds, and he got him out of there.

“Every shot that he threw in the fight, he was working on in the camp, and it all came together in the fight the way we knew it would,” continued Tommy. “I predicted everything Dillian Whyte would come and do.

“I think he should because there’s nothing left for him to prove. He’s won every single belt, and he’s beaten everybody. It’s an unforgiving sport, isn’t it? So get out of the job, enjoy your wife and kids, and that’s it,” Tommy said of Fury. 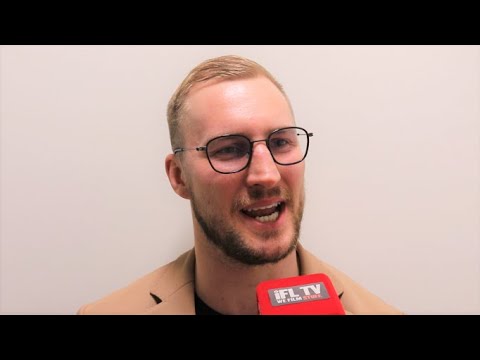