By Allan Fox: Isaac ‘Pitbull’ Cruz says he’d like to challenge for a world title after taking care of Yuriorkis Gamboa this Saturday night at the AT&T Stadium in Arlington, Texas.

It won’t be a surprise if Pitbull Cruz steals the show from the Spence-Ugas fight because his fighting style will make for an attractive fit with the brawling style that the 40-year-old Gamboa uses.

Although Pitbull Cruz is coming off a loss to WBA ‘regular’ 135-lb champion Gervonta ‘Tank’ Davis last December in Los Angeles, he remains very much in demand due to the brutal fight he gave the famous unbeaten champion.

Cruz came in overweight at 136.5 lbs in his first weigh-in attempt on Friday’s weigh-in. In the second attempt, Cruz weighed in successfully at 134.5 lbs.

Ideally, Cruz says he’d like to fight the winner of this summer’s undisputed clash between champions George Kambosos Jr. and Devin Haney.

However, it’s unlikely Cruz will get a chance to fight the winner of that fight because there’s an excellent chance the champions will be fighting an immediate rematch in Australia.

“Definitely, that’s my dream to fight for a world title,” said Isaac Cruz to Fighthype when asked on Friday if he’d like to face the winner of George Kambosos Jr. vs. Devin Haney fight on June 4th.

“That’s a very entertaining fight, but I think Ugas can pull it out,” said Pitbull when asked about his thoughts on the main event fight between IBF/WBC welterweight champion Errol Spence Jr. and WBA champion Yordenis Ugas.

“We got a good opponent, but it’s going to be difficult for him to go toe-to-toe,” said Pitbull Cruz about how he sees his fight with 40-year-old Gamboa going. “I don’t get impressed with any kind of style.

“Right now, we don’t have any plans. We’re going to go step by step. Our goal right now is Gamboa, and after that, we’ll see, said Pitbull Cruz when asked who he plans on fighting next.

“I really like Dallas, Texas,” said Pitbull. “Yes,” said Cruz when asked if he wanted to fight the winner of the Gervonta Davis vs. Rolando ‘Rolly’ Romero fight.

“Let’s see if he can take the pressure from Tank,” said Cruz about the Tank-Rolly.

“He can talk if he wants to. His moment will come,” said Cruz when asked if he wanted to fight Ryan Garcia. “I want to talk with my fist, and not with social media like he does all the time. 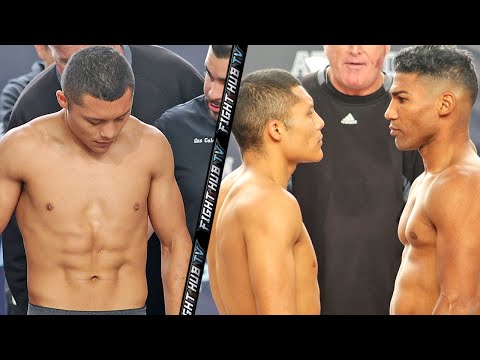