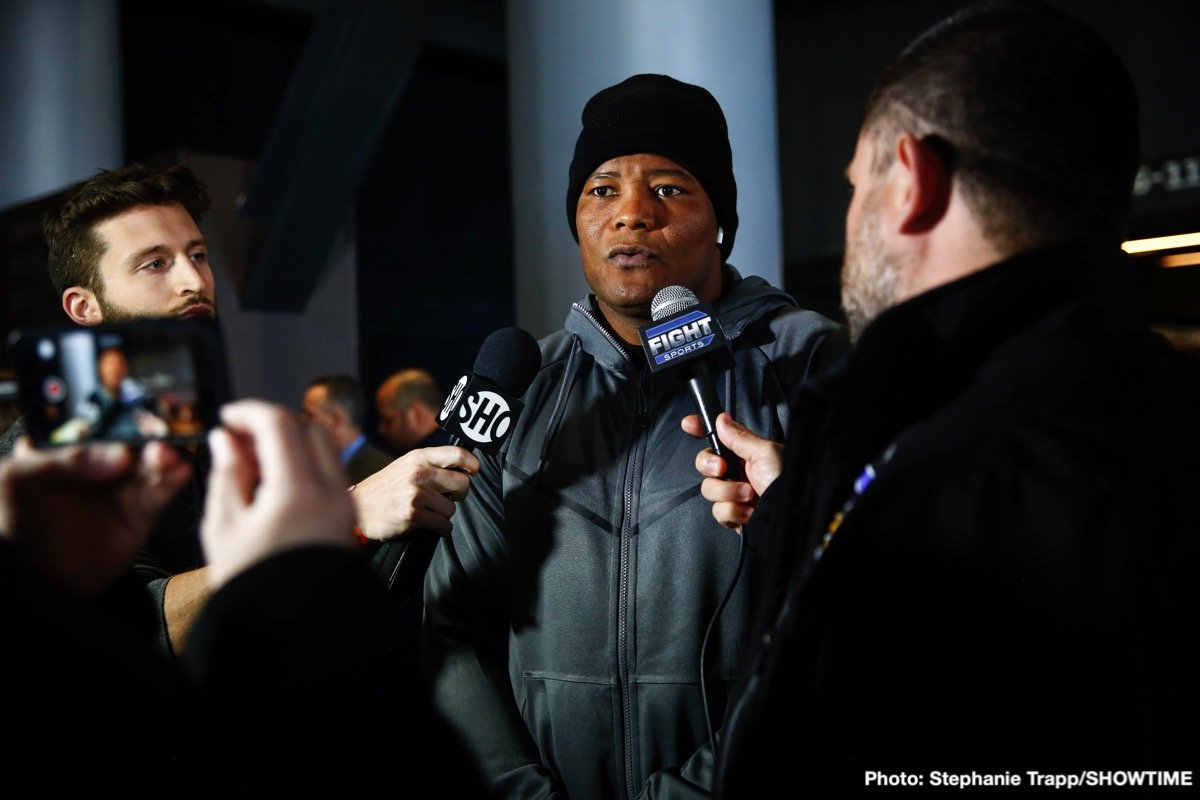 By Dan Ambrose: Andy Ruiz Jr. will now be fighting Luis ‘King Kong’ Ortiz in the summer rather than Tyrone Spong on July 16th. On Wednesday, Triller announced the Ruiz vs. Spong fight to be shown on pay-per-view from the 80,000-seat Plaza de Toros in Mexico City, Mexico.

ESPN is reporting that the former unified heavyweight champion Ruiz (33-2, 22 KOs) had already signed a deal to face the two-time world title challenger Luis Ortiz (34-2, 22 KOs) before he signed to face Spong on July 16th on Triller Fight Club PPV in Mexico.

It’s unclear whether the 32-year-old Ruiz informed Triller Fight Club that he’d already signed to face Ortiz in the summer.

You would like to think that Ruiz would have told Triller this, but who knows? Did Ruiz forget that he’d already signed to fight Ortiz?

As you would guess, Ortiz, 43, was hopping mad after learning that Ruiz had chosen not to fight him despite the two having a deal because this is a fight that he had wanted for some time.

The talented Cuban fighter called Ruiz a “coward” in an interview with Elnuevoherald, and he questioned whether he still had the hunger to compete against the best at this stage in his career.

“We are working amicably with PBC to make sure Ruiz honors his obligations to both parties,” Triller Fight Club president David Tetreault told ESPN. “Had we known PBC intended to fight him prior, we would have never chosen this date.

“We enjoy a good relationship with PBC and we are currently working to identify an optimal date for rescheduling the fight. The date Triller lands on will be in collaboration with PBC and their calendar.”

To be sure, Ortiz is a far tougher fight for Ruiz than Spong, and it could end badly for the former heavyweight champion.

But if Ruiz is serious about wanting a trilogy fight with Anthony Joshua, he’s got to earn it the hard way by beating Ortiz and perhaps another highly ranked contender.

Ruiz was hoping that Joshua and his promoter Eddie Hearn would give him a third fight with him just asking for it rather than earning, but that’s not going to happen. Hearn said that the only way Joshua fights Ruiz again is if he gets some significant wins under his belt first.

Instead of doing what Hearn asked, Ruiz took a year and a half off a came back to fight Chris Arreola last May.

Almost a year later, Ruiz is finally planning to take a big step towards getting the third fight with Joshua by taking on Ortiz. It’s a good move by Ruiz, but it’s hard to know why he thought of fighting Spong.

Promoter Eddie Hearn saw it as “weird” that Ruiz had signed to fight Spong because the British promoter had offered him a fight against Derek Chisora, which would have been far better.

“Weird. I was a bit disappointed with that,” said Hearn to iFL TV in reacting to the news of Ruiz having signed to fight Spong on July 16th.

“I’ve got to text the PBC guys. Has he [Ruiz] left PBC? I want him to fight Chisora. I thought that was a great fight. I’m a bit disappointed he’s taking that fight, but it’s in Mexico apparently.

“Spong was supposed to fight [Oleksandr] Usyk on my show, and he failed a drug test on the week of the fight,” said Hearn.

“The southpaw Martin surprisingly dropped Ortiz in rounds one and four before the Cuban rallied to knock him down twice in the sixth to get a stoppage.