Sunny Edwards vs. Julio Cesar Martinez next if he defeats Muhammad Waseem on Saturday

Edwards (17-0, 4 KOs) is defending against #4 Wassem (12-0, 8 KOs) at the Duty Free Tennis Stadium, Dubai. Schaefer would like to make the fight between his fighter Sunny and WBC 112-lb champion Martinez.

Rey Martinez’s promoter Eddie Hearn had previously been eager to make the fight with Sunny, 26, but his outlook seems to change sin Rey was soundly beaten by Roman ‘Chocolatito’ Martinez on March 5th in San Diego.

Suffice to say, Hearn should have thought long and hard before letting Rey Martinez face the former four-division world champion Chocolatito because he didn’t have the talent to compete with the boxing legend. Everything that Martinez does, Chocolatito does better, even at 34.

It’s understandable why Hearn might not be eager to let Martinez, 27, fight a skilled boxer like Sunny because he’s quite capable of outboxing him in the same fashion as Chocolatito did.

If that happens, Hearn will be stuck with a diminished Martinez, who he won’t be able to attract as much attention for his fights on DAZN as he had previously done. As it is, Martinez’s popularity will likely nosedive after the way he was schooled by Chocolatito.

If Hearn does give the green lightweight to an Edwards-Martinez fight, Martinez will first need to win his rematch against WBC mandatory McWilliams Arroyo before he can proceed to a unification clash against Sunny.

Schaefer on Sunny vs. Martinez unification

“Absolutely if that’s what Sunny Edwards wants and Eddie [Hearn] is open to it, I think there’s going to be no issue,” said promoter Richard Schaefer to iFL TV when asked about the potential of Sunny facing Julio Cesar Martinez next if he defeats Waseem on Saturday.

“We get along very well with Eddie. I look forward to putting events together with him,” Schaefer continued. “So maybe that’s [Rey Martinez vs. Sunny Edwards] is going to be the first one. It will be a hell of a fight. I mean, I’d love to see that fight.

“In my opinion, that should be the next fight; assuming everything goes well for Sunny, let’s get that fight done. You know, I like to do big fights, and that’s the biggest fight in that division [flyweight],” said Schaefer.

It seems unusual for Hearn to be less than daring when it comes to match-making for one of his fighters. What it suggests to this writer is that Hearn is still feeling the aftereffects of being badly burned with Rey Martinez’s humiliating loss to Chocolatito, and he doesn’t want to make things worse for his fighter by sticking him in with Sunny.

Hearn surprisingly thought that Martinez would beat Chocolatito, which was a wrong-headed idea from the jump. We had just seen Chocolatito arguably robbed in his previous fight against Juan Francisco Estrada in 2021.

If Chocolatito could dominate Estrada, that told you all you needed to know about the limited slugger Rey Martinez’s chances against the Nicaraguan legend.

“The more you’re out there, the more you promote, the more you create awareness, it gets people talking. I think Eddie is wrong about that,” said Schaefer about him disagreeing with Hearn about his opinion that Sunny has hurt his efforts to get the fight with Rey Martinez by goading him on social media to make it.

“Even though he’s the best promoter in the world, on that point, I actually think he’s wrong. It’s great that Sunny Edwards is positioning himself [to get the Rey Martinez fight]. People are talking about it. They evoke emotions, and when you evoke emotions, the fight gets bigger.

“Obviously, Sunny did a great job because he evoked emotions in Eddie Hearn. Keep poking the bear, and we just have to be ready when the bear attacks that you know what to do. I think Sunny will be ready for that.

“Look, Sunny Edwards is a great self-promoter, let’s face it. Somebody recently told me, ‘He reminds me of Conor McGregor.’ You know he’s out there, he promotes himself, he is a promoter’s dream. So let’s do those fights which fight fans want to see.

“Imagine that promotion with Eddie and Martinez, and with me and Sunny Edwards. It would be a lot of fun,” said Schaefer.

“It’s going to be beautiful outdoors at night. Actually, it’s very nice to be outside,” Schaefer said about Sunny Edwards’s fight against Muhammad Waseem this Saturday, March 19th, in Dubai.

“It’s a big weekend; it’s a big Irish weekend, the St. Patrick’s Day weekend, so a lot of festivities are going to be taking place here in Dubai over the next few days, and obviously the culmination of it on Friday night and Saturday night. It’s two of the biggest cards boxing has seen in the Middle East.

As long as Sunny wins this fight against Waseem on Saturday, he’s going to be in a position to take on Rey Martinez if he wins his rematch with Arroyo.

At this point, you just don’t know what you’re going to get from Martinez because his self-confidence is likely at a career-low after the way Chocolatito battered & beat him on March 5th.

Arroyo (21-4, 16 KOs) will have taken notes from watching what Chocolatito did to Martinez, and he’s going to make sure that he follows the same blueprint.

Last November, Arroyo dropped Martinez hard in the first round. However, in the second round, Martinez returned the favor in knocking down the 36-year-old McWilliams.

In the third round, Martinez rammed Arroyo, hurting him with a clash of heads that resulted in the fight being stopped.

At the time of the stoppage, Martinez looked like he was on his way to knocking out Arroyo due to his power and nonstop pressure that he was putting on the 2008 Olympian.

In the rematch, if McWilliams can tighten up his defense the way Chocolatito did against Martinez, it could be an easy fight for him like his win over Carlos Cuadras in 2018. 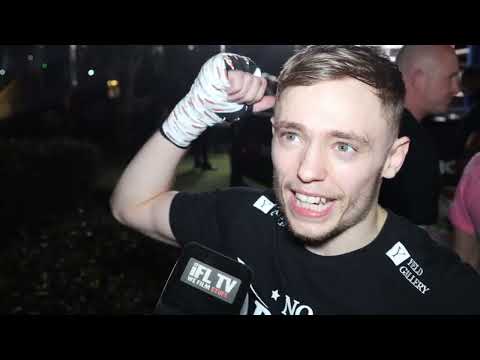