Jermall Charlo vs. Jaime Munguia talks have broken off 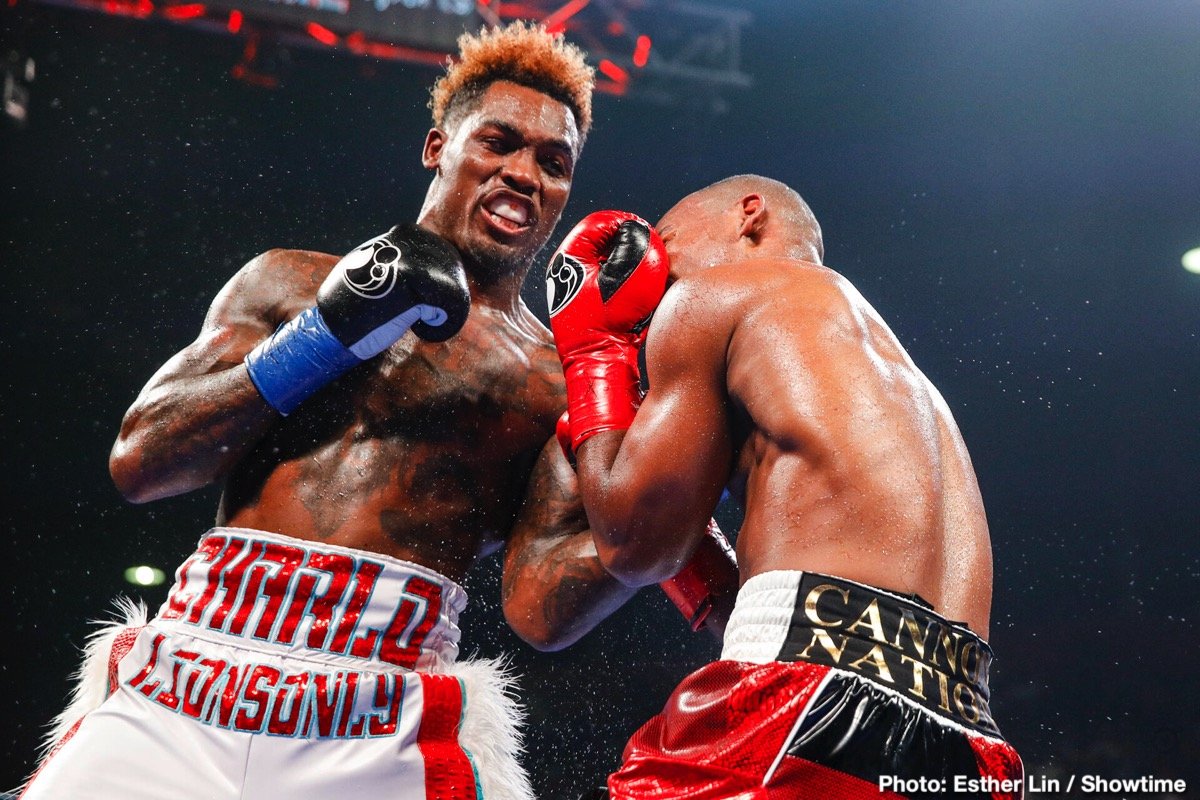 By Jim Calfa: Talks have broken down between WBC middleweight champion Jermall Charlo and #1 contender Jaime Munguia for a fight that would have taken place in July.

According to ESPN, Charlo (32-0, 22 KOs) and former WBO 154-lb champion Munguia (39-0, 31 KOs) had agreed to the terms for the contest, but the negotiations fell apart over the U.S broadcast platform.

Golden Boy, the promoters for the 25-year-old Munguia, wanted DAZN to be able to show the fight, whereas Charlo’s promoters at PBC wanted to place the contest on Showtime pay-per-view.

With the Charlo-Munguia fight not happening, the World Boxing Council has ordered a purse bid next week on Tuesday between Munguia and Carlos Adames. The winner of that fight would be the mandatory for the 31-year-old Charlo.

It’s unknown at this point if Golden Boy will agree to the Munguia vs. Adames WBC 160-lb title eliminator. Adames is with PBC, which suggests we could be presented with the same obstacle that sunk the Charlo vs. Munguia fight.

Earlier this week, Munguia rejected a purse bid for a WBO title eliminator against #2 Zhanibek Alimkhanuly (11-0, 7 KOs). Munguia is ranked #1 with the WBO. Had Munguia agreed to that fight, he could have been potentially elevated to the full WBO 160-lb champion if he was victorious against Zhanibek.

The current WBO champion Demetrius Andrade is going up to 168 to fight #1 Zach Parker for the interim title. Andrade isn’t expected to return to middleweight to resume defending his WBO title if he beats Parker.

It’s thought that the fight that Golden Boy and Munguia want is a match against IBF middleweight champion Gennadiy Golovkin. If Munguia waits until the smoke clears from Golovkin’s fights against WBA 160lb champion Ryota Murata in April and Canelo Alvarez in September, he can challenge GGG in either late 2022 or early 2023.

Munguia believes he’s at the stage in his career now where he can defeat the 39-year-old Golovkin, and he could be right. We’ll see what Golovkin has left in the tank after his grueling fights in 2022 against the heavy-handed Murata (16-2, 13 KOs) and Canelo (57-1-2, 39 KOs).

Boxing fans were skeptical when they first heard the news of the Charlo vs. Munguia negotiations taking place. It’s not that Charlo and his management would drag their feet on this fight.

It’s more of a case of Munguia and his promoters at Golden Boy, as if they were to take this dangerous fight, it would potentially ruin the possibility of fighting Golovkin or Canelo.


« Gervonta Davis vs. Rolly Romero on May 28th in New York

Shakur Stevenson explains why he didn’t sign with Mayweather »