Up until the tenth round, Porter (31-4-1, 17 KOs) had fought WBO welterweight champion Crawford (38-0, 29 KOs) to a virtual standstill. Many boxing fans had the fight razor close going into the tenth round.

If Porter could fight the so-called #1 welterweight in the division even after nine rounds, he’s retiring too soon.

There are a lot of fighters that hang up the gloves prematurely after a disappointing loss rather than looking at their performance objectively and giving themselves credit for what they did well.

“It was good that I got in there with someone like Shawn to build my confidence,” said Gervonta Davis to Fighthype on the sparring he recently did with Porter.

“He said some heat of the moment stuff. He was frustrated and didn’t get the outcome that he really wanted,” Tank said about Porter making a retirement announcement immediately after his knockout loss to Terence Crawford last Saturday night.

“But I don’t think he [Porter] should retire. I don’t think so. Yeah, he should probably take a rest. He needs it. He’s been fighting for a long time,” said Gervonta.

“If he takes that big long rest, it’ll probably help him in the long run. I’m thankful. I appreciate him saying that,” said Davis in reacting to Porter saying that he was one of the best fighters he’s shared the ring with.

What Porter should do is take a break, and learn from his loss to Crawford in the same way Canelo Alvarez learned from his defeat against Floyd Mayweather Jr.

If Porter can bounce back from his loss, there would be a lot of interest from boxing fans in seeing him and Errol Spence Jr. fight a rematch.

Porter barely lost to Spence two years ago in September 2019 in a fight that a lot of people thought he deserved the win.

In the meantime, Porter should fight Conor Benn. The young British welterweight has been calling him out, and it would be a great opportunity for Shawn to prove that he’s still a top guy by fighting Benn.

“I don’t know yet, but it’ll probably happen in the future,” said Gervonta about moving up to 147. 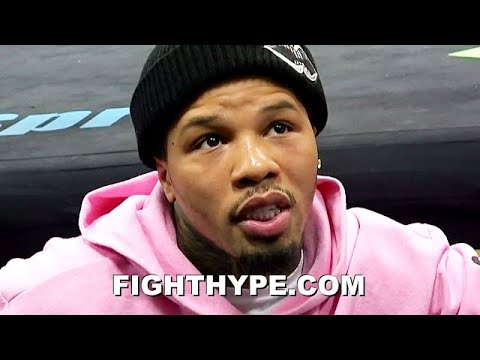 Teofimo Lopez predicts Kambosos lasts “One round, he’s too small” »