David Benavidez: ‘I will be the one to dethrone Canelo’

By Allan Fox: David Benavidez (24-0, 21 KOs) believes he will be the one to dethrone undisputed super middleweight champion Canelo Alvarez when he faces him.

Canelo has run out of opponents after accomplishing his goal of becoming the undisputed champion at super middleweight, and he’s now got to fight the guys that the boxing public has been pushing for.

Benavidez is at the top of the list, and if Canelo chooses not to face him, it’s going to make it obvious to all that he’s avoiding the former champion.

This Saturday, November 13th, Benavidez will be facing Kyrone Davis (16-2-1, 6 KOs) on SHOWTIME at the Footprint Center in Phoenix, Arizona.

Davis, 27, has been brought in as a replacement opponent for Benavidez to fight after his Jose Uzcategui tested positive for a banned substance and was pulled from the card.

Benavidez and Uzcategui had been scheduled to fight in an IBF & WBC 168-lb title eliminator.

“It was a good performance. What happened was exactly how I predicted,” said David Benavidez to Fighthype when asked about his thoughts on the Canelo Alvarez vs. Caleb Plant fight last Saturday.

“I thought it was going to start off good on Caleb Plant’s part, moving around on the defensive, but then Canelo was going to cut off the ring, working the body and then ending up catching him with a big shot.

“That’s exactly what happened. I said before that the fighters that are going to last with Canelo are the ones that have power,” said Benavidez.

“You can be defensive all you want, but sooner or later, you’re going to get caught with a big shot. So, I feel like you got to get him before he gets you.

These guys he’s been fighting in his last four fights looked like they just wanted to make it to the 12th round. I feel like to beat Canelo; you have to leave it all in there every single round. That’s what I took from the fight.

“When Caleb Plant would utilize his combinations, he’d have a lot of success,” said Benavidez. “From my standpoint, seeing the jab, I feel like I have a better jab than Caleb Plant.

“I have a stronger jab and throw combinations really well, and I’m a body puncher too. I see a lot of things and a lot of potential holes in Canelo’s game plan that I feel I can expose,” said Benavidez.

Combination punching, fast pace, and body shots are what give Canelo a lot of trouble.

In Canelo’s first fight with Gennadiy Golovkin, he looked like he was falling apart in the final round when GGG suddenly opened up with a flurry of shots in the last seconds.

Suppose Golovkin had fought like that the entire fight; he likely would have knocked Canelo out. He doesn’t seem to handle furious attacks well.

“I can hurt him” – Benavidez on Canelo

“You’ve got to leave it all in there. You can’t just try to make it past every round and make it to the 12th round. You’ve got to fight your heart out. You got to go to hell and back,” said Benavidez.

Looking at the first and second Golovkin fights, I feel like that’s exactly what Golovkin did, and that’s why he had so much success, and that’s why it was such a good fight. Each man was trying to end it every single round,” Benavidez said.

“I feel like out of all those three guys, I feel like I’m the strongest, the fastest, and I’m the youngest of them all. I’ve got 24 fights with 21 knockouts,” said Benavidez in comparing himself favorably to the guys Canelo has beaten at 168 to become the undisputed champion.

“I feel like if I had fought those three guys – [Rocky Fielding, Callum Smith, and Billy Joe Saunders] – I would have had the same results and stopped all those guys too.

“I’m a combination puncher; I’ve got a great jab and some great body shots,” said Benavidez. “I’m hungry, and I want this opportunity. I feel like I can hurt you, and I believe in my punching power. So, I know he’s [Canelo] strong too, but I feel if I land the right shots, I can hurt him too.

“I think he [Plant] shouldn’t have run his mouth so much and made a big deal, but I guess you got to do what you got to do to sell the fights. It was a good fight,” Benavidez said.

The body punching that Benavidez does makes him very dangerous for Canelo because that is his weakness. Interestingly, it’s rare that Canelo faces an opponent willing to target his body because they’re afraid of being countered.

We saw Austin Trout and Floyd Mayweather Jr. both hurt Canelo with body shots years ago. Indeed, Canelo was so hurt by a body shot in his fight with Trout that he spent the entire second half of the contest with his back against the ropes, shelled-up.

“I just got done with a seven-mile run, I’m cutting weight, and I’m not even getting tired,” said Benavidez. “I’m in great condition. I just got to go out there and show out and give the fans what they want to see. They want to see punches in bunches, and they want to see knockouts. That’s what I’m giving them.

“I took him [Kyrone Davis] very seriously. I was getting ready for somebody else [Jose Uzcategui], and I took that person seriously too. So, I had a tremendous training camp.

“I’ve been training for about four and a half months because before I caught COVID, my training camp was done already. It was two weeks before the fight, so I got COVID. I trained for three weeks, and so I’m basically coming off of two camps.

“I take every opponent seriously. Tyrone Davis, he had a great last fight with Anthony Dirrell, so I know he’s a live dog in there. He knows this is a big opportunity for him, too, so we’re taking this very seriously.

“I haven’t heard anything from the promotion companies,” said Benavidez when asked about whether he’s in the running to be Canelo’s next opponent. “Obviously, we know we’re the frontrunners for that fight [with Canelo].

“So, we’re going to fight this fight [Kyrone Davis], get the victory, and go back to training camp.

“So, I just got to be prepared for anything. I was supposed to be the mandatory in my last fight because I won the WBC title eliminator [at 168].

“And this one was supposed to have been an IBF and WBC title eliminator. But then [Jose] Uzcategui popped dirty for steroids, and they took the title eliminator away,” Benavidez said.

Kyrone Davis is a step down from the last fight Benavidez had against Ronald Ellis, and it should be an easy one for him.

It’s too bad that Davis is the best they could get as a replacement opponent to take the place of Jose Uzcategui, but oh well.

“I feel like I’ve got to be ready. I turn 25 in December, and I feel like I’m coming into my prime now and very focused. I’m very motivated and training really hard,” said Benavidez about his view that he’s ready to fight Canelo.

“I know the big fights are on the horizon, but if we don’t get that fight, [with Canelo], it’s fine. I’ve got a lot of time left. My job is to fight whoever is in front of me, so we’re going to be ready for any situation going our way.

“Yeah, I believe they’ll [Team Canelo] take a fight with me soon because Canelo really cares about what people say about him. I think I’m big credibility right there.

“Everyone wants to see the fight, and everybody wants to see him with a young lion. He’s been taking over the division one by one.

“That would be amazing, and that’s exactly what we’re training for. It’s going to happen, and I will be victorious,” said Benavidez when told that it would be great to see him fighting Canelo on the Cinco de Mayo holiday weekend in 2022.

It’s unlikely that Canelo will choose to fight Benavidez next on Cinco de Mayo in 2022.

The fighters that have a good chance of getting the next shot against Canelo are these five:

Benavidez is probably the least likely guy to get a fight with Canelo because he’s dangerous, and he doesn’t have a world title to offer him.

Canelo seems to have a hang-up right now about wanting to fight mainly title holders, and Benavidez doesn’t meet that qualification. In other words, he’s more trouble than he’s worth. 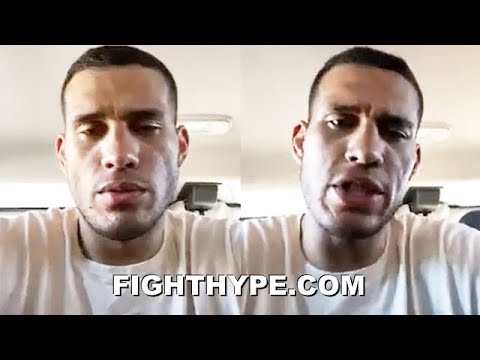 
« Roman ‘Chocolatito’ Gonzalez vs. Juan Estrada 3 in the works for Jan.22 in California