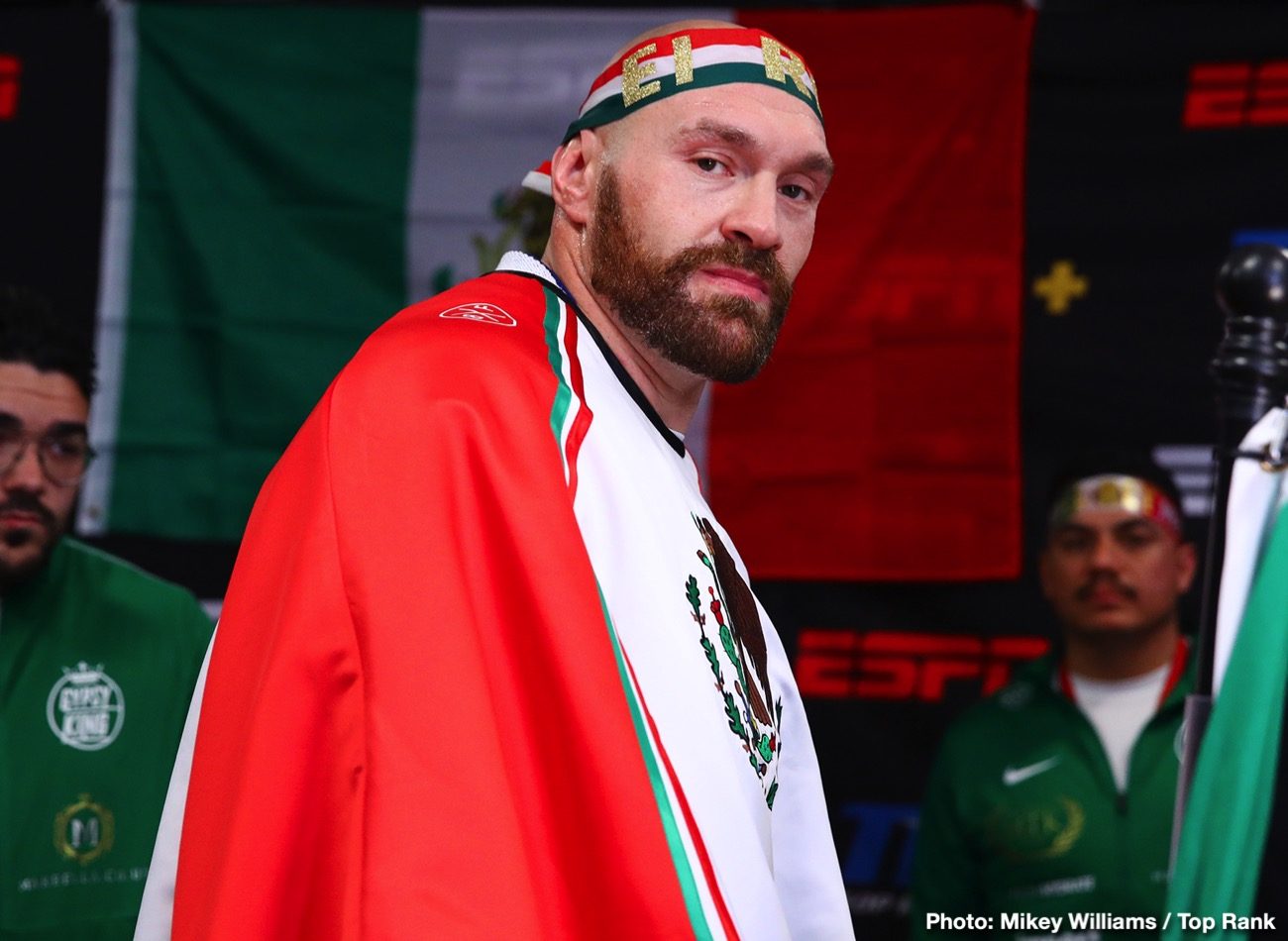 Fury sounds like he’s getting his excuses ready if things don’t go his way against Wilder. With Fury bellyaching about getting worked over by FIVE sparring partners in camp, he’ll be given a pass by fans if Wilder gives him a royal pasting on October 9th.

Like always, WBC heavyweight champion Fury (30-0-1, 21 KOs) has been sparring with the talented 21-year-old American Jared Anderson. He obviously has been putting ‘The Gypsy King’ through the wringer in getting him ready for Deontay.

The young gun ‘Big Baby’ is rumored to have knocked the stuffing out of Fury in sparring for the July 24th postponed trilogy with Deontay. Unfortunately, the fight needed to be delayed due to Fury getting COVID-19, which was convenient for Tyson.

Fury reportedly was having a dreadful training camp preparing for Wilder, and things were looking bad for the 6’9″ Tyson.

Then out of the blue, Fury gets COVID-19, which gave him another three months to prepare for the Deontay clash. How lucky was that?

Fury, 33, and former WBC champion Wilder (42-1-1, 41 KOs) will be battling in their trilogy match on pay-per-view at the T-Mobile Arena in Las Vegas.

The Fury vs. Wilder III contest winner will be taking on the Anthony Joshua vs. Oleksandr Usyk II winner for a massive pot of gold in 2022. Wilder is the spoiler for Fury and arguably for boxing because the world wants to see Joshua-Fury in 2022.

If Fury successfully defeats Wilder next Saturday night, he could get a massive $100 million+ payday against Joshua if he’s victorious against IBF/WBA/WBO heavyweight champion Usyk in early next year.

Joshua vs. Fury would bring in massive money in the UK or the Middle East. Unfortunately, Fury vs. Usyk likely won’t do nearly as well, but it’ll still be good money for ‘The Gypsy King.’

“I feel terrible, absolutely terrible. But if you did an eight-week training camp and you were just winding down, and you feel fantastic, you didn’t do it right,” said Tyson Fury to the Daily Star.

“If you brutalize your body for eight weeks, training twice a day, six days a week, getting battered to bits in sparring by four or five different guys at a time, if you feel great, then you’re a bionic human being.

“And in a week’s time, I will feel fantastic,”  Fury predicts.

Oh my, look at Fury already coming up with excuses to try and explain away a loss to Wilder.

You can argue that by Fury planting the seeds of doubt ahead of time by blabbering about how “terrible” he’s feeling, hoping boxing fans give him a pass if Wilder knocks him out – again.