By Jeff Aronow: Gennadiy ‘GGG’ Golovkin’s ex-trainer Abel Sanchez says Canelo Alvarez doesn’t need a fight with GGG at this point in his career. Golovkin had two chances to beat Canelo in 2017 and 2018, and he failed both times by fighting too passively.

The former four-division world champion Canelo (56-1-2, 38 KOs) wants to cement his legacy, and he has four or more fighters in front of him that he’s interested in facing says, Sanchez.

Golovkin (41-1-1, 36 KOs) needs the superstar Canelo more than the other way around because the Mexican star is focused on winning the undisputed super middleweight championship on November 6th against Caleb Plant.

If Canelo successfully becomes the undisputed champion, he could face Jermall Charlo or David Benavidez next.

There’s a good possibility Canelo will fight both of those fighters before leaving the 168-lb division to attempt to become the undisputed champion at 175.

“I think GGG needs him more than Canelo needs him,” said Abel Sanchez to Fighthub when asked about his thoughts on whether a trilogy match is possible between Golovkin and Canelo Alvarez.

“I think it’s a decent fight only because it’s the type of fight that brings Gennadiy up for it, but Canelo has got three or four guys lined up that he wants to fight.

“He’s [Canelo] looking for a lot of different things, and Gennadiy is not one of them,” said Sanchez on Canelo not being interested in fighting Golovkin again.

What hurts Golovkin’s chance of ever getting another fight against Canelo is the way he’s shut down his career by fighting rarely and not taking on risky opposition since 2018.

Golovkin’s opposition since losing to Canelo in 2018:

Gennadiy can’t blame the pandemic on fighting three times in the last three years because that problem didn’t pop up until late 2019. Moreover, the pandemic isn’t stopping Golovkin from fighting better opposition, and that’s his decision.

If Golovkin wanted a trilogy match with Canelo, he should have fought these fighters to earn the fight:

“In Gennadiy’s career and at this point with his age, I think there’s a lot of threats. Not a threat to beating him but of beating [on him] him, of hitting him, of doing what [Sergiy] Derevyanchenko],” said Sanchez on GGG’s threats he faces at age 39.

“Fights like that where his face comes out like the Derevyanchenko fight, I think there are several threats at 160.

There are a lot of fighters at 160 and 168 that would be a threat to Golovkin, and he should have already fought them.

Golovkin could probably beat many of the threats in both weight classes, but those would be punishing fights for him.

Andrade and Charlo are still winnable fights for Golovkin, but he probably won’t ever fight them. Golovkin isn’t showing the same kind of ambition at this point in his career that Canelo is. GGG’s last fight against Szeremeta is a perfect example of that. What a waste of a fight.

Another example of Golovkin failing to take risks is his next fight, which is expected against WBA middleweight champion Ryota Murata in December.

Many boxing fans see Murata as the weakest link among the champions at 160.

Some fans see Murata as a paper champion, and it’s disappointing that of all the belt holders in the 160-lb division,  Golovkin would pick him to fight.

“[Demetrius] Andrade wouldn’t be so much of a threat,” Sanchez said when asked if Demetrius Andrade would be a problem for Golovkin at this point in his career.

“No, Andrade would never get close enough to make it a fight,” said Sanchez in meaning that Andrade wouldn’t get in the trenches with Golovkin to give him a chance of winning.

“It would be a good fight between Gennadiy and Beterbiev. That would be a great fight. Strength-wise, size-wise, and physicality. Right now,” said Sanchez.

Abel is probably correct about WBO middleweight champion Demetrius Andrade not being able to beat Golovkin. The way Andrade struggled in his last fight against Liam Williams, he won’t Golovkin, even now.

Golovkin vs. Artur Beterbiev would be a great fight, but it probably won’t happen. GGG would need to be willing to move up to 175 the way Canelo did to tackle Beterbiev, and he’s not shown the same ambition as the Mexican star. 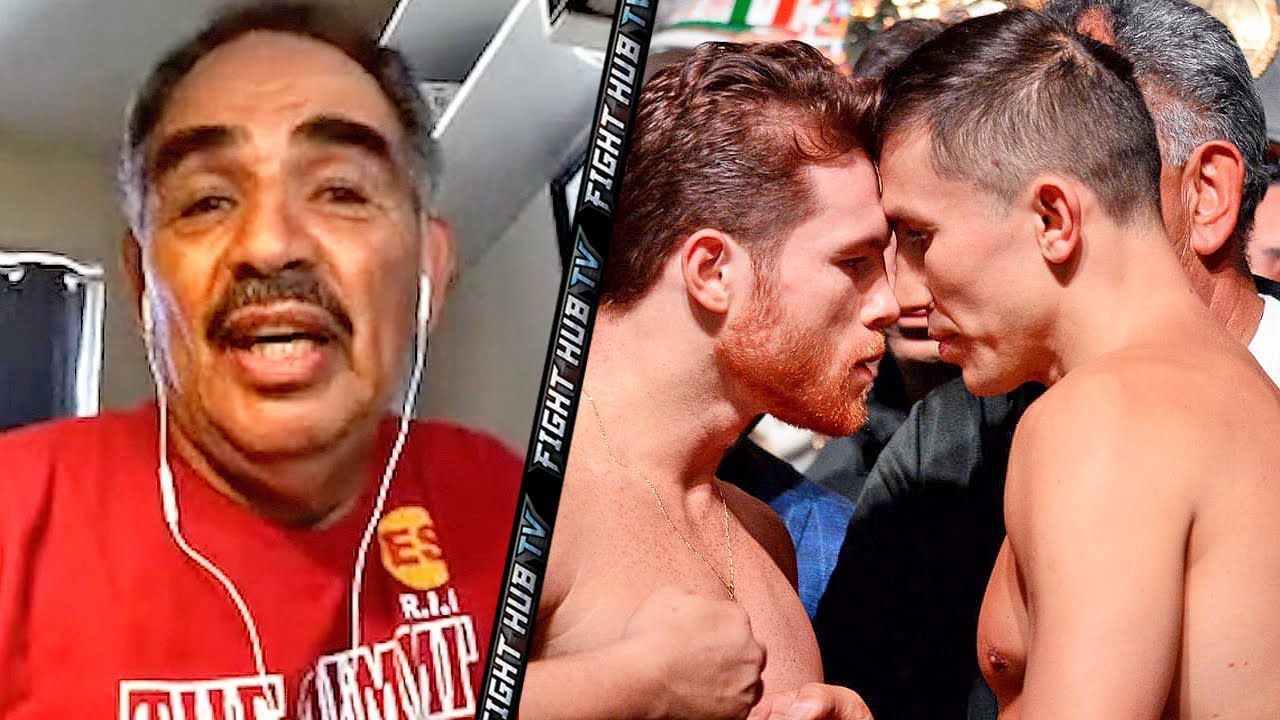