By Ian Aldous @ ringside: Sadly, the headline act was pulled on fight day itself. Chris Eubank Jr. was due to battle late-replacement Anatoli Muratov over 12 rounds at middleweight. However, concerns were raised over the Kazakh-German’s pre-fight medicals and the main event was scrapped.

With less than 12 rounds of action under his belt since February of 2019 – Eubank Jr. will be desperately disappointed and hopeful of returning to the ring ASAP. Inactivity continues to stain his promising career.

Boxing nicely in spurts, challenger Liam Taylor was simply unable to deter David Avanesyan’s renowned pressure and took a knee following a right-hand in the first round of their main-event championship clash.

The defending European champion was simply too strong and hit too hard. Taylor was saved from further punishment on the ropes as Avanesyan’s power told in the second round.

Uppercuts, hooks, and right-hands landed with too much regularity. The Russian scores his fifth consecutive stoppage win, and his fourth successful European title defence. A world title shot surely awaits.

Opening the Sky Sports broadcast, cruiserweight Richard Riakporhe was content on using his stiff jab before opening up and utilizing his right hand in the second round. Krzysztof Twardowski was eager to engage but maybe felt as though he was slightly outgunned.

The pedestrian pace upped by the fifth round and the 9-2 Pole had his moments. The ex-British champion looked rusty, quite reasonable considering his 22 months of inactivity.

A timed counter right-hand hurt Twardowski in the seventh round, but he refused to budge. It would likely have felled many other cruiserweights.

An overhand right dramatically dropped Twardowski who rose to his feet as quickly as he went down in the eighth and final round. The Londoner remained undefeated via a 79-72 referee’s scorecard. 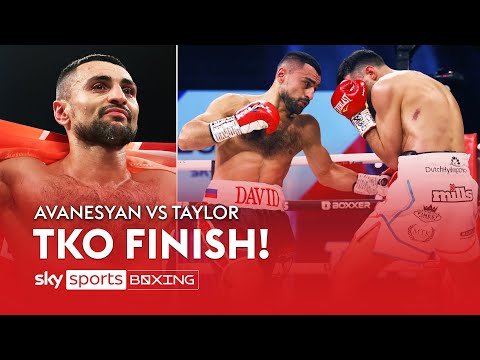 Germaine Brown delivered some nice, neat bodywork early on, but was unable to put a dent in Jamal LeDoux. It certainly wasn’t one-way traffic as the entertaining ten-rounder advanced.

When up close, it was Brown who would get the better of the action, which at times could have been fought in a phone booth. ‘G-Man’ rocked LeDoux several times with hard right-hands in the fifth round, and his superior hand speed was the difference.

He earned himself a 99-92 points win and a shot at English super-middleweight champion, Charlie Schofield.

On her professional debut, Ebonie Jones started aggressively catching Vaida Masiokaite with right-hands in the first round. The Team GB amateur standout out-landed her much taller opponent throughout but shipped plenty of shots herself. Jones wins 59-55.

An uppercut in the third badly staggered the Albanian, before Udofia put his foot on the gas and the corner was forced to throw the towel in to save their man.

Udofia moves to 17-0 and impressively passed this test, which appeared a considerable step up in opposition. 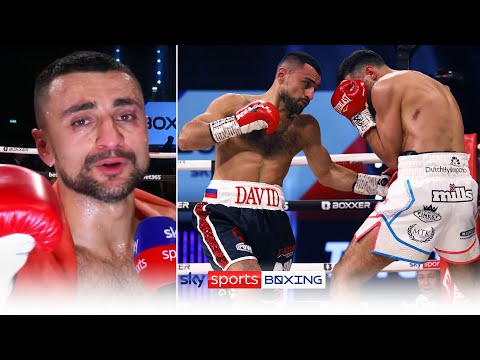 Former one-night Boxxer tournament winner, Mikael Lawal scored the first knockout of the evening in dubious circumstances. Already bloodied, Benoit Huber looked almost out on his feet from a massive Lawal right-hand in the third round, and the referee immediately waved the contest off. Huber’s vehement protestations fell on deaf ears.

Super-bantamweight Razor Ali continued his pro-education with a points win over the teak-tough Stefan Nicolae. The Iranian won with a 60-54 whitewash.