By Barry Holbrook: Unbeaten welterweight contender Conor Benn says he wants a fight against former world champions Chris Algieri or ‘Vicious’ Victor Ortiz in his next bout in December.

Former four-division world champion Adrien ‘The Problem’ Broner (34-4-1, 25 KOs) is also on Benn’s target list, but thus far, Conor’s promoter Eddie Hearn hasn’t had any luck in getting this fight made. Broner may be out of Benn and Hearn’s price range for the December fight.

Algieri, 37, is the preferred opponent that Benn wants for his next fight. Chris has won his last four contests since losing to Errol Spence Jr. by a fifth round knockout in 2016.

Algieri has a lot of experience, having fought Spence, Manny Pacquiao, Amir Khan, and Ruslan Provodnikov. Benn would do well if he could get Algieri to agree to the fight. Moreover, it would give Algieri a chance for a nice payday, which he’d likely be glad to get at this late stage of his career.

“You got to look at my last three performances from Vargas to Granados to Formella,” said Conor Benn to iFL TV. “Formella’s only loss comes to Shawn Porter. “Samuel Vargas just come off the back of doing seven rounds with Virgil Ortiz. You got Granados, who beat Adrien Broner.

“So those are my last three fights. When you beat them, you gain ring experience and you learn about your craft and ring generalship.

“I was a kid then. To fight the Kell Brooks, the Adrien Broner’s, these are the sort of fights we want. I’m not about the end goal now. I’ll get there. It’s about learning now,” Benn said.

Victor Ortiz recently came off of an extended three-year period of inactivity to defeat Robert ‘The Ghost’ Guerrero by a close 10 round unanimous decision on August 21st.

The 34-year-old Ortiz looked very rusty, and nowhere near the form he showed in his fights a decade ago when he was fighting Marcos Maidana, Floyd Mayweather Jr, Andre Berto, and Lamont Peterson.

There is a downside for Benn in fighting Algieri, Broner, or Ortiz. The boxing world is going to see Benn as a guy that is only focusing on over-the-hill fighter rather than testing himself the way Jaron Ennis and Virgil Ortiz Jr. are doing.

Both of those guys are the same age as Benn at 24, but they’re not targeting older fighters.

“That’s a fight I love,” said Benn when asked about David Avanesyan. “Why would I not?

“I’m not calling him out because there are other fights that I want. I fancy my chances. So there ain’t nothing to do. I’m a big name.

“The risk-regard of fighting David Avanesyan isn’t great. If he’s put in front of me, I’ll fight him.

“Chris Algieri and Victor Ortiz, former world champions, they’re fights I want as well. That’s my team’s decision to guide me to a world title.

“I’m heading towards the likes of [Yorgenis] Ugas high up in the WBA. But if they put the Avaneysan fight to me, of course, I’ll take it.

‘There’s going to be loads of people on the way, ‘Conor’s scared.’ I ain’t really, mate.

You can understand why Benn wouldn’t want to fight David Avanesyan. He hits hard, and he’s someone that would force Benn into a dog fight.

It would be admirable for Benn to face Avanesyan, but he doesn’t have the experience of taking on a fighter like this. 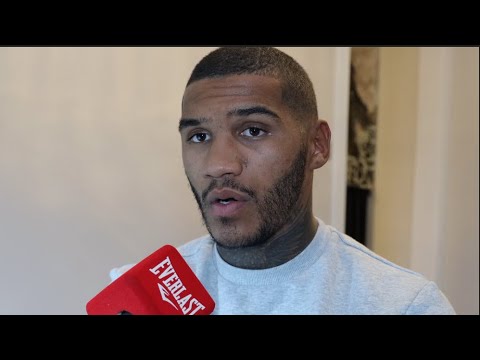