By Allan Fox: Manny Pacquiao is talking about his fight this Saturday night against WBA welterweight champion Yordenis Ugas possibly being the last of his 26-year-old professional career.

The Filipino star isn’t saying why he might retire, but it’s believed that he wants to run for the presidency of the Philippines soon. Trying to juggle a presidential campaign and a boxing career could prove impossible for Manny.

It’s already tough enough, as it with Pacquiao with him having been out of the ring for the last two years since 2019.

We don’t know what Pacquiao has left in the tank after his two-year absence, as well as his grueling last fight against Keith Thurman.

While Pacquiao won the fight against ‘One Time’ Thurman, it was one of the most punishing of his career.

Thurman was putting hands on Pacquiao in the last half of the contest, and it proved to be a tough fight for the Filipino star.

“I’m ready for the fight on Saturday,” said Manny Pacquiao to Fighthype. “Never underestimate your opponent. He can punch also. Always keeping it safe 100%. Thank you all the fans for boxing all over the world. I hope you all watch this fight.

“It’s going to be a good fight. It might be my last fight or more. I don’t know,” said Pacquiao. 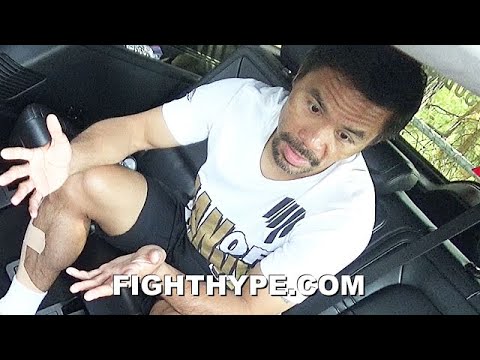 “I’m interested in seeing how Ugas adjusts to it,” said Robert ‘The Ghost’ Guerrero to Fighthype in giving his thoughts on the Pacquiao vs. Ugas fight.

“Not having a lot of left-handed experience and especially fighting Pacquiao, who is fast, hits hard, herky-jerky, in and out. It’s going to be interesting to see,” said Guerrero.

If Pacquiao wins, he’ll likely hang around and fight Errol Spence Jr in 2022.

Ugas to show what kind of fighter he is

“This fight is going to show what kind of fighter Ugas really is to make those adjustments.

“Oh yeah, I see Pacquiao edging this fight out. Ugas is a tough guy, though, and he comes to fight. 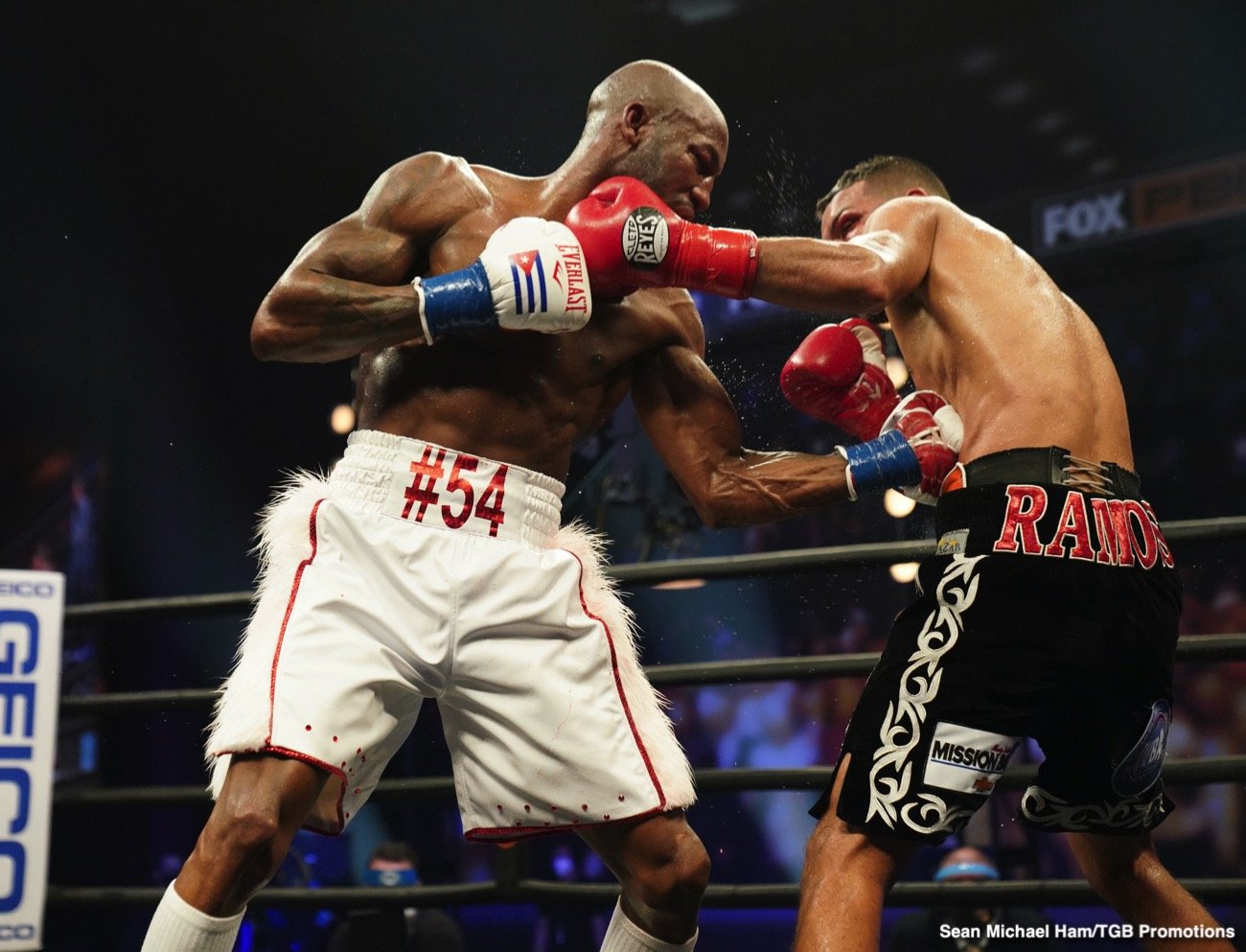 “He’s always in great shape and throws a lot of punches, and he’s in and out. But anything can happen, though. This is a big opportunity for Ugas.

“You’ve got the legendary Manny Pacquiao in front of you. It would have been nice if they moved me up [to replace Errol Spenece Jr. as Pacquiao’s opponent].

“I would have loved it. Two lefties going at it. We’re both prepping for lefties.

“Yeah, I sparred Pacquiao back in the day,” said the 38-year-old Guerrero. “I sparred him just one time, and I did fairly well, and I’ll just leave it at that.

“Manny is a phenomenal fighter and being in the ring with Thurman. He is a good boxer on his toes. If you put some pressure on him, some fast pressure, and he starts falling apart a bit,” said Guerrero.

Ugas’ power and body punching will give Pacquiao something to think about, but the Filipino star’s speed and high work rate will be too much.

As long as Pacquiao hasn’t aged out in his two years out of the ring, he should win this fight by a convincing 12 round unanimous decision over Ugas.

It won’t be easy, though, because Ugas is a tough fighter and one of the division’s top six or seven welterweights.

I rate these 147-pounders as better fighters than Ugas:

‘The Ghost’ Guerrero still troubled by loss to Thurman

“My problem was, I got started too late in the fight [against Thurman],” Guerrero continued. “I approached the first half of the fight almost like it was a sparring session.

“That goes back to the way I was training and not being 100 percent focused on what I had to do to be ready for Thurman.

“I started real slow like it was a sparring session, and I already knew I was down four rounds by the fifth round, and then I went down.

“And I was like, ‘Oh, man, now I’m way behind. I got to play catch up or knock this guy out.’ Thurman is very good on his toes, floating and pot-shotting and picking his spots.

“That’s when I really knew that I had to press on the gas. But I really feel that if I had pressed on the gas from start to finish, I don’t think he would have lasted,” said Guerrero.

Robert fought well in the first half of the fight against Thurman, but he struggled badly in the second half, getting dropped in the ninth round.

“Definitely, that’s a rematch that I would want. Thurman is a little older now; he’s been out of the ring for a while,” said Guerrero.

“He’s tasted defeat; he’s got a family now. All those things play a factor, and it changes. I’m interested to see how he’s going to come for his next fight, whoever it is.

“Definitely, it’s got to be an exciting fight; I’ve got to show,” said Guerrero when asked if he must look great against Victor Ortiz on Saturday night for him to have a chance to get a big fight.

“That’s what I do every time I fight. I come and get it. The one thing about Victor Ortiz is, he’s that type of fighter also.

“No matter what fight Victor Ortiz is in or who he’s fighting with or myself, it’s always a great fight.

“The fans are going to love it on fight night, and I think it’s going to throw me back in with one of those big fights,” said Guerrero.

Former WBA/WBC welterweight champion Thurman seems to be hunting for bigger fights against Pacquiao and Errol Spence Jr rather than looking for a match against a washed fighter like Guerrero.

We haven’t seen anything special from the former two-division world champion Guerrero lately.

Indeed, Guerrero’s last victory over a notable fighter was against Andre Berto in 2012, and that was nine years ago. Guerrero has won only five fights since 2012, and those were against lesser fighters.

If Premier Boxing Champions asks Thurman whether he would be interested in facing Guerrero, he’ll probably reject the idea and might get upset.

For Thurman to be asked by PBC if he would be interested in fighting Guerrero, it would be them sending him a message that they see him as no longer capable of beating top-level fighters, which he might not be at this point.

We don’t know what Thurman has left after two years out of the ring. He’s in the same boat Pacquiao is in right now, so it’s going to be interesting to see what both of them have left.

Thurman still doesn’t have a fight scheduled, but he’s expected to have an announcement fairly soon for a match in October or November, but don’t count on Guerrero being his opponent.


« Brandon Figueroa vs. Stephen Fulton on Sept.18th on Showtime