Brandon Figueroa vs. Stephen Fulton on Sept.18th on Showtime

By Jim Maltzman: WBC super bantamweight champion Brandon “Heartbreaker” Figueroa (22-0-1, 17 KOs) and WBO 122-lb champion Stephen Fulton (19-0, 8 KOs) will are set to battle next month in a unification clash on September 18th at the Park Theater in Las Vegas, Nevada. The fight will be televised on SHOWTIME.

This is a Premier Boxing Champions event tickets went on sale earlier on Monday at ticketmaster.com.

The 24-year-old Figueroa, the younger brother of former WBC lightweight champion Omar Figueroa Jr., is coming off a seventh round knockout victory over WBC 122-lb champion Luis Nery last May.

The win for ‘Heartbreaker’ Figueroa was arguably the best of his six-year professional career, as he hadn’t faced anyone near as good as Nery going into that match.

Up until then, Figueroa’s best wins were over Damien Vazquez and Julio Ceja, neither of which are anywhere near the level of Nery. 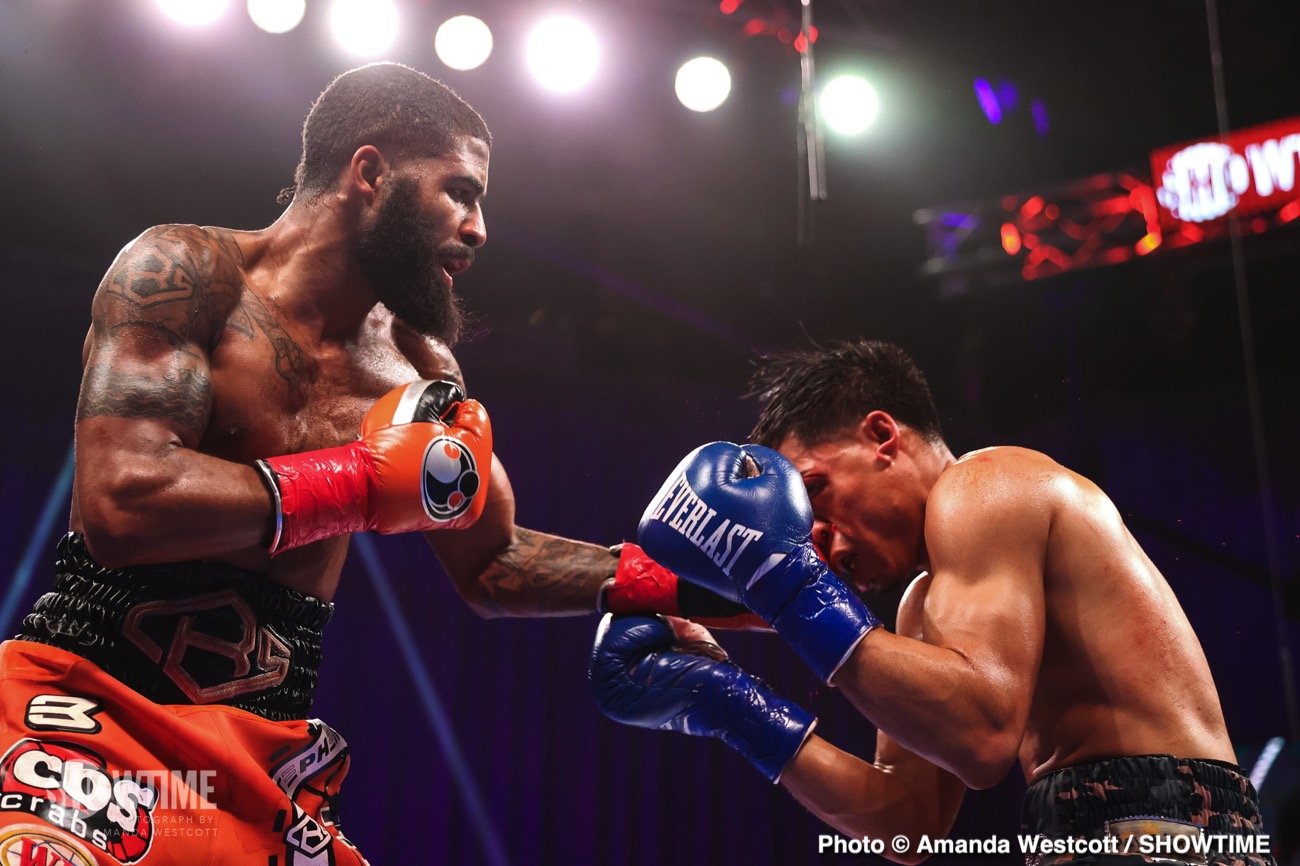 This should be a good fight between Figueroa and Fulton for as long as it lasts. Figueroa will likely be the favorite to win, but after the punishment that he absorbed in his last fight against Nery, it’s unknown if he’s ready for another war.

Figueroa, 5’8″, has impressed over the last two years, beating the following fighters:

Brandon has been incredibly busy in the last three years, fighting nine times like his brother Omar Figueroa. Unfortunately, you don’t see that kind of activity from most top fighters in boxing anymore.

Many of the top fighters only fight one to two times a year and rarely three times.

Fulton has come a long way since turning professional in 2014. In contrast to Figueroa, Fulton started slowly in the first three years of his career, but he’s picked up quickly, beating these talented fighters:

The winner of the Figueroa vs. Fulton fight will be in a great position to face IBF/WBA 122-lb champ Murodjon Akhmadaliev for the undisputed championship in the division. For the Figueroa-Fulton winner to beatAkhmadaliev, it would say a lot.

The 2016 Olympic bronze medalist Akhmadaliev (9-0, 7 KOs), who comes from Uzbekistan, might be the class of the 122-lb division right now. Akhmadaliev, 26, has recent wins over Ryosuke Iwasa and Daniel Roman to cement his position as the #1 fighter in the super bantamweight division today.