Bob Arum open to Lomachenko vs. Gervonta Davis or Haney next

By Matt Lieberman: Bob Arum is interested in setting up a fight between Vasily Lomachenko and Gervonta ‘Tank’ Davis next if both guys win on Saturday night.

Lomachenko is fighting the upset-minded Masayoshi Nakatani (19-1, 10 KOs) in a Top Rank promoted card on ESPN at the Virgen Hotels Las Vegas.

For his part, Tank Davis (24-0, 23 KOs) is challenging WBA ‘regular’ light welterweight champion Mario Barrios (26-0, 17 KOs) at on Showtime pay-per-view from the State Farm Arena in Atlanta. Tank is the favorite in that fight as well.

If Tank’s promoter Floyd Mayweather Jr nixes that idea, Arum would like to set up a fight between Lomachenko (14-2, 10 KOs) and WBC lightweight champion Devin ‘The Dream’ Haney next.

That’s a logical fight to make, given that Lomachenko is ranked #1 with the World Boxing Council at 135. However, according to Arum, Devin’s dad, Bill Haney, would need to give his blessings for the Lomacenko fight.

Bill has talked positively in the recent past about a fight between Haney and Lomachenko. So unless he’s changed his mind or has someone else he’d prefer Haney to fight next, Lomachenko would be ideal.

As of last week, Bill mentioned Gary Russell Jr and Joseph Diaz Jr as options for Devin’s next fight.

“If you look at [Teofimo] Lopez, because he didn’t take precautions and got COVID, he will probably only have one more fight this year, and that’ll be the Kambosos fight,” said Bob Arum to Fighthype when asked if the Lomachenko vs. Gervonta Davis fight could potentially get made next if both guys win on Saturday.

“Obviously, if Lomachenko wins [against Nakatani], he doesn’t want to sit around waiting,” Arum continued.

“Lomachenko only wants to fight the best, and who are the best? Maybe Devin Haney or Tank Davis.

“I mean, Loma would consider both of them big challenges, and we would certainly like to make those matches. But again, it takes two to tango.

“Number one, as far as Tank Davis, what does Floyd [Mayweather Jr] think about that? He’s the manager or promoter, and nobody is more of an astute boxing scholar than Floyd Mayweather. He knows boxing,” said Arum. 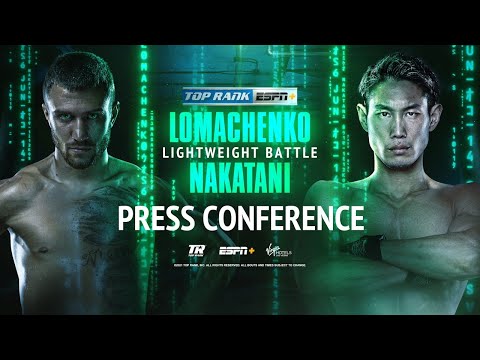 If Ellerbe and Mayweather Promotions continue their trend with how they match Tank, it’s predictable that they’ll put him in with Rolly Romero next.

Boxing fans wouldn’t be excited about a Tank vs. Rolly fight, but they’re getting accustomed to being disappointed with the guys Gervonta is routinely matched against.

“As far as [Devin] Haney is concerned, it depends on whether his father Bill Haney wants the fight,” said Arum about Lomachenko vs. Haney fight. “I don’t know.

“If Lomachenko wins, and it doesn’t look like there’s going to be a Lomachenko-Teofimo rematch this year, we would welcome either of those two guys.

“I have no idea until I talk with them,” said Arum when asked which of the two are the more doable fights for Lomachenko.

“I’ve never mentioned this to Floyd or Ellerbe, but I would. I know that Bill Haney has said that he would want Devin to fight Lomachenko. But again, on what terms and how much,” Arum said.

Arum has a much better chance of putting a fight together between Lomachenko and Haney than with Tank Davis.

Bill and Devin want a big fight, and they’re not going to be able to set up a fight with IBF/WBA/WBC Franchise/WBO 135-lb champion Teofimo Lopez this year.

That’s the match that the Haney’s wanted, but Teofimo came down with COVID 19, which pushed his title defense against George Kambosos Jr back.

Initially, August 14th was the date that was mentioned as the date for the postponed Teofimo vs. Kambosos Jr fight, but not that’s been moved to September 11th.

That’ll Teofimo’s last fight of 2021 because he wants to be with his wife, who be having a child in potentially October or November.

Teofimo will be done for the year after Kambosos

“Now he can’t get a fight in,” said Arum about Teofimo being unable to get a second fight in later this year due to his wife having a baby. 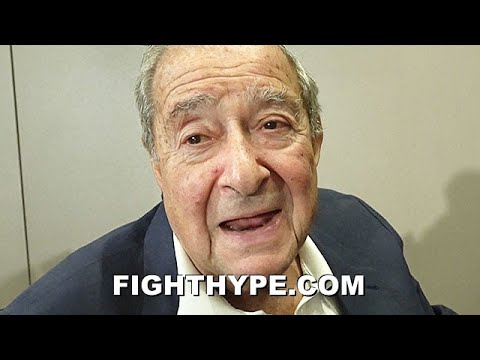 “Lopez still has that fight with Kambosos that he has to do, but that fight won’t happen now until September I hear.

“Lopez doesn’t want to fight in November because his wife is having her first child and you can’t blame him.

“So forget about him fighting for the rest of the year after the Kambosos fight. That probably won’t happen until next year,” said Arum about a fight between Haney and Teofimo.

“So what are the guys going to do? Sit on their a** until next year? I don’t think so,” said Arum about Haney, Lomachenko, and Tank.

It’s too bad Teofimo will be done for the year after the Kambososo Jr fight in September. Teo is too talented to be fighting just once a year.

He made a big production about getting top dollar for what many boxing fans see as a non-marquee title defense against Kambosos.

But now he’s going to miss out on a payday because of getting COVID 19, which defeats the whole purpose in pushing for the Kambosos Jr fight to be placed on PPV.