By Eric Flaherty: Mario Barrios says the smaller 5’5 1/2″ Gervonta ‘Tank’ Davis will find out the hard way how size DOES matter on Saturday night when he gets inside the ring with him. Showtime pay-per-view will be televising the fight.

Tank Davis (24-0, 23 KOs) is trying to impress the boxing public by going up two weight classes to challenge the unbeaten 5’10” Barrios (26-0, 17 KOs) for his WBA World light welterweight title at the State Farm Arena in Atlanta.

During Thursday’s final press conference, Tank told the media that Barrios will be in for a surprise and that his size won’t matter. We’ll see on Saturday if he’s correct.

Barrios ready to use size against Gervonta

“I’m ready and looking forward to Saturday night,” said Barrios to Fighthub. “He’ll find out come fight night how much a size difference will make, especially with two weight classes.

“A perfect victory will be any victory for me on Saturday night, whether it be a stoppage or if it goes the distance. As long as I go in there and fight might fight, it’ll be a perfect victory,” said Barrios.

It’s not going to help the 5’10” Barrios if he gives away his height and reach advantage by allowing Tank to come inside on him to bang away with his best power shots.

The management at Mayweather Promotions has watched the fights of Barrios, and noted that he lets his shorter opponents get on inside on him. That’s clearly one of the reasons they made this fight.

Josh Taylor, the undisputed champion at 140, also fights on the inside like Barrios, but he’s a better fighter. Mayweather Promotions weren’t going to go that far in letting Tank fight a bigger guy.

They’re not crazy. This fight is calculated move on their part because there is a chance Tank could lose, especially if Barrios changes his fighting style and stays on the outside the entire night.

“Tank is a skillful fighter, but his power has been overwhelming too against the smaller opponents that he’s faced,” said Barrios. 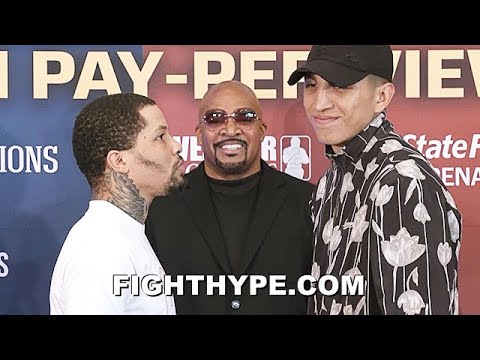 “We watched a little bit [of Gervonta’s last fight], but Leo Santa Cruz is a completely different fighter than me,” Barrios said. “The way he fought Santa Cruz isn’t going to be the way he fights me.

“Getting the right sparring partners that mimicked his style and the same stature,” said Barrios.

If Barrios gets hit as often as he did in his recent fight against Ryan Karl, he’s going to have problems with Tank. He can’t let Davis tee off on him how Karl was during parts of their fight.


« Bob Arum open to Lomachenko vs. Gervonta Davis or Haney next