By Sean Jones: Super flyweight champions Juan Francisco Estrada and Roman ‘Chocolatito’ Gonzalez both weighed in at 114.8 lbs on Friday afternoon for their fight this Saturday, March 13th on DAZN from the American Airlines Center in Dallas, Texas.

If Estrada fails to win, this will probably be his last shot. He can’t wait another eight years to fight Chocolatito. Estrada has got to do it this time and stop complaining already about his loss from 2012.

There’s been a lot of hype about the Estrada vs. Chocolatito 2 fight since it was first announced months ago, and hopefully, the contest lives up to the huge billing.

Up until recently, Chocolatito was looking like an over-the-hill fight with his two losses to Sriskaet Sor Rungvisai and his poor showing against Carlos Cuadras, but he’s been looking good lately. 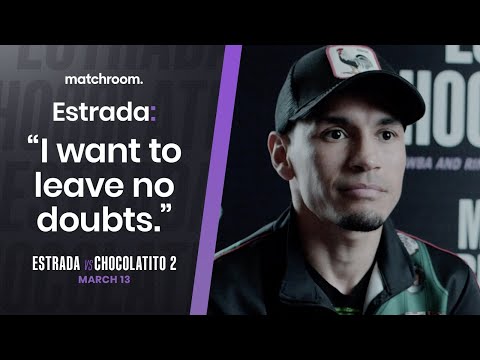 In Chocolatito’s last four fights, he’s turned his sagging career around with wins over Israel Gonzalez, Kal Yafai, Diomel Diocos, and Moises Fuentes. The knee surgery that Chocolatito had two years ago has helped him resurrect his career, bringing back the fighter that had torn through four divisions in winning world titles.

Chocolatito still doesn’t look spectacular at 115, but you can see rare glimpses of the fighter that he was when he was at 105, 108 and 1112

What a pure mess the sanctioning bodies have made of the super flyweight with all their titles they’ve polluted the division with.

“We waited a long time; I have three losses, and I’ve avenged two of them, and I’m ready for this fight,” said Estrada.

If Estrada sticks around a little longer, he’ll likely have some more losses to avenge. It’s how the sport is. You win some; you lose some. Assuming Estrada gets by the 33-year-old Chocolatito on Saturday, he’s got a really tough fight ahead of him against former two-time Srisaket Sor Rungvisai, staring him in the face.

That’s a fight that Estrada could lose, as he was already beaten once by Rungvisai in 2018. Although Estrada avenged the loss in 2019, it was close and wasn’t the kind of performance that suggests that he could beat the Thai fighter in a third match. Rungvisai might be too powerful for Estrada, as he was for Chocolatito. 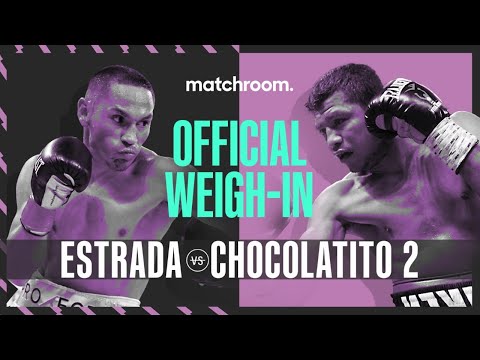 This means that whoever wins Saturday’s Estrada vs. Chocolatito fight will still need to beat the other four champions in the division for them to be considered the #1 guy, and that’s not likely to happen.

Other weights on the Estrada vs. Chocolatito card:

Tyson Fury only needs binmen to prepare for Joshua »