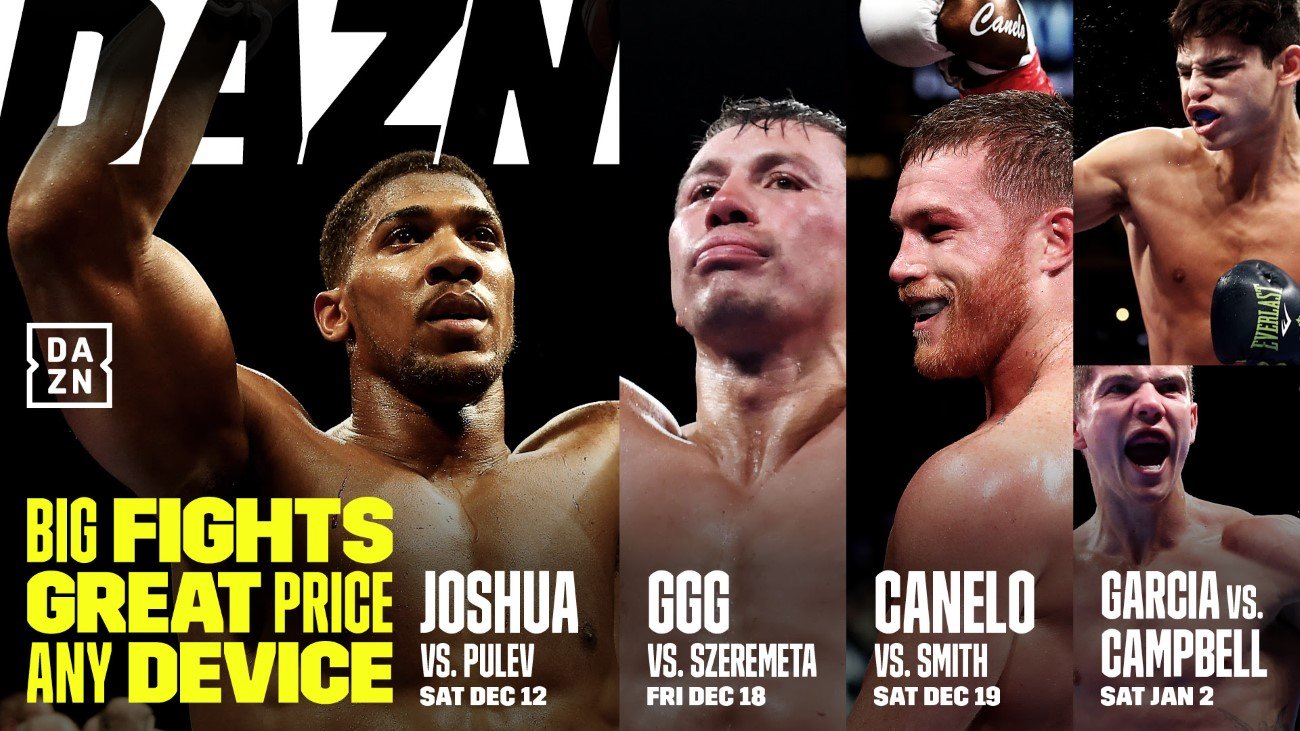 DAZN, the leading global sports destination, launched today in more than 200 countries and territories. For an initial monthly price point of £1.99 or less, sports fans worldwide are now able to sign up to the service and watch a breadth of live world championship boxing and on-demand original programming.

A heavyweight clash not to be missed, unified heavyweight champion of the world Anthony Joshua OBE will defend his world titles against Bulgarian mandatory challenger Kubrat Pulev on Dec. 12.

Gennadiy “GGG” Golovkin looks to make history on Dec. 18 when he attempts to make a record 21st defence of the middleweight title against Kamil Szeremeta.

Starting 2021 with a bang, on Jan. 2 the explosive Ryan García will be looking to stamp his authority on the division against the battle-hardened Olympic gold medallist Luke Campbell for the interim WBC lightweight title.

As well as an unparalleled fight schedule, DAZN’s global platform features an ever-growing archive of classic fights, athlete features and a slate of original programming including 40 DAYS, Saturday Fight Live and ONE NIGHT. DAZN is committed to adding more sports and sports content to the global service from 2021.