By Jim Maltzman: Roy Jones Jr is looking very good this weekend, working out for his eight-round exhibition match next Saturday night against Mike Tyson on November 28th at the Dignity Health Sports Park in Carson, California.

While most boxing fans believe Tyson will easily knockout Jones (66-9, 47 KOs), many fans are beginning to suspect that he could lose.

If Mike’s lungs aren’t what they should be from years of smoking, he could quickly gas out after one round and get knocked out by Jones.

Former two-division world champion David Haye believes that Tyson’s only chance of winning is to score a knockout in the first or second round.

At the most, Haye is giving Tyson until the second, and even that is a stretch. Haye thinks that Tyson will be gassed out after his first five to a ten-second burst of activity in round one, and he’ll be easy pickings for Jones after that.

The hand speed that the 51-year-old Jones is better than most fighters in the cruiserweight and heavyweight divisions. Jones’ speed, combination punching, and stamina could spell doom for the 54-year-old ‘Iron,’ Mike Tyson, on November 28th.

It’s been 15 years since former IBF/WBA/WBC heavyweight champion Tyson (50-6, 44 KOs) fought in 2005, and he was already exhibiting severe stamina issues back then.

Tyson will be limited to one burst per round

“No, I wouldn’t want to fight the winner,” said David Haye when asked if he’d like to fight the Tyson vs. Jones winner. “I hope both fighters represent themselves the best that they can, but we also need to remember that they’re in their 50s.

“As long as people aren’t trying to judge Mike Tyson in how he was 35-years ago, I think we’ll be okay. They’ll be in as good physical shape as they can be.

“I just believe that because Roy Jones Jr has had 32 fights in the last 20 years is very notable, and Mike Tyson has had only eight, which he’s only won three.

“That’s not the best resume going into a fight in your mid-50s against a guy that is active a Roy Jones. Not only has he been active, but he’s also one of the most defensive geniuses and specimens ever to walk the earth.

“If anyone can wind back the clock, Roy Jones for eight, two-minute rounds, I think he can do that. Mike Tyson can roll back the clock for five to ten seconds twice a round, maybe. I don’t believe he’s going to have many bursts.

“The first burst and how much rest he needs. Let’s say he pins Jones against the corner,” Haye said.

“He’s been hitting the pads. I’ve seen some fantastic pads and bag-work for Mike Tyson, but we’ve only seen it in two or three-second bursts, and they’re all cut together, and he looks fantastic. 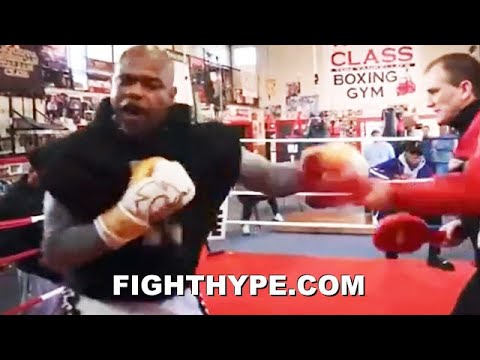 “I want to see what happens when Mike Tyson lets his hands go for ten seconds, pins Jones against the ropes,” Haye said.

One burst might be enough for Tyson to knockout Jones if he’s able to land something big. Jones has been knocked out by Enzo Maccarinelli, Danny Green, Denis Lebedev, and Antonio Tarver. Those guys are nowhere near as powerful as Tyson.

“Roy Jones has got very good defense and good eyes, he can see what’s coming, and he should be able to see Mike Tyson’s shots coming because he’s a lot older and a lot slower,” Haye continued.

“So after Mike Tyson lets off that first barrage, how long is it going to be before he can throw his next? In that gap where he’s recovering, how much damage is Roy Jones going to be able to do to him?

“Pepper him with that jab, showing him that lead left hook and catching him with shots and hitting Mike Tyson’s body. When was the last time that Mike Tyson took some heavy body blows?

“Although he looks fantastic, there’s conditioning that is required to be able to absorb the abuse that a professional prizefighter takes. I’m not sure how much in the last 20 years he’s done.

“One training camp in the last 20 years isn’t much activity, particularly coming off a couple of really heavy losses against Kevin McBride and Danny Williams. That’s not the best preparation.

“Roy Jones is obviously in a similar boat. He’s coming off a lot of victories over guys that aren’t in Mike Tyson’s league, but he’s been active, he’s been through training camp, and been in there.

“He’s been warming up, getting in the ring, and he knows what it’s like to get hit,” Haye said.

Jones knows that Tyson won’t be able to fight hard for any length of time before he needs to take a breather. Once that happens, Jones will likely pounce on Tyson and nail him with combinations.

We could see Tyson get discouraged quickly and quit as he did against Kevin McBride in the final fight of his career in 2005. McBride didn’t do much other than fight hard, which was enough for Tyson to quit in the sixth.

“I’m just heavily favoring Roy Jones Jr in this fight,” Haye continued. “He’s obviously way past his very best, but he seems like the guy that has been in boxing and has been in the gym. 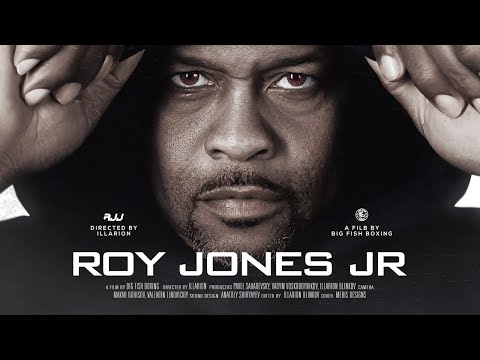 “Mike Tyson has kind of stepped away from it over the years, completely and utterly. He started up a weed farm and all that. I’m not sure how much cardio he’s going to have going into the second half of the fight, going into that fifth round.

“But I don’t think it does go into the fifth round. If it does, I don’t see that as being very beneficial for Mike Tyson.

“Mike Tyson needs a first-round knockout, latest second-round knockout because if he doesn’t, I believe Roy Jones is going to have some fun in there against a static target, who might not have the engine,” said Haye.

It’s easy to assume that Jones wins this fight after Tyson gasses out in the first round on November 28th. If Tyson has been smoking for years, that’s something that will impact his ability to fight hard for more than a brief instant in each round.

Jones only has to keep away from Tyson in the first minute of each round to have a shot at beating him. Interestingly, the fight rules have the rounds reduced to two minutes, which helps the stamina-plagued Tyson.