Hearn warns Fury, Joshua will face Whyte for WBC title if he vacates 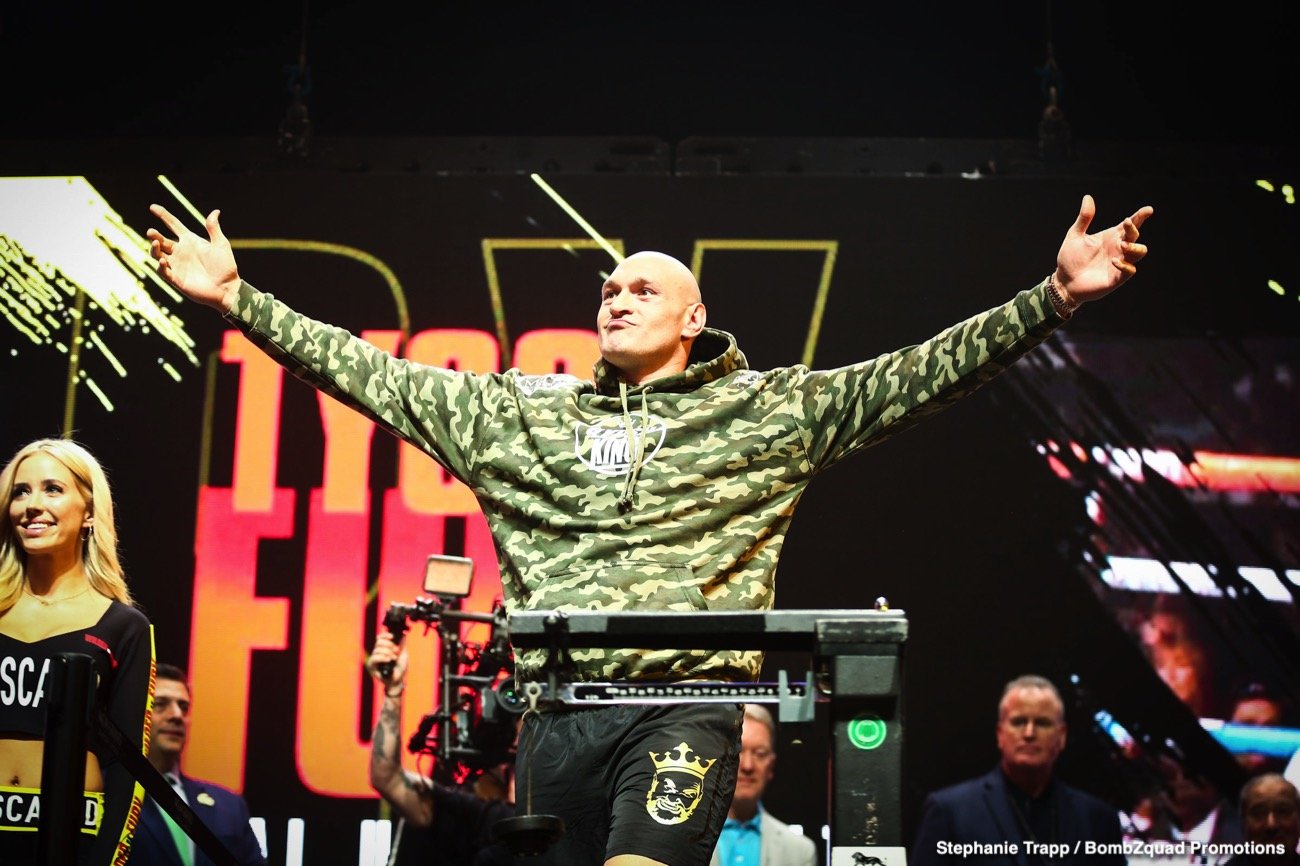 By Charles Brun: In a shrewd move by Eddie Hearn, he’s using Anthony Joshua as leverage to help his fighter Dillian Whyte get a title shot against WBC heavyweight champion Tyson Fury.

The wily Matchroom Boxing promoter Eddie Hearn says that IBF/WBA/WBO heavyweight champion Joshua (23-1, 21 KOs) wants to get his hands on the WBC belt, which his collection of titles to make him the undisputed champion if he wins that strap.

Joshua will then face Whyte for his WBC title in his next contest rather than bothering with Fury, who would be beltless after vacating his World Boxing Council title.

Not surprisingly, Fury, 31, prefers to face Joshua straightaway after he faces Wilder rather than fighting Whyte. That’s an unnecessary step for Fury, who would rather take the big money fight against AJ instead of facing Whyte.

“All Joshua wants is the WBC title,” Matchroom boss Eddie Hearn said to Sky Sports News. “He [Joshua] was never worried if it came against [Deontay] Wilder or [Tyson] Fury.

“Whoever owns that belt [WBC heavyweight title] is who Joshua will face for the undisputed championship.

“We know the winner of Saturday’s fight [between Dillian Whyte and Alexander Povetkin] will be ordered to face the winner of Fury vs Wilder. 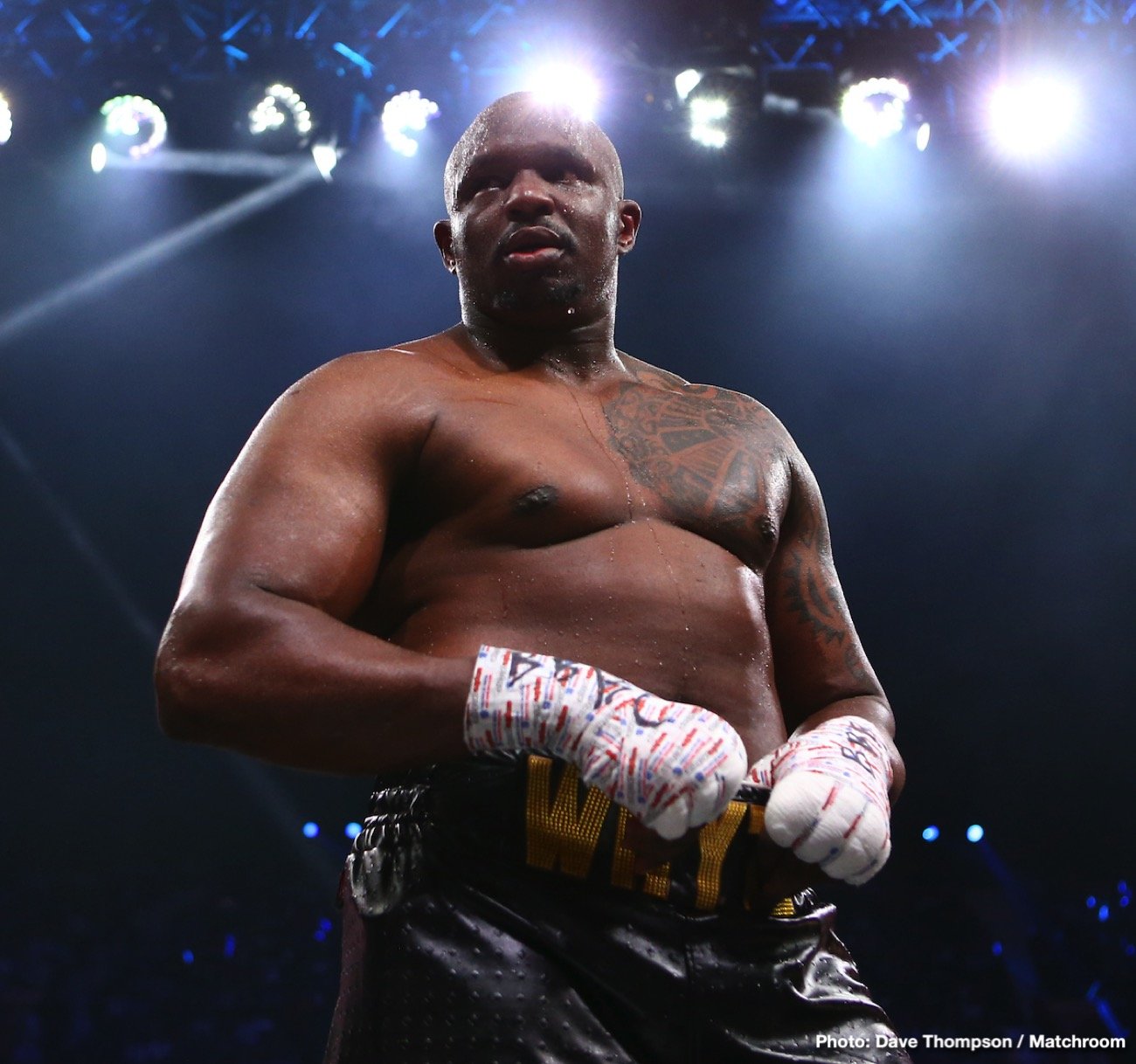 Whyte, 32, is the interim WBC heavyweight champion, and he’s already been assured recently by WBC president Mauricio Sulaiman that he’ll be getting a title shot by February 2021 against the winner of the Fury vs. Deontay Wilder III trilogy match.

Fury and Wilder are potentially fighting on December 19, although the match could be pushed to February 2021. Hearn acknowledges that Whyte may need to wait beyond February for his mandated title shot against the Fury-Wilder 3 fight, and he’s prepared for that possibility. But what Hearn isn’t willing to let happen is for Fury to give up his WBC title and then face Joshua in early 2021

It works for Hearn for Fury to face Whyte on two levels: 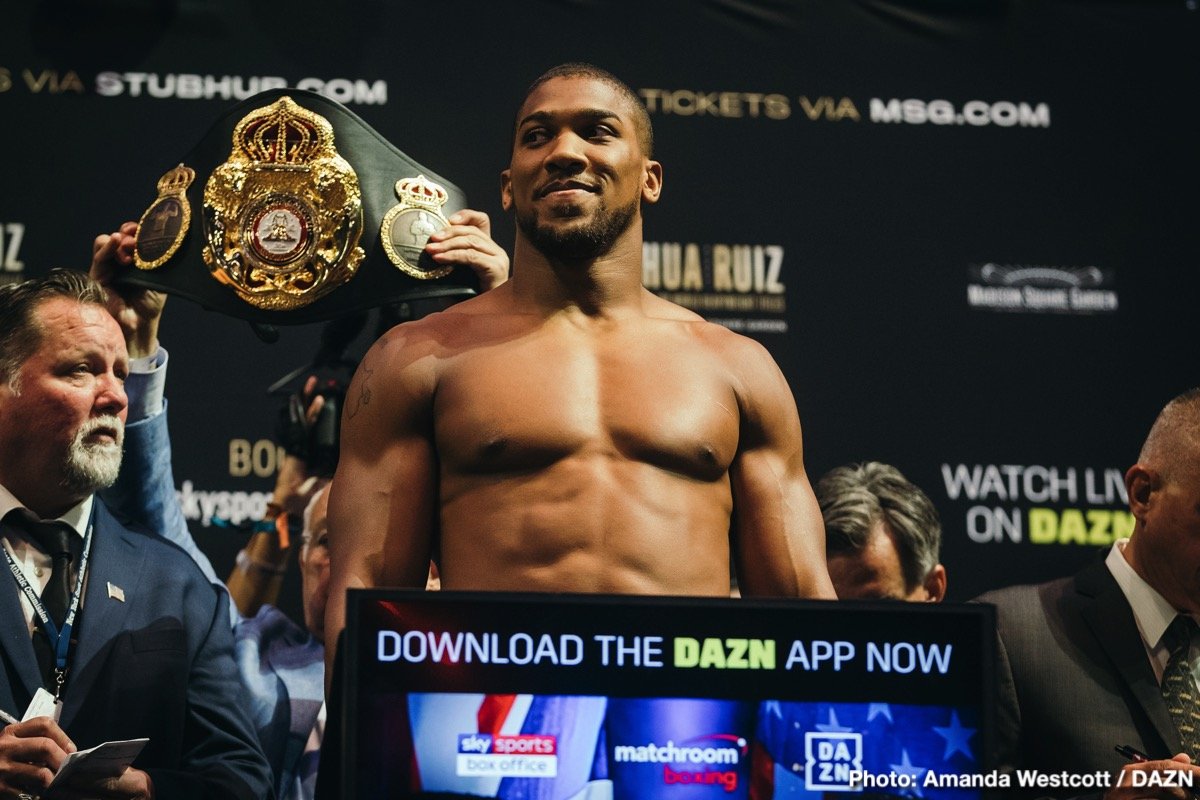 AJ = the golden goose for Matchroom

It’s painfully apparent that if Fury destroys Joshua, the money flow from AJ to Matchroom could come to a dramatic stop. Joshua was the equivalent of the old Spindletop oil gusher in 1901 in Beaumont, Texas, which started the huge oil boom in the U.S over 100 years ago.  It’s still making money to this day.

Joshua has been bringing in considerable riches to Matchroom in the same way that old Spindletop brought in massive revenue for oil companies in Texas.

If Fury defeats Joshua, then Matchroom doesn’t have a replacement to take over for AJ as the next cash cow for the company. It works for Hearn to delay that from that happening by placing Whyte in between Joshua and Fury.

If Whyte fails to do the job against Fury, then it’ll be interesting to see if Hearn has someone else that can get in the way.

“If Fury does not want to fight Whyte, then Whyte will be elevated to champion from interim champion,” Hearn continued. “Now I do not like that.”

It doesn’t work for Hearn if Whyte is elevated to WBC champion without fighting Fury, as it would make Dillian a ‘Paper champion,’ and he wouldn’t be viewed as a legitimate champ. 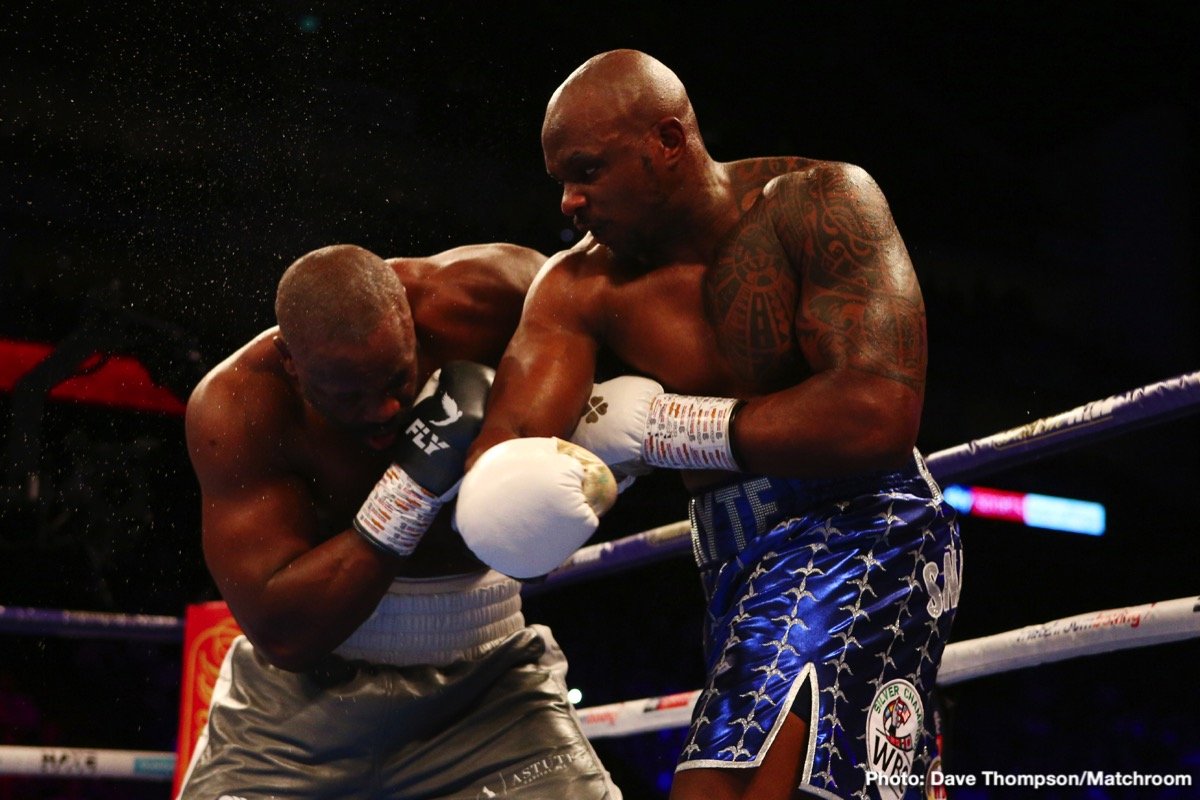 It would look not nice for Joshua to be facing a paper champion Whyte for the WBC title rather than Fury, but oh well. As Hearn says, Joshua wants the WBC title, and he doesn’t care who holds the strap.

If the choice is for Joshua to face Fury without the WBC title – and losing the fight – or take on Whyte, the paper champion, and winning, it’s safe to say that Hearn will opt for the latter. We’ve already seen Joshua beat Whyte once in 2015; he can do it again. Joshua has Whyte’s number, and that’s not going to change.

“Joshua will fight Whyte straight away for the undisputed championship,” said Hearn on what will take place if Fury vacates his WBC title without taking on Whyte in early 2021.

“You always want to fight a champion. But if Fury refuses to do a fight that has been ordered by the WBC, then he will be stripped of his title.

“Then Whyte will be fighting for the undisputed championship [against Joshua],” said Hearn.

Hearn doesn’t understand boxing fans will criticize Joshua if he chooses to face Whyte rather than Fury, seeing that fans don’t care about the worthless titles at this point. They want to see Fury and Joshua fight, and they’re going to be hopping mad if Hearn holds up the match due to the WBC belt.

If Hearn doesn’t realize by this point that the fans are sickened by all the useless titles that the sanctioning bodies are churning out, then he needs to. For example, this Saturday’s contest between Whyte and Alexander Povetkin will have the WBC interim and WBC Diamond heavyweight titles on the line. Neither of these belts is exact world titles, and yet bot of them will be fought over.

These belts are supposed to validate somehow the Whyte vs. Povetkin contest in the eyes of the boxing public, but the people don’t care about these trinkets. The only thing fans care about sees an exciting match, and they would like to view the winner of the Whyte-Povetkin contest take on either Fury or Joshua soon.

If Hearn chooses to have Joshua fight Whyte for the WBC title, it’s going to look like they’re protecting AJ from Fury. I don’t know any other way that you spin a move like that, as fans will see it a signal that Matchroom and Joshua want no part of fighting Fury.

Hearn needs to have faith in Joshua that he can beat Fury because they can’t duck him forever. Boxing fans already thnk Joshua ducked Wilder when he held the WBC title from 2015 to 2020.

If Joshua doesn’t fight Fury, it’s going to be clear in the eyes of fans that AJ isn’t willing to take on the best. First, it was Wilder, and now it’s Fury.