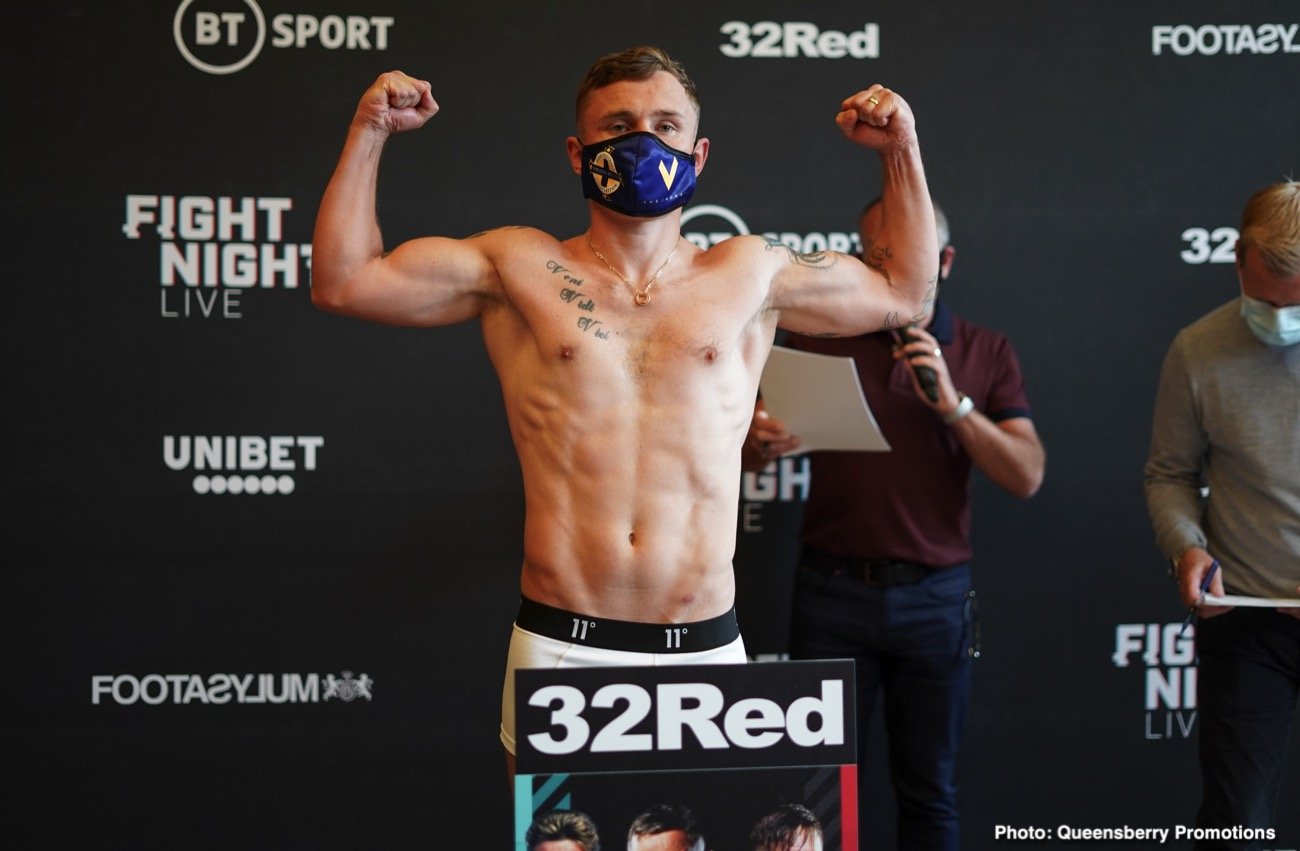 Closed-door event will take place in London (ESPN, 4 p.m. ET) – Undercard bouts to stream live on ESPN+ (2:30 p.m. ET) and BT Sport in the UK. The action begins on BT Sport 2 at 8pm with a stellar cast of talent battling it out on the undercard. Once the Champions League Quarter Final between Manchester City and Lyon concludes, we will be live across both BT Sport 1 and 2 from 10.30 for the return to the ring of ‘The Jackal’ Carl Frampton. 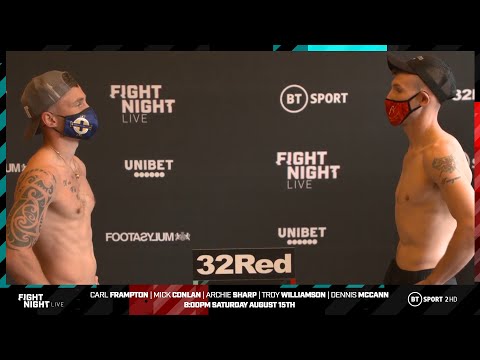 Conlan will face recent world title challenger Sofiane Takoucht, while Frampton, who is currently campaigning at junior lightweight, will make a pit stop at lightweight against Scottish veteran Darren Traynor.

Here is what Frampton, Conlan, and Top Rank chairman Bob Arum had to say.

“Obviously, it was a disaster, the whole lead-up regarding opponents. I have to give MTK Global credit. They assumed there could’ve been {an issue} because of the current situation that the whole world is facing.

It turned out Corona didn’t affect anything, but the issue was visa problems for {Vahram} Vardanyan, the original opponent. I think Traynor has been paid by MTK for the last four or five weeks on the chance that this fight may have come about. So, Traynor has been training for me for five weeks.

I’ve been training for him for one week.”

On fighting as a lightweight for the first time

“It hasn’t really affected me, to be honest. I’ve enjoyed this fight week more than any other because I’ve been doing the weight OK.

“Although I’m short in stature, I walk around about 150, 148 anyway. {Traynor} is probably doing me a favor as well.”

On the Jamel Herring fight

“That’s the fight that I want. We kind of had a date agreed — June 13 was the proposed date, and I think everything was pretty much set to go and the fight was going to happen. And I supposed with it kind of falling away that he wouldn’t be as keen anymore or maybe Top Rank wouldn’t be as keen to make the fight, or the governing body. But everyone seems on board. I want the fight. Jamel wants it. Top Rank and Bob Arum want it. I think that is the plan, to have that fight next.” 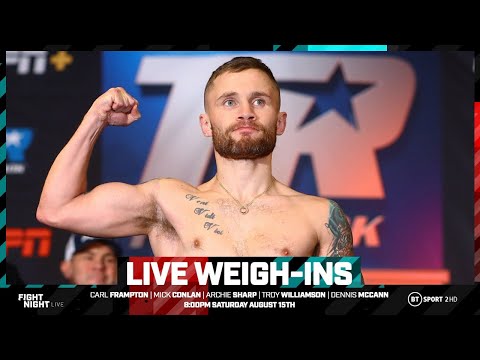 “I don’t see that fight ever happening. I think Leo did promise that, but I think, to be honest, he’s full of sh*t. The fight could’ve happened if he wanted it to happen. It never has, and it’s a shame.”

On the status of Herring vs. Frampton

“If Jamel is successful {Sept. 5 against Jonathan Oquendo}, and if Carl is successful on Saturday, I have a date picked out in November where they’ll fight for the title. That’s done. Everyone is on board. One thing I can’t control is the virus, but we’re going to do that fight in November. It may very well be another ‘Bubble’ fight.

“If both guys win these interim fights, you can count on a world title fight between Herring and Frampton in November.”

On fighting in an empty arena

“This is something I’ve wanted to do. It’s going to be a challenge, something different, something I haven’t experienced as a fighter, boxing in an arena with no one there. And it’s exciting to hear those winces and the pounding of the breath, everything about it. It’s something that’s lit a spark under me in training camp. I’ve been sparring with no music on.”

On moving down junior featherweight after Saturday’s fight

“I came out of this pandemic lighter than I’ve ever been. And I think it’s just the reset button on me, myself, and I’ve kind of refocused myself. I can make 122 tomorrow if I really needed to. That’s why the decision was made.

“We’ll fight Takoucht at 126, and then after that, we’ll move down.

“I would love a {world title shot} in my next fight. I know it may not be possible the way things stand with the WBO, but 100 percent I’d be happy to challenge for the WBO title next.

“I’d be confident in facing any of {the champions now}. If that was the case, it’d be no problem. But we’ll get this one out of the way Saturday and then 122, here I come.” 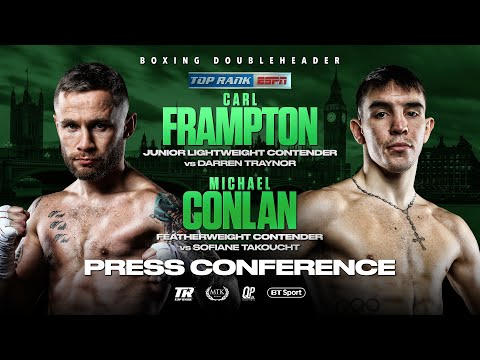 On fight week during a pandemic

“If I’m being honest, it’s the most relaxed and chilled fight week I’ve had. Usually, we have the hoopla, the hyperbole, everyone around, having to go here and there to do interviews. It’s been chilled at the hotel, chilled out with the team, having fun. This time I actually brought my PlayStation and I’m playing some “Call of Duty.”

“It’s different situations. Warrington was coming off three great wins against three really top-class opponents, and he faced Takoucht, who is relatively unknown, in his own backyard in front of 20,000 of his fans. I think {Takoucht} froze in front of the headlights. I would be stupid and reckless if I were to go out and try and blast this guy out like Warrington did, but I definitely will be going in to make a statement. I’ll do it in my own way. I don’t need to live up to anybody’s expectations or compare myself to Josh Warrington. I’m Michael Conlan.”