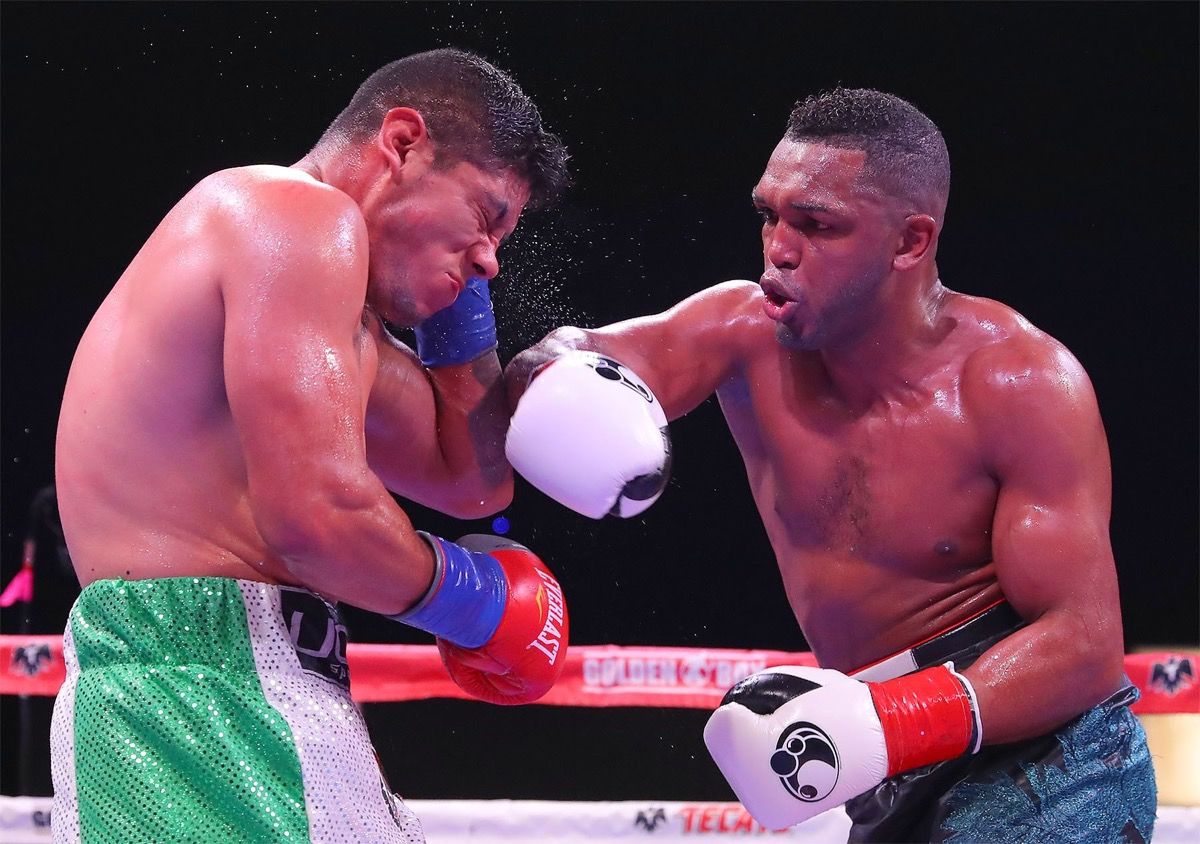 By Barry Holbrook: Golden Boy Promotions has added Jason Quigley and Tureano Johnson to the long list of potential opponents for Canelo Alvarez’s next fight on DAZN on September 12.

Quigley and Tureano are both signed with Golden Boy Promotions, which helps explain why they’re under consideration for Canelo’s next match. Golden Boy also promotes Gary ‘Spike’ O’Sullivan, but his name hasn’t been mentioned yet as a potential foe for Canelo.

It would be a tough sale in getting DAZN to agree to let Canelo face O’Sullivan, given that he’s coming off of an 11th round knockout loss to Jaime Munguia last January. But then again, Quigley, 29, was stopped in the ninth round last year in July by Tureano. However, Quigley has won his last two fights since beating lower-level fighters Abraham Cordero and Fernando Marin.

Tureano was knocked out by Derevyanchenko

The 36-year-old 2008 Olympian Tureano used to be highly thought of years ago, but that was before Sergiy Derevyanchenko knocked him out in the 12th round in 2017. Tureano had also been knocked out in the 10th round by Curtis Stevens in 2014.

Since Tureano’s loss to Derevyanchenko, he’s beaten Jason Quigley by a ninth-round stoppage and fought to an eight-round draw against Fernando Castaneda.

“We’re not going to close the door, we’re not going to handicap ourselves, especially right now during the pandemic,” said Eric Gomez of Golden Boy Promotions to ESPN.com on potential opponents for Alvarez.

“You need all the help you can get,” said Gomez, adding that choosing a foe for Alvarez is every much a budgetary issue, as it is about making the most appealing fight.”

From Golden Boy’s standpoint, they need a cheap opponent for Canelo, considering that his September fight will be held without fans. The gate money won’t be there, and Golden Boy will need the revenue to put together a good undercard.

So if they go the cheap route in selecting an opponent for Canelo, then that’s extra money to help assemble the undercard.

Gomez said that Canelo would be taking a pay-cut for his next fight, but that’s not from DAZN. What Gomez is referring to is less revenue for Canelo from the absence of the gate. He shares in that as well. Canelo is still expected to make $35 million for his September fight from his contract with DAZN.

If Golden Boy picks Tureano or Quigley as Canelo’s next opponent, the losers will be DAZN and the boxing fans. Those guys will not be competitive with Canelo, and they won’t attract subscribers to DAZN. 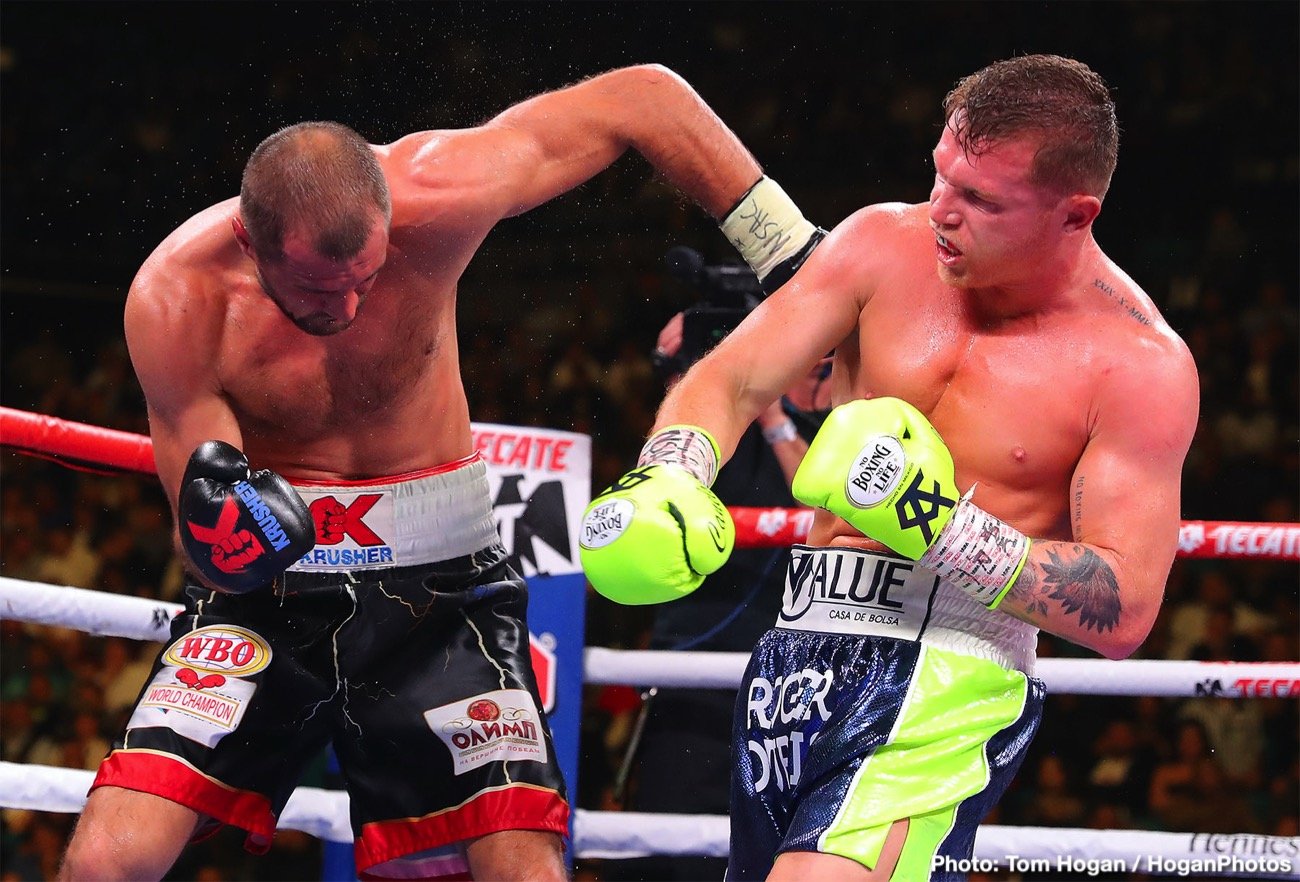 If you’re one of the top brass at DAZN, you probably won’t be happy if Golden Boy picks Quigley or Tureano. They won’t increase interest in Canelo’s next fight. Choosing either of those guys would be a downgrade from the other fighters that have been under consideration for Canelo’s next.

These are the candidates for Alvarez’s September 12 fight:

With Gennadiy Golovkin defending his IBF middleweight title against Kamil Szeremeta in September, he’s got an opponent that is talent-wise at the same level as Tureano Johnson and Jason Quigley.

Tureano would likely beat Szeremeta, and Quigley would have a good chance of defeating him as well. As such, if you look at it from the perspective of Canelo potentially facing a similar type of opponent as Golovkin, you can’t give him flak about it if he chooses one of them.

I’m sure that DAZN would prefer that Canelo face someone like Derevyanchenko for his next fight, but perhaps he costs too much, and it’s a dangerous fight.

Vergil Ortiz Jr in a hurry to face Terence Crawford »