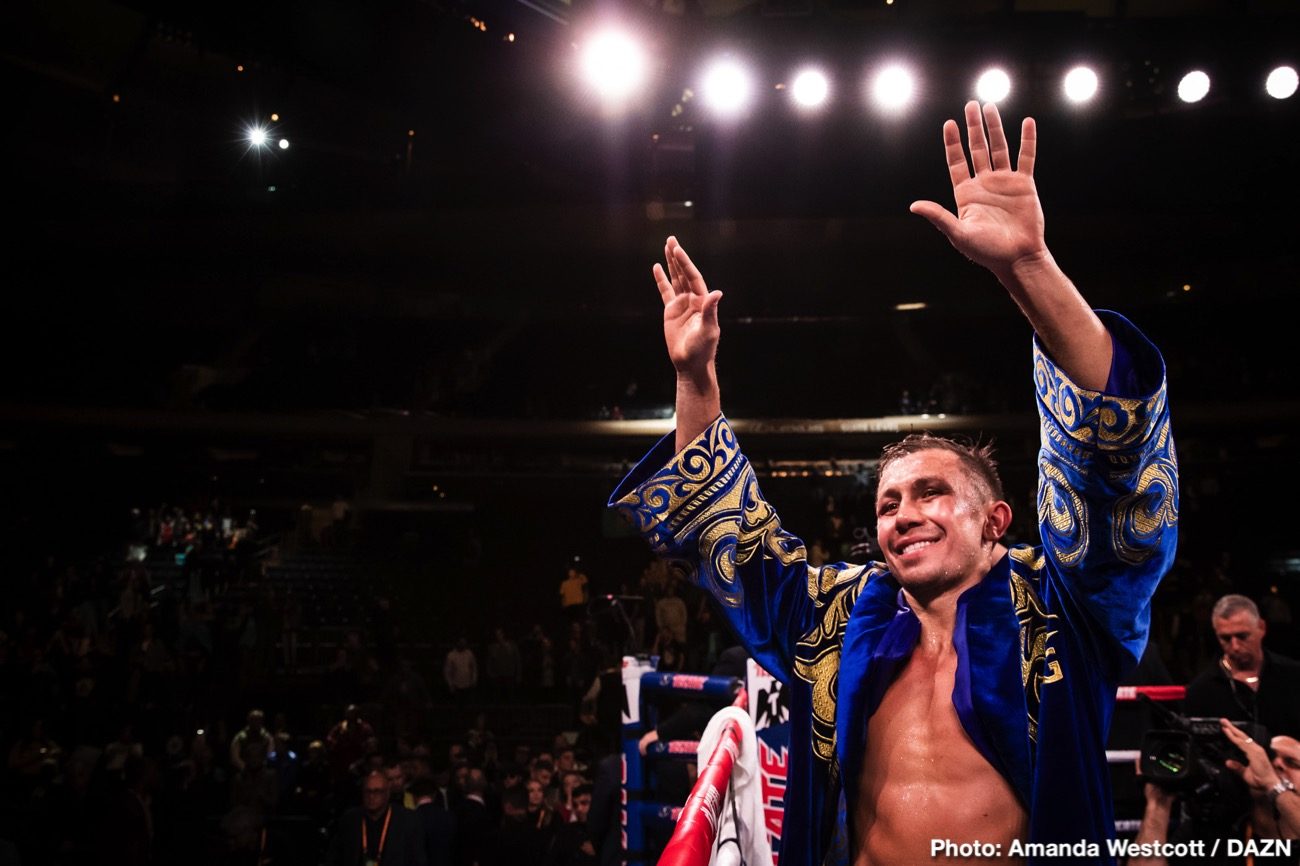 By Barry Holbrook: Gennady Golovkin posted a video on the fourth of July of his workouts in getting ready for the title defense of his IBF middleweight belt against Kamil Szeremeta. There’s still no ironclad date for GGG’s bout against Szeremeta (21-0, 5 KOs), but it’s possible that fight could happen in September.

In Golovkin’s workout, he did a lot of half reps doing pull-ups and push-ups. What was impressive was the 38-year-old Golovkin doing push-ups with a 45-pound plate on his back. Yeah, they were half push-ups, but it was still interesting to see Golovkin able to do that.

Golovkin needs to beat the 30-year-old Szeremeta to stay in line to face Canelo Alvarez in 2021. A loss for GGG against the unknown Szeremeta, then it’s going to wreck what little interest there is from boxing fans in a third Canelo fight.

Golovkin didn’t have to face IBF mandatory Szeremeta yet; the International Boxing Federation hadn’t ordered the fight. Golovkin wanted to take it early for some reason, as it would get in the way of his match against Canelo next year. It wouldn’t have. Besides, the IBF title is unimportant.

It’s a trinket. With Golovkin’s contract with DAZN, he doesn’t need to have a world title in his possession to get the third fight with Canelo. That’s just part of being signed with DAZN. 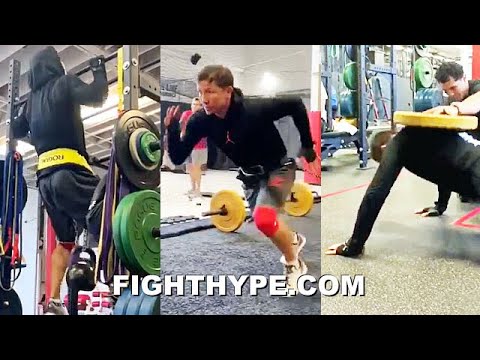 Since it’s clear that Golovkin (40-1-1, 35 KOs) is just using his next fight to milk his IBF title, the fans would prefer to see him face a deserving opponent in Sergiy Derevyanchenko. Golovkin is coming off of a highly controversial 12 round decision over Derevyanchenko last October at Madison Square Garden in New York, and the fans think GGG should have lost.

It would make the boxing world happy if Golovkin were to give Derevyanchenko a badly-needed rematch. Even if it cost Golovkin his IBF title by him choosing not to face Szeremeta, it would please fans for him to meet Sergiy again. It gives the wrong impression to people that Golovkin was willing to move on with the taint of his questionable win over Derevyanchenko following him like a skunk.

A lot of boxing fans think Golovkin is now scared of Derevyanchenko because he could have given him a rematch. Instead, GGG is fighting an unknown guy from Poland named Szeremeta, with a resume filled with wins over fluff opponents from top to bottom. I’ve never heard of any of the fighters that Szeremeta has faced before, and I doubt that even the ultra-hardcore boxing fans have heard of them either.

See what I mean when I say that Szeremeta has been facing obscure opposition throughout his career. it’s troubling that the IBF didn’t set up a hurdle in sanctioning a title eliminator. If the IBF had ordered Szeremeta to face a quality fighter like Derevyanchenko or Chris Eubank Jr, he would have been beaten and weeded out.

Golovkin seems to be heading to the final portion of his career. I’ll be surprised if he continues after his contract with six-fight contract DAZN expires. GGG has already used up two of his fights on his contract in beating Derevyanchenko and little known Steve Rolls.

Szeremeta will be match #3 for GGG with his existing DAZN contract, and that’s not the kind of opponents that were hoping to see from him.  If DAZN had been strict with Golovkin, they would have rejected Rolls as being too weak of an opponent. With Szeremeta, DAZN can’t say much because that’s Golovkin’s IBF mandatory and has to take the fight. However, the mandatory wasn’t due yet, and he could have waited until 2021 for the IBF to order it.