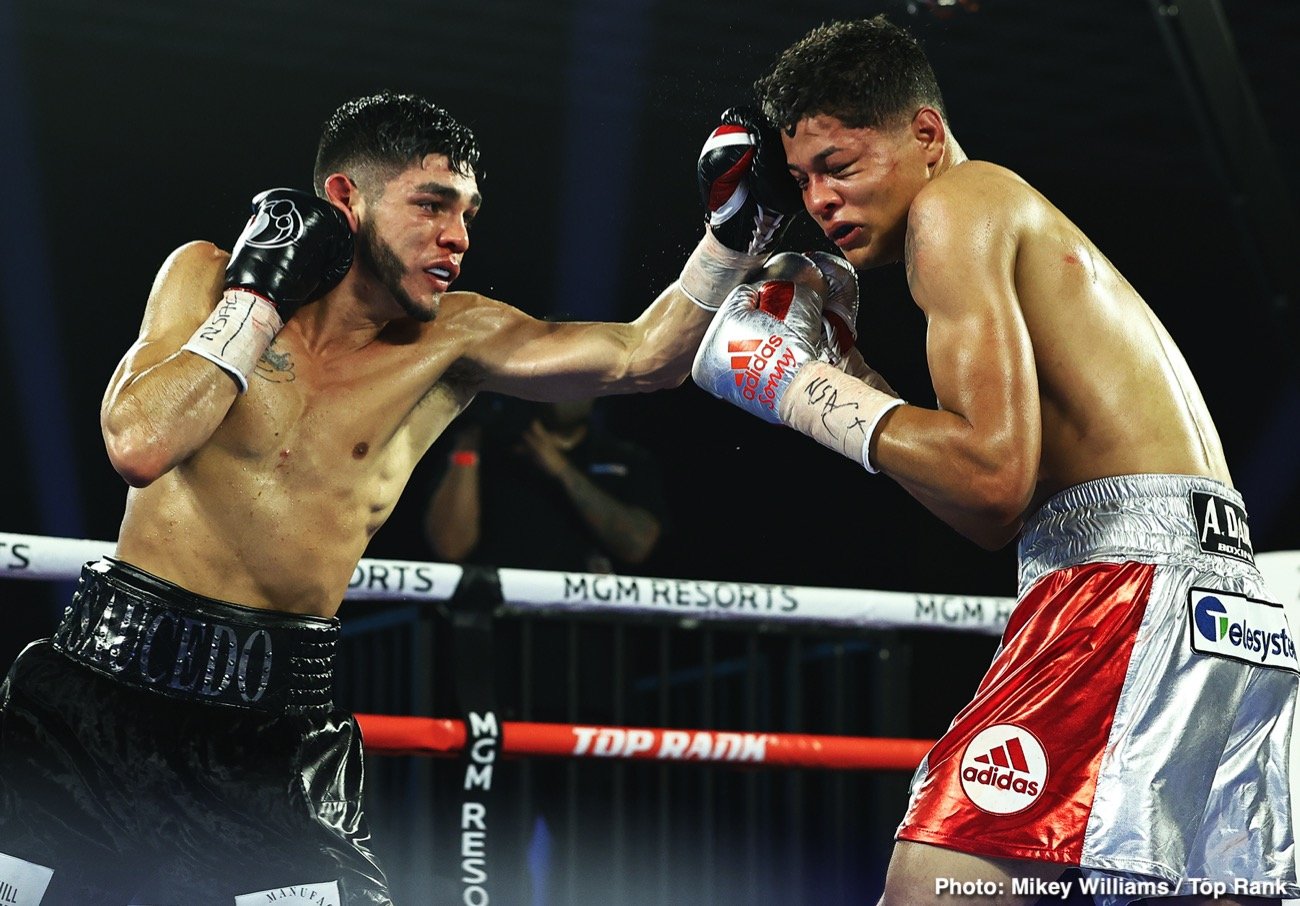 According to CompuBox, Saucedo outlanded Fredrickson, 318-172.

“We worked on a lot of things in the gym. It was important for me to get the rounds in, and Sonny was a tough opponent,” Saucedo said. “I am ready to take over the 140-pound division. Whatever opportunity comes my way, I will take advantage of it. Most importantly, I got rid of the ring rust and went 10 hard rounds.”

Saucedo is delusional if he thinks he’s going to take over the 140-lb division. Off of tonight’s performance. Saucedo would lose to the majority of the top guys in the division. He’s too easy to hit, and he doesn’t have the dimension in his game to beat the best.

It’s difficult to get excited about this performance by the 26-year-old Saucedo, as he showed very little improvement over his loss to Maurice Hooker in 2018, and his fight against Leonardo Zappavigna.

Saucedo is still getting his as much as he was in the past, but tonight he was fortunate that Fredrickson lacked the punching power to beat him. Fredrickson was able to hit Saucedo as he was coming forward the entire fight, but he didn’t possess the pop on his punches for him to take him out.

Fredrickson did well through round five, but after his performance tailed off. He spent more time on the ropes covering up in the second half of the fight, and that allowed Saucedo to crowd him and land his big power shots. When Fredrickson was in the center of the ring, he did well in using his height and reach advantage.

— Josue “The Prodigy” Vargas hit Salvador Briceno with everything, including the kitchen sink. After 10 rounds, Briceno was still standing, and Vargas earned a unanimous decision by scores of 100-90 2x and 99-91. Vargas (17-1, 9 KOs), a rising junior welterweight contender, extended his winning streak to 11. Briceno (17-6, 11 KOs) fell to 2-3 in his last five outings.

— Two weeks after a decision loss inside “The Bubble,” Detroit native Isiah Jones (9-2, 3 KOs) rebounded to defeat the previously undefeated Donte Stubbs (6-1, 2 KOs) via majority decision in a six-round middleweight bout. Jones, the first Bubble returnee, prevailed by scores of 57-57, 58-56, and 59-55.