By Chris Williams: Bob Arum is looking to take Errol Spence’s planned fight against Manny Pacquiao away from him and give it to Terence Crawford. On Tuesday, the Top Rank promoter Arum divulged that he’s in SERIOUS negotiations in putting together a fight between his fighter WBO welterweight champion Crawford (36-0, 27 KOs) and WBA champ Pacquiao for a battle in 2020 in Bahrain.

Spence could lose a massive amount of money if Crawford gets to Pacquiao before he does. The only way it works out in Spence’s favor is if the 41-year-old Pacquiao beats Crawford. That’s not likely to happen, though.

It doesn’t work out in Spence’s favor even then because then Crawford’s value will drop off the side of a cliff. Spence wants to fight Crawford while he’s still unbeaten, and he won’t be able to do that if Pacquiao beats him.

If the Crawford vs. Pacquiao fight goes down as Arum is planning, it could foul up Spence’s schedule for 2021. This week, Spence laid out his three-fight of fighting the following guys in this order:

Spence wants to be the one that takes Pacquiao’s scalp and send him off into retirement. A win over Pacquiao would be a massive feather for IBF/WBC welterweight champion Spence (26-0, 21 KOs). 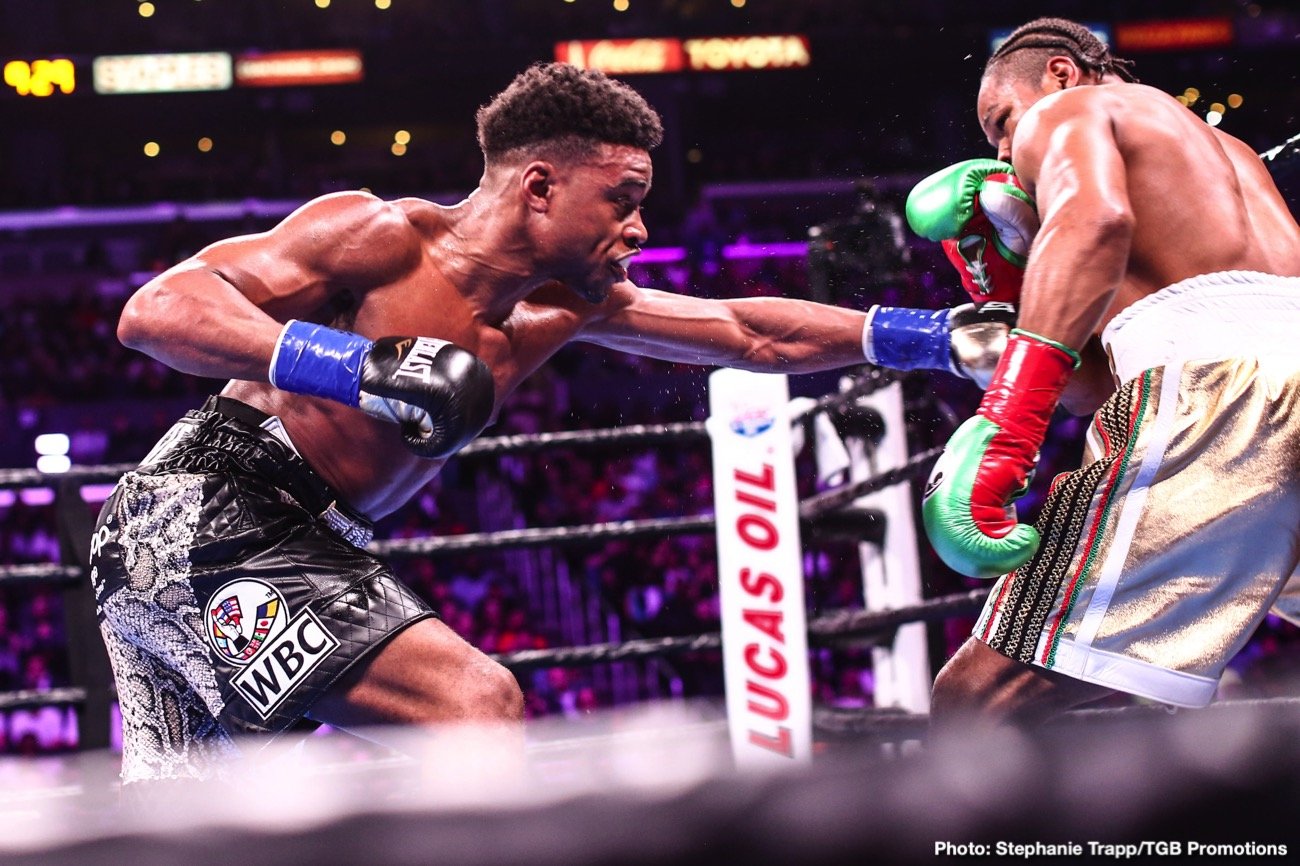 Not only would Spence be adding another world title at 147 to his collection with the WBA strap, but he would also be beating a legend in the sport in the eight-division world champion. If Crawford gets to Pacquiao BEFORE Spence does, then he’ll probably beat him and wreck things for Errol.

If Spence faces Pacquiao AFTER he loses to Crawford, he won’t get any credit from fans if he beats him. Moreover, the pay-per-view buys would be far less for Spence in fighting Pacquiao after he gets beaten by Crawford.

There won’t be as much money for Spence, and the fans will dump on him big time by saying he’s getting sloppy seconds in facing the beaten Pacquiao. There will still obviously be value in Spence fighting Pacquiao with him coming off of a defeat against Crawford, but it won’t be nearly as big a fight.

Crawford vs. Pacquiao this year

“We hope to get Crawford and Pacquiao in action this year,” Arum told IFL TV. “We are in serious talks for Bahrain to do major fights there with the Sheik’s company that’s involved in boxing, and MTK is carrying the big laboring oar.”

It would be a good idea for Spence to scrap his plans on fighting Danny Garcia next and put his attention on trying to negotiate a fight with Pacquiao. That’s the fight that Spence and his adviser Al Haymon should be targeting anyway.

Garcia, 32, is going to be around for another four to six years, and he’s not going anywhere. The 41-year-old Pacquiao is someone that could disappear almost immediately. If he loses to nearly anyone, he’ll likely retire on the spot.

Also, Pacquiao has a senatorial job in the Philippines that eats up a lot of his time. Right now, with the pandemic going on, Pacquiao cannot afford to be taking a lot of time out from his senatorial job to fight different guys. If Arum can negotiate a fight between Crawford and Pacquiao, then that suggests that he’s working hard at making it.

It won’t be all bad if Crawford gets to Pacquiao before Spence. The winner of the fight can potentially face Spence in a big pay-per-view match, and it’ll make a lot of money. However, I’m not so confident that it will. If Crawford beats Pacquiao, he still likely won’t be a famous fighter or a pay-per-view guy. Look at Tim Bradley and Juan Manuel Marquez. Both guys beat Pacquiao, and neither of them became pay-per-view guys afterward.

Canelo Alvarez vs. Sergiy Derevyanchenko in negotiations for September 14 »