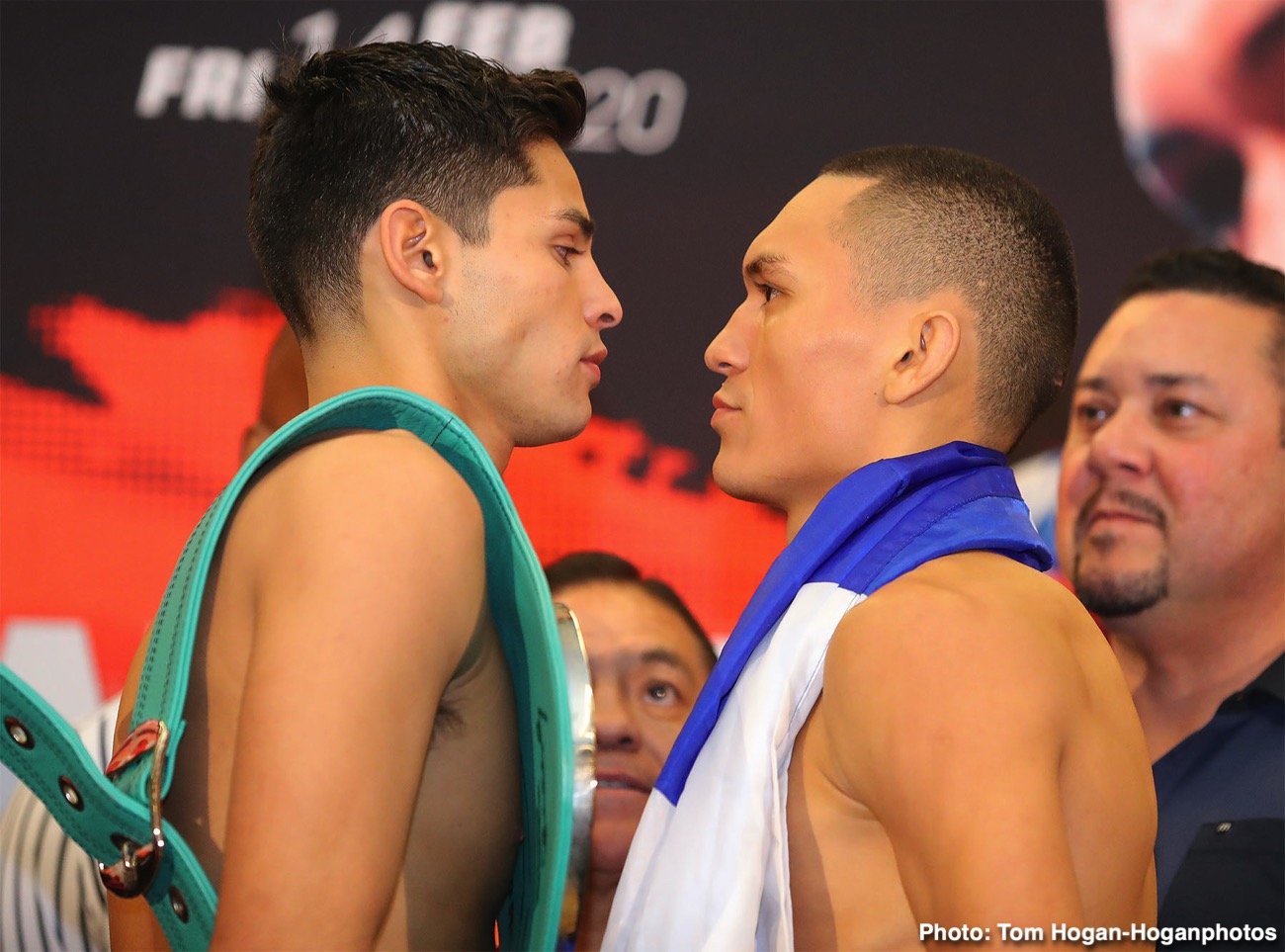 By Jim Maltzman: Ryan Garcia (19-0, 16 KOs) will be defending his WBC Silver lightweight title tonight against Francisco Fonseca (25-2-2, 19 KOs) on DAZN at the Honda Center in Anaheim, California.

The 21-year-old Golden Boy Promotions fighter Garcia needs an impressive win tonight to help stake his case that he’s ready to step it up another level against the likes of world champions Gervonta ‘Tank’ Davis, Devin Haney and Vasiliy Lomachenko. Those are the BIG three that Garcia is targeting in 2020 and 2021.

If he looks good tonight, there could be one more step up fight for Ryan, 21, against Jorge Linares (46-5, 28 KOs) for April or May. Linares, 34, fights tonight against Carlos Morales (19-4-4, 8 KOs) in a 12 round fight on the Garcia-Fonseca card on DAZN. Linares should be the final speed bump for Ryan before he’s unleashed by Golden Boy on the top three lightweights in the division.

Teofimo Lopez could also be a target for Garcia in 2021, depending on the outcome of his unification fight against Lomachenko. Top Rank Boxing hasn’t set a target date yet for the Lomachenko vs. Lopez fight, but Teofimo says it’ll be on May 30 in New York.

“I can’t look past him,” said Ryan Garcia to Fighthype. “Everybody is going to watch this fight no matter what. They can say they’re not. They’re going to want to see what I do. Everybody knows about it, and it’s going to be a fight. I’m going in there to try and destroy.

“I think he’s definitely going to be trying to give me a great fight, but I know my skills are going to damage him,” Ryan said on Fonseca. “I don’t think he can take my punches for 12 rounds, but we’ll see. If not, 12 rounds would be good. If it’s 12 rounds, then he’s going to take some punishment. I’m taller, I’m lankier, and I’m smarter,” said Garcia.

Fonseca is going to be looking to pressure Ryan, and wear him down with his precise punches. He’s not a big puncher, but he’s still dangerous because he wears his opponents down with his volume punching. Fonsecua has a lot of knockouts on his resume, but against lesser opposition. You can say the same thing about Ryan. He’s knocked out 16 of his foes, but none of them have been elite level fighters.

“There’s nothing wrong, but I want to punish him,” Garcia said about Francisco. “I ain’t going to be hit, and I’m going to be own him. One thing is he’s going to be very cautious, so I’m going to have to take it to him, and keep the pressure on him. The reason why he had a good fight with Gervonta is because he fought in survival mode the whole fight,” said Ryan about Fonseca.

“He didn’t land good punches. He just survived. Against [Tevin] Farmer, he didn’t fear his punches,” Garcia said about Fonseca. “Therefore, he was able to go in there a little bit more, and Farmer mixed him up,” said Garcia. “But with me, I’m lanky. So even if he tries to get away, it’s going to be hard for him to get away, because my reach will be on him. That’s just something I’ve seen, but you never know in the ring,” said Garcia.

Ryan will have a big advantage in hand speed in this fight, but Fonseca has dealt with speedy fighters before This could be a harder fight for Garcia than his last contest against Romero Duno last November. It would be a good idea for Ryan not to expect a quick first round knockout against Fonseca like he did with Duno, because that’s not likely to happen.

“You never know. I think you got to adapt, and that’s why I don’t really watch tape,” said Garcia. “I just watch 3 rounds, because you never know. You don’t know how they’re going to change. Look at me. I improved. They all think I’m going to fight the same, and walk into some s—.

“I told Golden Boy, ‘When I sign this contract, I don’t want to hear about no other opponent than Romero Duno. Trust me, when I get in there. I never had a feeling that it would go past one or two,” said Garcia.

It’s likely that Ryan has seen enough of Fonseca’s fights to know what to expect from him. He’s a lot tougher than Ryan makes out.

Contrary to what Garci says about Fonseca fighting in a survival oriented manner against Tank Davis, that’s not the reality of how he fought. Fonseca was going right after Tank all night long, and working hard. He didn’t fight like he was afraid of Gervonta.

Fonseca was pressuring Tank Davis at every turn, and getting the better of him when he would stop punching for an instant. Ultimately, Gervonta had too much power for Fonseca, and he eventually wore him down for a stoppage. 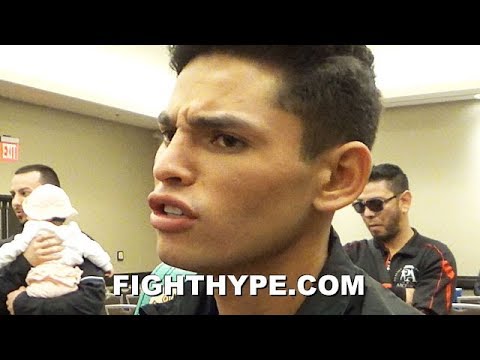