Jessie Vargas on Mikey Garcia: ‘He doesn’t know what he got himself into’ 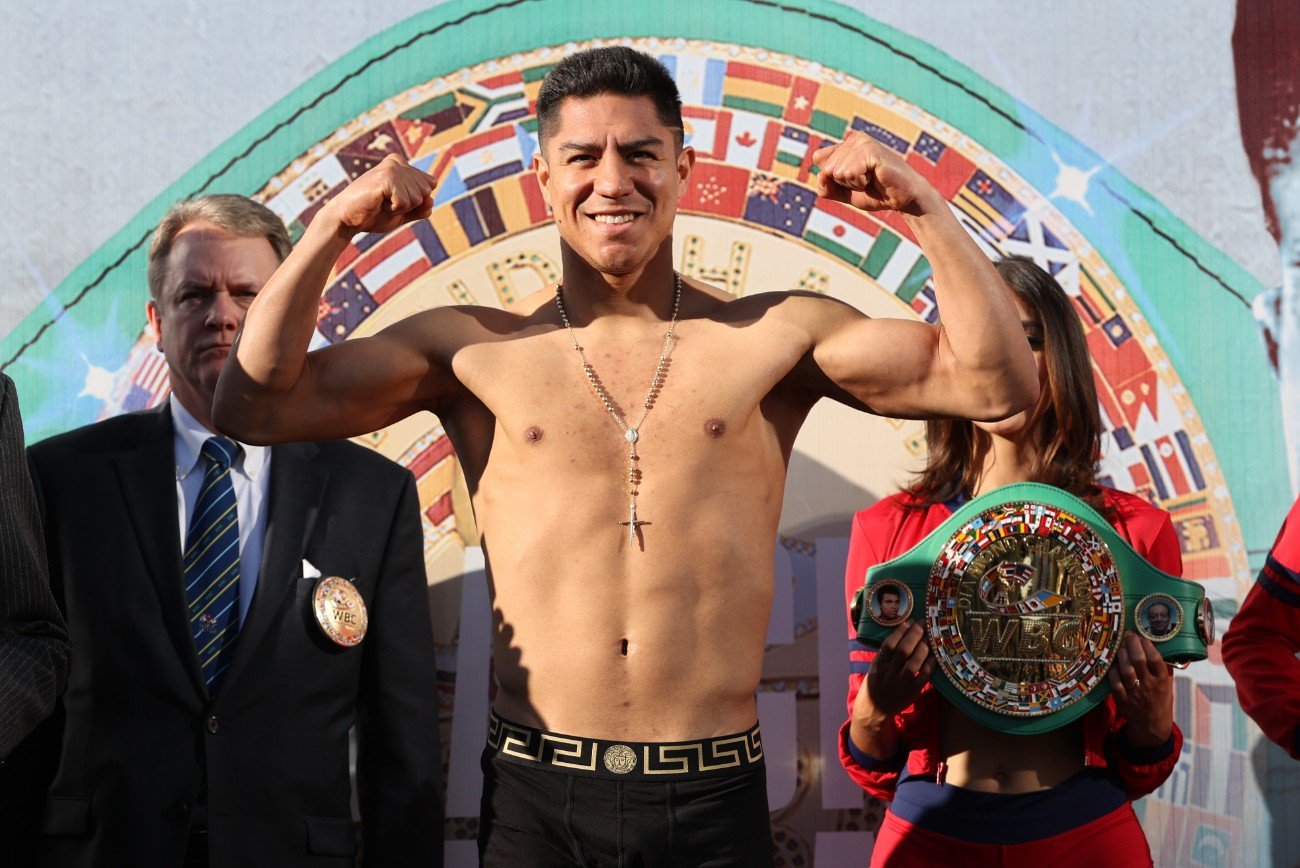 By Dan Ambrose: Jessie Vargas is planning on taking advantage of his size and strength superiority when he steps inside the squared circle to meet Mikey Garcia on Saturday night.

This will be Mikey’s second fight at welterweight after losing in his first bout in the weight class 11 months ago against Errol Spence Jr. by a one-sided 12 round decision in Arlington, Texas. While Vargas would likely lose to Spence as well, he at least would at least have made it competitive.

Mikey has chosen to stay at 147 rather than move back down to lightweight or super featherweight where he previously fought.

Garcia and Vargas will be fighting tonight on DAZN at The Star in Frisco, Texas. Their promoter Eddie Hearn of Matchroom Boxing USA expects a large crowd of over 10,000 fans to show up to see the two in the main event. It’s not just the Garcia-Vargas fight that the fans will be coming to watch. It’s the undercard, which has a number of talented fighters competing.

Here’s a small sample of the Garcia vs. Vargas undercard:

“I did the weight properly to come out victorious on Saturday night,” said Vargas to Fighthype. “We’re only a few hours away. I feel like this is my best training camp without a doubt. I don’t understand why I’m the underdog, but that’s fine.

“My people are going to make a lot of money on Saturday night,” said Jessie. “I’m happy they believe in me. That’s all I concentrate on is the people that support me and believe in me. I’m going to do whatever it takes. The main thing is to make the type of fight that I want to make,” said Vargas.

“When I signed with Matchroom, the Mikey Garcia name was in the contract,” said Vargas. “If the fight would happen, it would be a possibility. They offered me the fight a couple of months ago, and I was happy with the opportunity. I knew it was a fight that fans would enjoy that would get a lot of attention, and generate interest in the boxing world,” said Vargas.

The prevailing belief by fans is that Mikey would give up on the 147-lb division after his dreadful performance against Errol Spence in March 2018, since he would do a lot better at 140, 135 or 130. As his promoter Eddie Hearn says, Mikey wants to prove a point by staying at 147.

Garcia wants to show the world that he can compete among the best in the welterweight division, and then win his 5th division world title against WBA 147lb champion Manny Pacquiao in July. Vargas isn’t one of the best at 147 though, so Mikey isn’t being completely foolish. But Vargas is good enough to take advantage of Mikey’s lack of size in the same way Errol did last year.

“As a fighter, that’s what you want to highlight your career in a great performance,” Vargas said. “It’s a perfect venue in Frisco, Texas to shine, and let everyone know that you’re a top dog in the division. I give him [Mikey Garcia] credit. He is a four-division world champion, and he is a talented fighter.

“I give him credit for what he deserves, but he doesn’t know what he got himself into. That’s the thing,” said Vargas. “He does present a challenge, but I think my technical ability, my ring IQ and my size is going to be a big benefit and a big difference here in this fight.

Jessie is getting a little carried away in remembering his victory over Sadam Ali from March 2016. Sadam wasn’t being avoided by any of the talented fighters at 147 for fear of losing to him. They were avoiding him because of the politics of boxing. Tim Bradley was with Top Rank, and Ali was with Golden Boy, and that’s likely the reason why Tim didn’t face him.

“I remember that Timothy Bradley didn’t want to fight him [Sadam] for a year and a half,” said Vargas. “He gave him step aside money so that he could fight somebody else. The fight was offered to me, and I didn’t have any issues taking it. I didn’t have any doubts I would come out with the victory. I came out with a ninth knockout and a sensational victory,” Vargas said.

It would say a lot for Vargas if he can beat Mikey, as he’s a former pound-for-pound guy, who was one of the best fighters in the sport not long ago. Had Mikey stayed in the lower weight classes, he’d likely still be a pound-for-pound star. But Mikey has moved up in weight in pursuit of the bigger paydays, and a fifth division world title against guys like Pacquiao and Spence. Vargas can end Mikey’s dreams of winning another world title by beating him.

Vargas may need to do a little bit extra tonight for him to win a decision, given that he’s facing a fighter a lot more popular than him in Mikey. There’s no question that Mikey is the A-side in this fight, and Vargas is occupying the role of the opponent. Being in the one-down position means that Vargas is going to need to beat Mikey to the extent to where there’s no shadow of a doubt.

“I wanted this fight here to stand out and be one of my great performances,” said Vargas on his with Mikey Garcia. My experience, in general, will be key. Not only fighting at 147 but also in the 140-lb division. I have my own style, and these guys are helping me.

“My coaches are helping me diversify and perfect different things to get better and to execute much better,” said Vargas. “We’re ready for everything and anything. If you’ve seen any of my fights, I fight well on the inside, and I’m a tall fighter. I fight very well on the outside, and I’m a very good counter puncher too.

“When you saw how Manny Pacquiao fought Thurman and annihilated other guys when we were in a fight, it was very close,” said Vargas.” I was trying to counterpunch, and catch him with that big right hand. He knew it, and he was very wary of coming in. I can be very defensive, and I can be very offensive, but what I do is switch between both.” said Vargas.

Jessie is in the position to be the spoiler by defeating Mikey. The odds-makers have already pegged Mikey as the favorite, and Vargas wants to show how wrong they were in overlooking him. It’s kind of surprising that the bettors would be picking against Vargas after Mikey’s poor performance against Spence.

Mikey lost that fight on size alone, as Spence didn’t have to exert himself at all. It was as if he was beating up on a small sparring partner. That’s how bad Mikey looked. Vargas is more than capable of doing the same thing to Mikey, but obviously not in the same impressive way that Errol did. Vargas isn’t that kind of talent.

“In numerous circumstances, I’ve done it, and maybe that’s something I should change,” Vargas said. “That’s something in my style and something in my DNA. I want to give them action and get them to scream and root for me. Spence vs. Mikey,” said Vargas when asked what he watched to figure Garcia’s weaknesses. “I looked at numerous ones. The Easter fight. The Rocky Martinez, when he got dropped with a right hand. That was in the 135-lb division,” said Vargas.

The contest that Vargas should be focusing on is the Spence vs. Garcia fight for him to get clues on how to beat Mikey. Watching Mikey’s fight against Roman ‘Rocky’ Martinez, which took place seven years ago in 2013 at super featherweight, is a waste of time. It was too many years ago and in the wrong weight class.

It’s even a waste of Vargas’ time to watch Mikey’s fight against Orlando Salido in 2013 because it’s the same situation. It was too many years ago for it to help Vargas.

“Salido fought him on the inside. That’s something to look into and dissect as a fighter that is facing a fighter like Mikey Garcia,” said Vargas. “You use some of his strengths against him, and use his weaknesses to pick him apart. I want to pick him apart round by round and to know how to change the angles and change the punches up. Everything is going to be knowing how to have variety,” said Vargas. 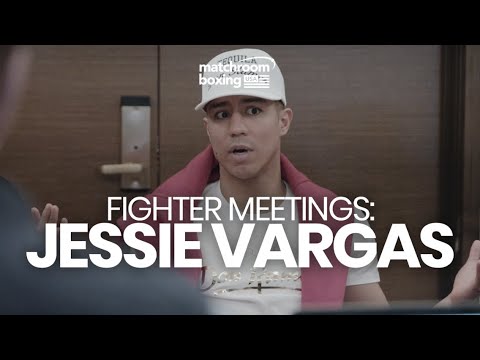