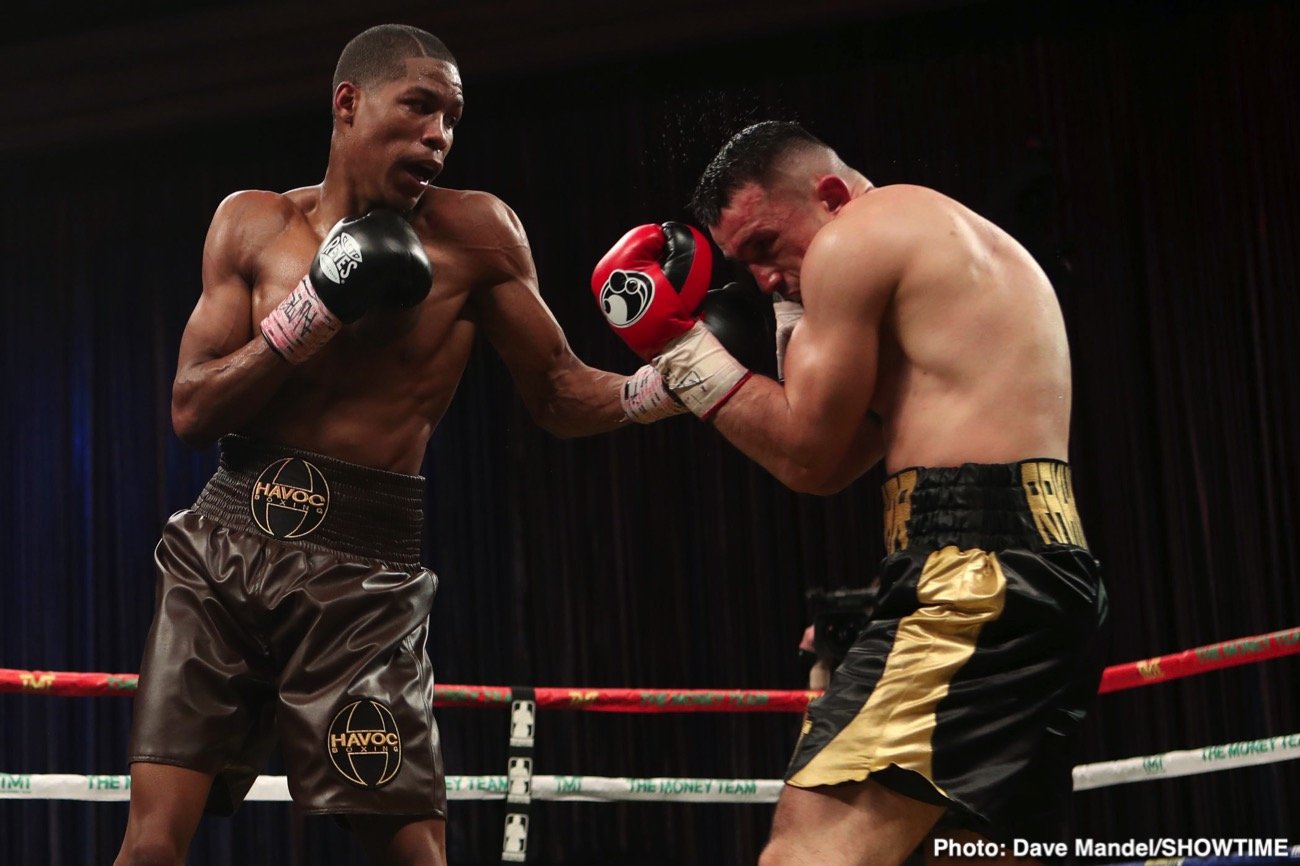 For the second time in less than a year, rising undefeated super lightweight prospect Keith Hunter defeated tough-nosed Uzbekistan native Sanjarbek Rakhmanov from Sam’s Town Live in Las Vegas. In the ShoBox: The New Generation main event Friday night on SHOWTIME, Hunter showed his full arsenal of skills to earn the unanimous decision. The judges scored the fight 97-92 and 98-91 twice.

Hunter (12-0, 7 KOs) and Rakhmanov (12-3-1, 6 KOs) first met in April 2019 in an eight-round welterweight contest that resulted in a narrow split-decision victory for Hunter. This time, Hunter left little doubt and won more convincingly.

“He really impressed me,” said SHOWTIME analyst and former world champion Raul Marquez. “He’s a great prospect who fought the best fight of his life tonight. He showed a lot of skills, a tough chin, an impressive jab and he didn’t run out of gas. He fought until the end and was looking for the knockout until the final bell.”

The 6-foot-tall Hunter used his seven-and-a-half-inch reach advantage to control the distance and was incredibly active throughout, throwing 660 jabs and 1,075 total punches compared to 189 jabs and 393 total punches for Rakhmanov. Hunter, the son of former heavyweight Mike Hunter and the younger brother of current heavyweight contender Michael Hunter, scored a third-round knockdown when he connected with a left hook to the head of Rakhmanov.

Overcoming an injured right hand in the seventh round, Hunter stuck to his game plan and continued to control the action. Rakhmanov proved a tough opponent, but Hunter showed that he could take a punch as he brushed off several heavy blows from Rakhmanov. Hunter nearly closed the show in style, pressing for the knockout in the final round but Rakhmanov withstood the barrage.

“I really wanted to stop him but the judges saw the effort I put in,” said Hunter. “I gave it my all and even though we didn’t close the show, I think we stole the show. I think I improved from the last fight to this fight and made more of a statement this time.

“The 140-pound division is stacked and I think I put the rest of the division on notice that I’m here. I’m not going anywhere and we’re definitely a threat.”

The 22-year-old Hitchins, who represented his parents’ home country of Haiti in the 2016 Rio Games, was aggressive from the opening bell and pressed the action, looking to end the fight early and in style. DeLomba withstood the early pressure and Hitchins was content to out-box his opponent the rest of the way.

Hitchins was more active, throwing 58.5 punches per round to DeLomba’s 44.7, connected far more often (192-81 overall) and was more accurate (33 percent to 18 percent). The only aspect missing from Hitchins’ performance was power, as the tough 29-year-old DeLomba was never shaken.

“I’d rate my performance an 8.5 out of 10,” said Hitchins. “I got hit with little petty shots I could’ve avoided. I thought I could get him out in the second or third round, but I knew he could take a punch.

“He’s fought a couple a big hitters at 147, they knocked him down and he came back up. I knew his game plan was to keep the pressure on me. He was a durable opponent. I wanted to show a different side of my skill set and I think I did that.”

In a fight that pitted Pllana’s unorthodox and awkward style against Newman’s forward movement and accurate jabbing, it was Pllana’s ring generalship and work rate that seemed to impress the judges. Pllana threw 60.2 punches per round to Newman’s 31.5 and his 43 power connects was more impactful and easier to see than Newman’s 37. Newman was the more accurate fighter, connecting on 30 percent of his punches compared to 12 percent for Pllana, but failed to ever trouble Pllana throughout the 10 rounds.

“I’m very happy with my performance but in the fourth round he poked me in my eye,” said the Albanian Pllana, who fights out of Hagerstown, Md., under the tutelage of former two-division world champion Simon Brown. “For the next three rounds, I was seeing three people. In the seventh round, I finally saw one man and started seeing straight again. My style caused big problems for him but if I didn’t get poked in the fourth round it would have been a stoppage.”

“I don’t have anyone to blame but myself,” said Las Vegas’ Newman, who is trained by future Hall of Famer Roy Jones Jr. and former world champion Bones Adams. “I was in shape and out of focus, period. I beat myself tonight, but I’ll bounce back.”

Friday’s fights were promoted by Mayweather Promotions. The full telecast will replay on Monday, March 2 at 10 p.m. ET/PT on SHOWTIME EXTREME and will be available on SHOWTIME ANYTIME® and SHOWTIME on DEMAND®. 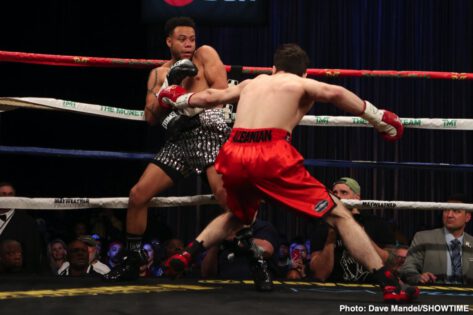 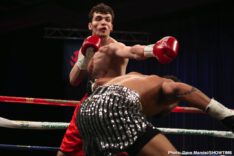 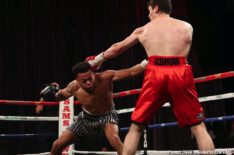 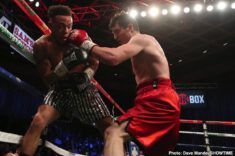 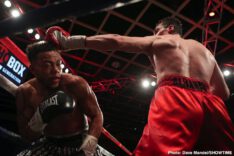 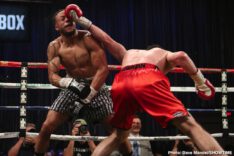 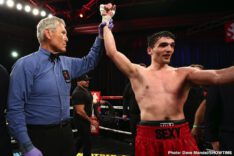 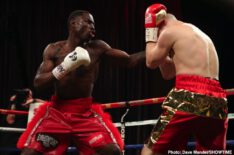 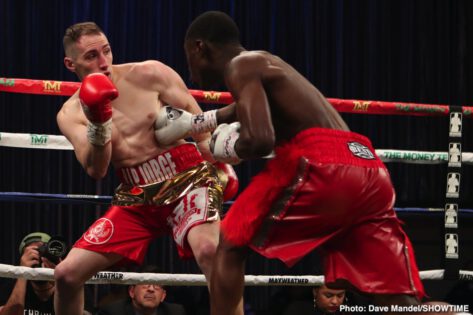 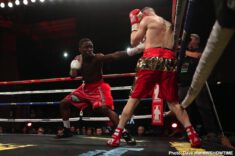 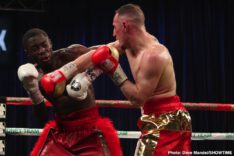 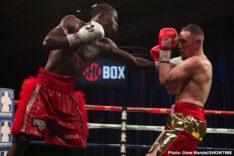 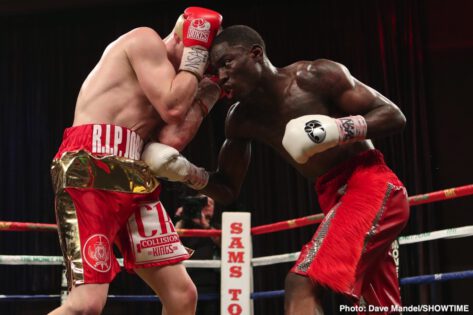 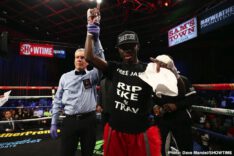 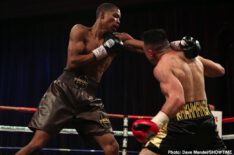 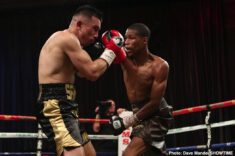 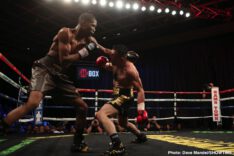 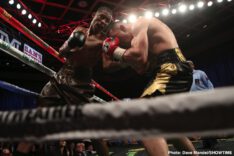 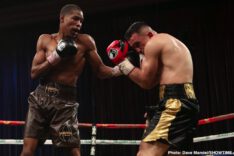 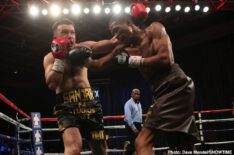 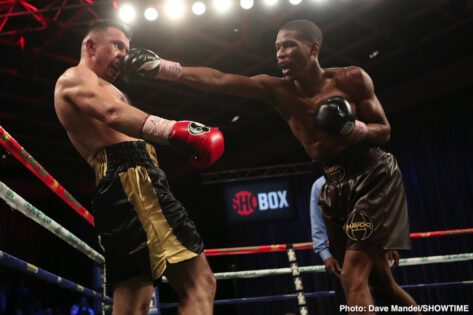 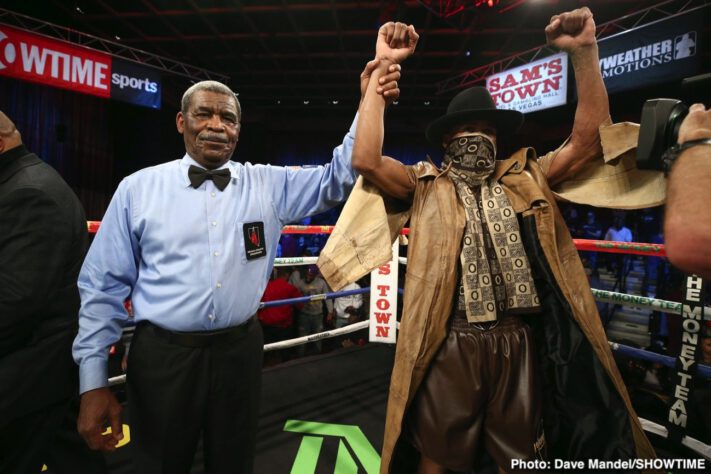