Gennadiy Golovkin vs. Kamil Szeremeta now taking place in May 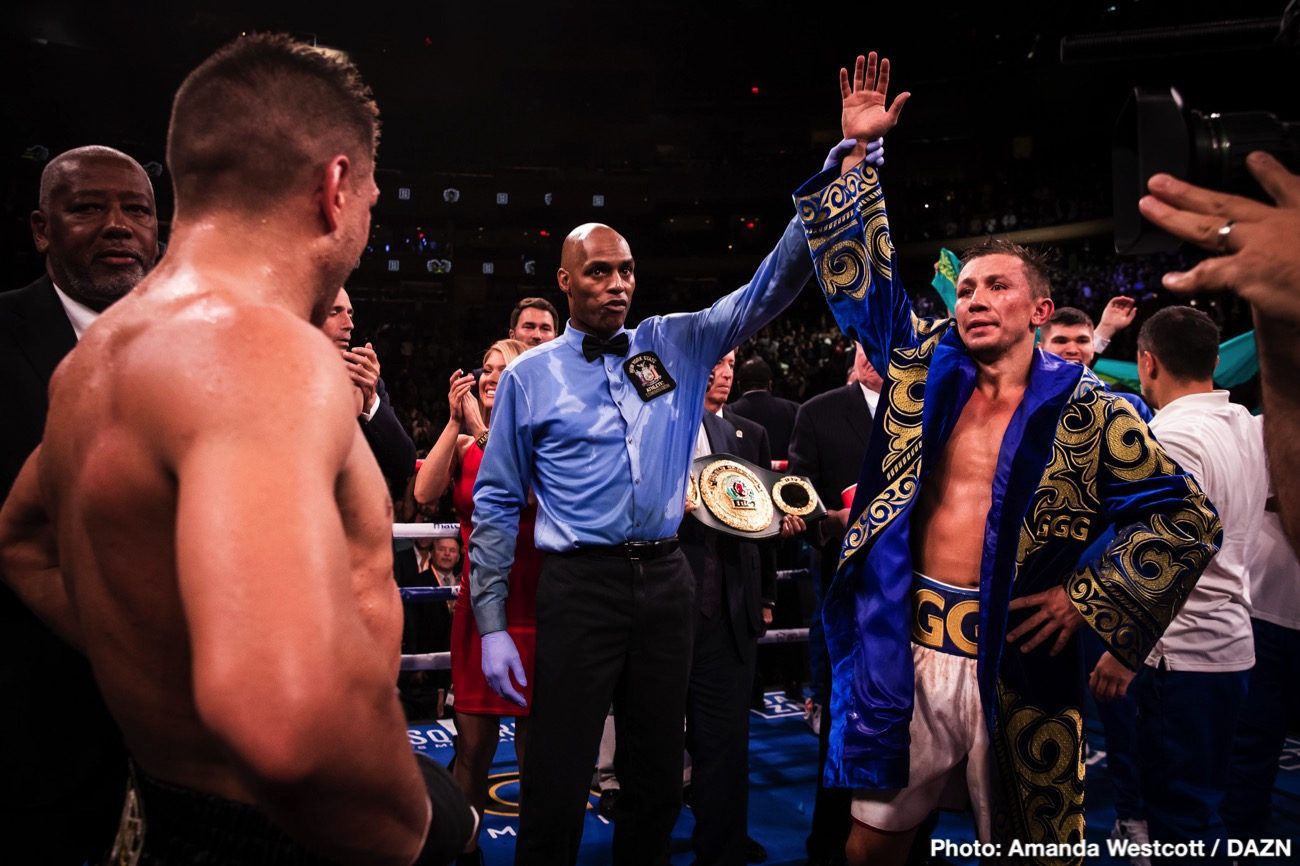 By Barry Holbrook: IBF middleweight champion Gennadiy Golovkin‘s defense against Kamil Szeremeta  has now been pushed to May for either Kazakhstan or the U.S.  This will be the fourth time this fight has been moved. It was supposed to be in February, then it was ssubsequently moved to March, then April and now May.

If Golovkin fights Polish fighter Szeremeta in May, he’s going to be cutting it close for him to be ready to potentially fight Canelo Alvarez in September. Matchroom promoter Eddie Hearn thinks Canelo will choose to fight GGG in September. But if Golovkin suffers a cut against Szeremeta in May, he might not be healed up enough to face Alvarez in September in a trilogy match. Canelo probably won’t mind, as he seems tired of the rivalry and wants to fight other opposition.

This fight makes no sense at all. Golovkin, 37, should be looking to fight one of the other middleweight champions in Demetrius Andrade, Ryota Murata or Jermall Charlo or vacating his IBF title. Golovkin’s popularity is or was at the level where he doesn’t need to hold a paper title, and make mandatory defenses against no name fighters with inflated records. Szeremeta, 30, has been fighting recognizable opposition during his eight year pro career.

For Golovkin (40-1-1, 35 KOs) to be sticking it out for this fight against Szeremeta (21-0, 5 KOs), there’s got to be a good reason. With the boxing world so unimpressed with this fight, GGG is going through with it for some reason that is difficult to understand.

For a lot of fans, they think Golovkin wants a sure thing win so that he doesn’t out on his chance for a cash out retirement payday against Canelo Alvarez in September. So by facing Szeremeta , who has a LOWLY KO percentage of 23.81%, Golovkin has a great chance of winning, and looking good.

It’s been a while since GGG looked good in one of his fights unfortunately. You have to go back all the way to Golovkin’s fight against Vanes Martirosyan in May 2018 for the last time GGG was impressivein a fight. But that was against a junior middleweight, so Golovkin didn’t get a lot of credit for the win. It was viewed as a cherry pick. GGG’s original opponent Jaime Munguia was rejected by the Commission. Martirosyan was brought in as a replacement.

Other than GGG’s 2 fights against Canelo, which he failed to win, he’s fought Martirosyan, Steve Rolls and Sergiy Derevyanchenko. A lot of boxing fans thought Golovkin deserved a loss against Derevyanchenko last October, but the judges gave him a close 12 round decision win.