Who will Canelo pick next? 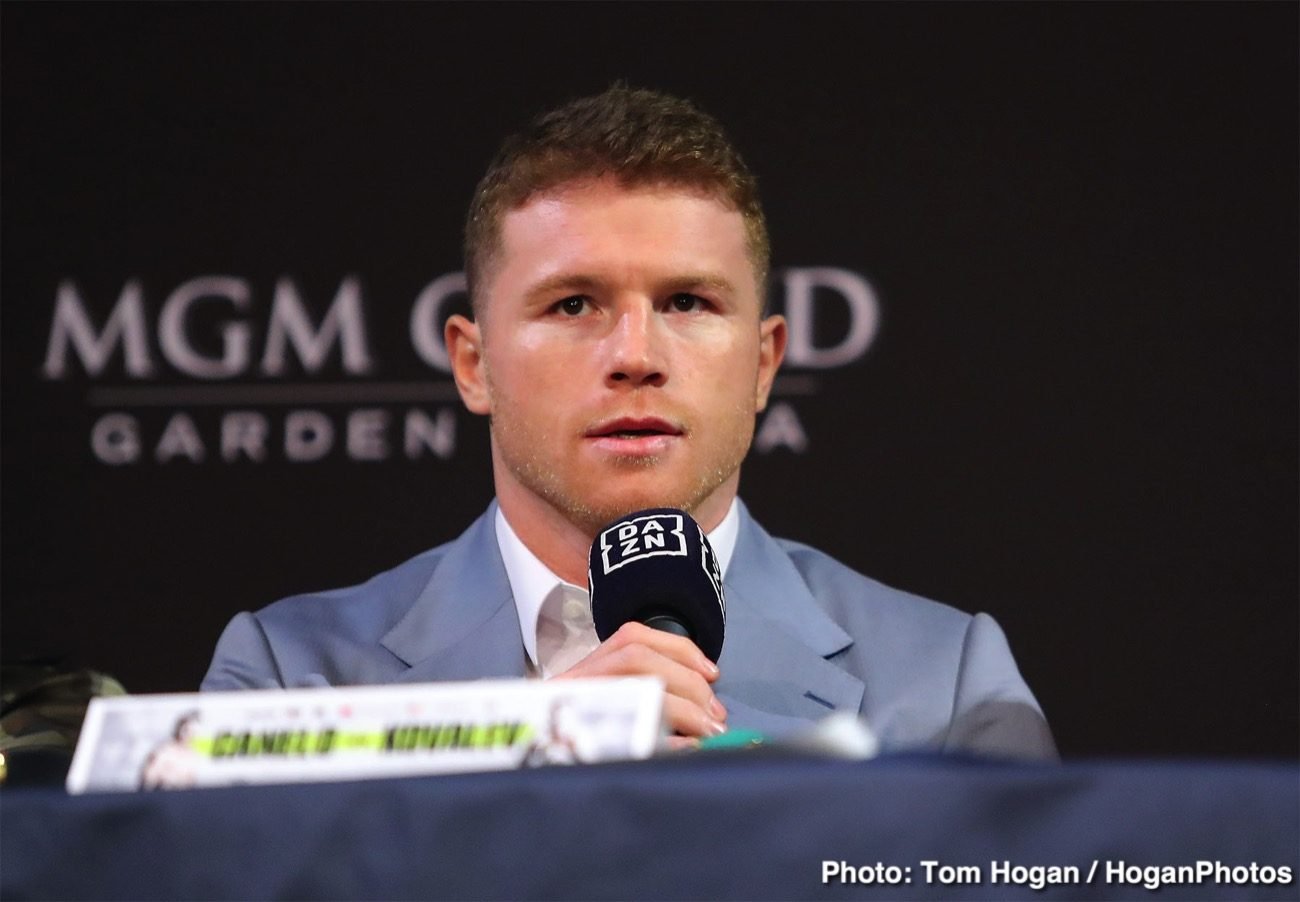 By Gavin Howie: With around 11 weeks to go until Cinco De Mayo, the options for Canelo are still aplenty with no clear frontrunner as yet. Callum Smith and Billy Joe Saunders have both recently rejected the first offers made by Golden Boy to face Canelo and are awaiting better offers.

It seems to me that the preferred choice would be Callum Smith who won the Super Middleweight super 6 and is regarded as possibly the number one in this weak division. I also believe Canelo would find him easier than a tricky southpaw in Saunders.

Eddie Hearn admitted the one who gets that golden ticket will be the fighter who accepts the least amount of money. Both fighters claim they are confident of beating Canelo, and both will receive a career high payday, yet both are at risk of losing out as only 1 will be picked.

It is no secret that Canelo is the money in boxing, and understandably he can pick and choose who he decides to fight, and also add in any restrictions etc that will give him any competitive advantage he can. He deserves to be in this position as he has the best CV in world boxing and had to accept being the b side himself when he faced Floyd Mayweather, which back then was a fight although still green, he just could not turn down.

This is where I get a bit concerned that neither Callum Smith or Saunders have jumped at the chance to face Canelo for a career high payday. Both claim they will win, and if this is the case then the money they could demand in the future could be whatever they say. The tables have now turned on Eddie Hearn as he is always using the phrase ‘I offered them a career high payday, and it was rejected,’ when talking about his golden goose in Anthony Joshua.

Would either Smith or Saunders beat Canelo? I don’t think so. After seeing John Ryder v Callum Smith, I felt Smith was very fortunate to get the win and I can only see Canelo beating Smith decisively. He has far more in his arsenal than Ryder, who gave Smith absolute nightmares. Saunders on the other hand is not a natural Super Middleweight but would still face Canelo at 168 which looks the division Canelo will be fighting at next. Saunders would give Canelo problems no doubt. Inactivity and fighting in Vegas against Canelo could cost him, as I can’t see anybody getting a decision against Canelo in Vegas any time soon.

Who else is in the running to face Canelo next? The Super Middleweight division is relatively weak with beatable world champions and no Ring magazine no1 at this weight. Who else could come in and make a deal to fight against the no1 draw in world boxing? I have a few others who have not been mentioned that may be an outside possibility.

John Ryder is also a big outsider to get the nod and his stock is high after giving Callum Smith such a tough fight and he would not be hard to make a deal with.

Jermall Charlo is another in the frame and that again would be a very good fight, but does he bring in the numbers to deserve a shot against Canelo?

Dimitry Bivol the WBA light heavyweight champion has stated he is willing to come down in weight to fight Canelo and is a very good technical boxer, but does that matchup get you excited much? Probably not.

Gennadiy Golovkin seems pretty adamant he wants to fight Kamil Szeremeta next in a match that absolute nobody wants to see, just so that Golovkin can hold onto his IBF title which is the same belt he vacated many years ago rather than face his mandatory back then in Sergiy Derevyanchenko.

Who else is in the frame to face Canelo next, and who do the readers believe the likely opponent will be for Cinco De Mayo? Personally I do not see anyone from 154-168 that can beat Canelo, but plenty can give him a run for his money.

Gennadiy Golovkin vs. Kamil Szeremeta now taking place in May »