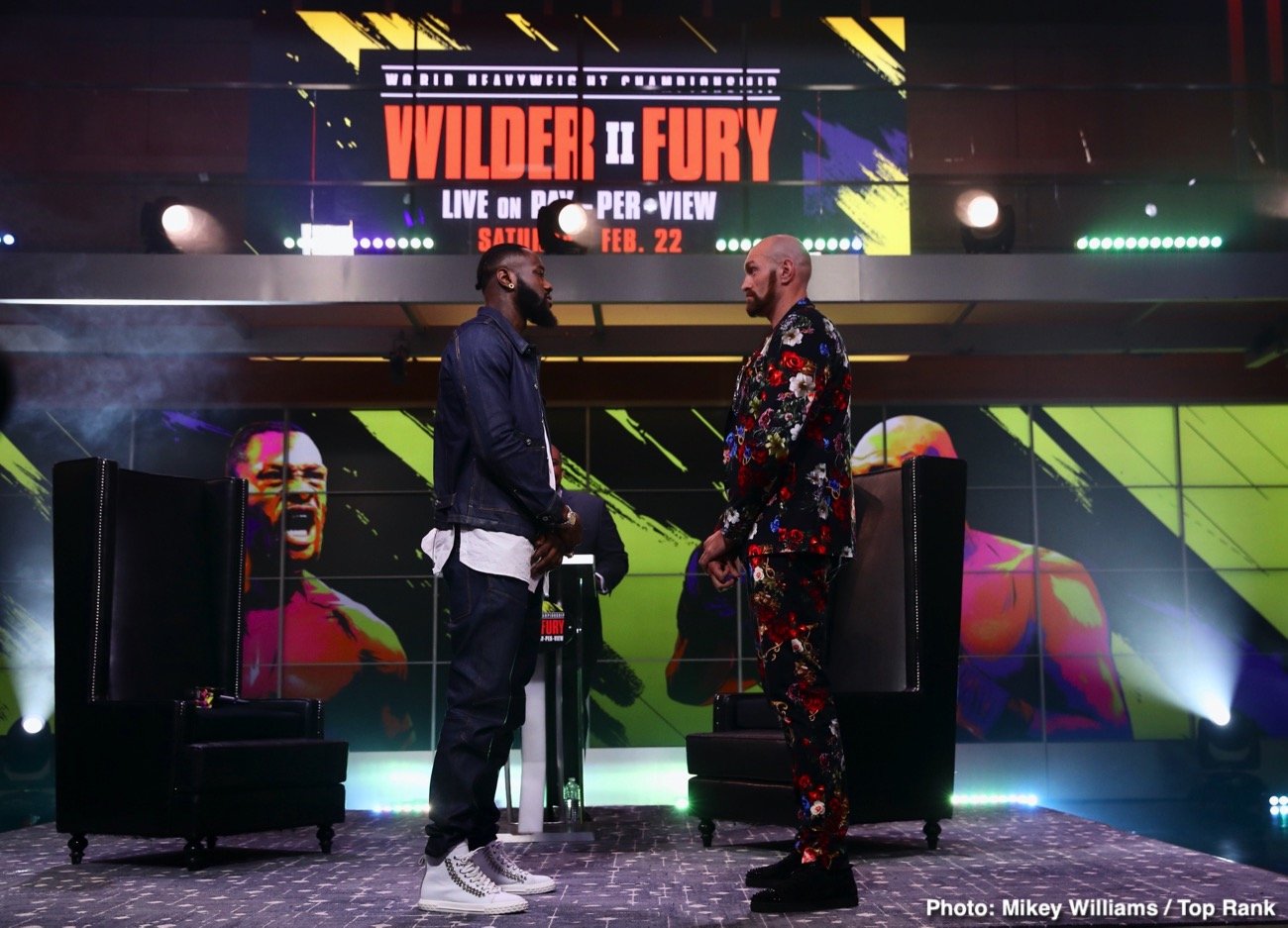 By Dean Berman: Former IBF heavyweight champion Charles Martin is predicting a knockout win for Deontay Wilder in his rematch with Tyson Fury on February 22.

These are the things that will hurt Fury says Martin:

Martin will be fighting Gerald Washington (20-3-1, 13 KOs) in an IBF title eliminator in the co-feature about on the Wilder vs. Fury 2 card at the MGM Grand in Las Vegas on February 22.

The winner of the Martin vs. Washington fight will be the IBF mandatory to champion Anthony Joshua. Martin already lost to Joshua by a 2nd round knockout in 2016, but he believes things will be different the second time around if/when he faces Joshua.

Martin might not face Joshua though. Joshua has 2 mandatory defenses to get out of the way in 2020 against Kubrat Pulev and Alexander Usyk. He could loe to one of those guys. It’s not likely that Joshua will get beaten by either of them, but it’s possible.

Martin: Deontay will KO Fury with his right hand

“He’s a good fighter, and he’s done his things and been a top contender, but I’m not playing. I’m going to go in there and get the job done,” said Charles Martin to Fighthub about his fight against Gerald Washington on February 22. “I’m not looking for no knockout. I’m willing to go 12 rounds if need be, because we’re in shape for it.

“It’s hard to say,” said Martin when asked his prediction on the Wilder vs. Fury 2 fight. “He [Fury] just switched trainers, and I don’t think that’s a good thing when you’ve got that chemistry. To leave and be with a new person and learn new tactics and stuff like that within a time frame of a big fight,” said Martin on Fury.

“So that’s one thing that he did wrong,” said Martin on Fury. “Two, he’s going to out-box him, and do his thing, but Wilder is going to hit him with that right hand, and it’s going to be lights out. He’s been doing it, and is on a one-punch knockout streak. So I’m leaning more towards Wilder.

Fury’s trainer switch was an unusual move, but also a sign that he’s worried. Wilder says Fury is “nervous” about the rematch, and that’s why he gave Davison the boot. Fury is looking for that magic person that will guarantee him success in the rematch, but he may find out there isn’t anyone that can save him.

Wilder does better in rematches – Martin

“He’s [Fury] never been beat up or hurt in his career, so I don’t think his chin is gone, but look at his track record,” Martin said about Fury. “He [Wilder] fights a guy once, and he may knock him down or whatever or stop him. But then the second time he fights them, he’s got them figured out, so he’s going to go boom, and land that right hand,” said Martin on Wilder.

“He [Fury] looked bad against Wallin. It could be the money too. Some people can’t handle it,” said Martin, speculating why Fury is suddenly looking so poor. “It distracts you,” said Martin about Fury’s him coming into a lot of money all of a sudden changing him.

Thus far, Wilder is 2-0 in rematches. With that said. Stiverne and Ortiz aren’t the same fighters that Fury is. It might not matter that Wilder has done better in his rematches, because Fury could improve as well and out-box him again.

Joshua will go ‘Bambi legs’ when Wilder hits him – Martin

The Joshua vs. Wilder fight, if it happens, could come down to which of them lands their best shot first. If it’s Wilder, then Joshua is going to be on ‘Bambi leg’s,’ as Martin puts it. Unlike Wladimir Klitschko, Wilder won’t choose to let Joshua off the hook, hoping to beat him by a 12 round decision. If Wilder hurts Joshua, he’ll stop him.

“On the 22nd, I can beat any of the heavyweights,” said Martin. “It just happened to be Gerald Washigton. Let’s put it that way. I mean business, and I mean what I say. We’ve been working too hard to fall down to any man, you know what I mean?” said Martin.

Most boxing fans believe Martin will easily beat Washington, as he’s looked better lately, and he’s been performing lately. Washinton was destroyed by Adan Kownacki in 2 rounds. Martin lost a close 10 round decision to Kownacki

“I’ll say Wilder, then Joshua, then Fury, then you got me, and then Andy [Ruiz],” said Martin when asked to rank the top 5 heavyweights in the division. “That’s how I got it, man. “But Joshua has a loss, you know what I mean?” said Martin in explaining why he has the unbeaten Wilder rated above Joshua.

“Joshua got knocked out. You’ve got to put the number one guy that is undefeated. He’s good,” said Martin about Andy Ruiz Jr. “When he’s in shape, no one can beat him either.”