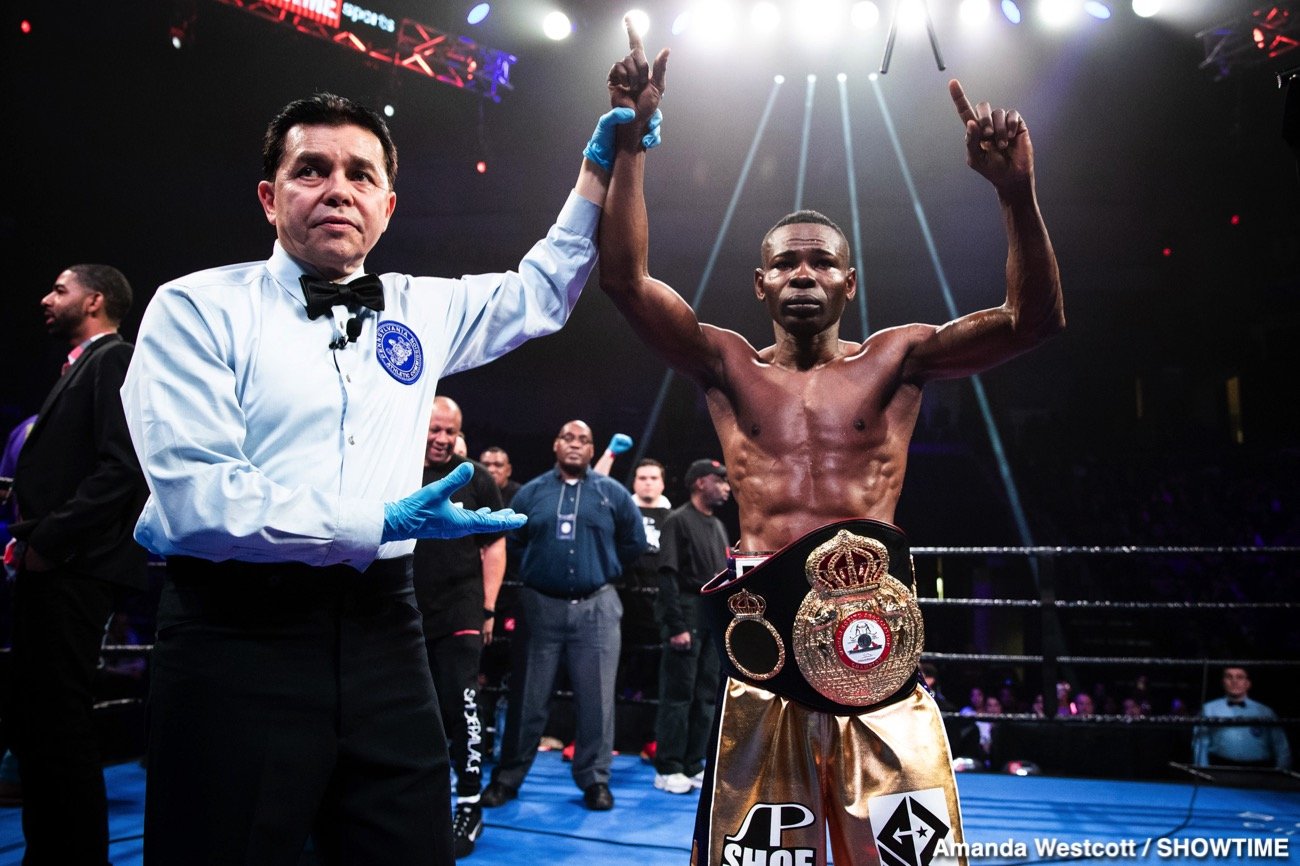 By Chris Williams: Newly crowned WBA World bantamweight champion Guillermo Rigondeaux (20-1, 13 KOs) is ‘Monster Hunting’ in targeting IBF/WBA 118-lb champion Naoya Inoue in a future fight if the Japanese star wins his April 25 unficiation match against WBO champion John Riel Casimero at the MGM Grand in Las Vegas. That’s a tough fight for Inoue to be taking off the back of his grueling win over Nonito Donaire last November.

It’ll be up to Top Rank Boxing promoter Bob Arum if he wants to let Inoue face Rigondeaux. In some cases, Arum is a risk taker with his fighters, but generally he’s calculated. He’s not going to throw Inoue in with Rigondeaux unless he’s certain he can win.

It was an easy decision for Arum to let Vasiliy Lomachenko fight Rigondeaux in December 2017. Rigondeaux, who basically is a bantamweight, had to go up two weight classes to fight Lomachenko at super featherweight without a catchweight

“Let’s go ‘Monster’ hunting,” said Rigondeaux on wanting to fight Naoya Inoue. “He’s an excellent fighter, a great fighter, and a warrior. Once he starts, he starts adjusting. He’s got a lot of good things that I do to. He’s a really well rounded boxer. So we’re both going to make adjustments when that fight comes.

“That was a great fight. Two great fighters,” said Rigondeaux on the Inoue vs. Nonito Donaire fight. “That was really tough for Inoue, because Nonito is a great fighter. Bob Arum has Al Haymon’s number. He’s the one that’s stopping things. Mr. Arum knows. He knows what happens to his fighters when they face me.

Inoue’s Top Rank promoter Bob Arum will likely never let Rigondeaux get a shot against ‘The Monster’ after his bad experience in the past with him. Seven years ago, Rigondeaux defeated Arum’s fighter Nonito Donaire by a one-sided 12 round unanimous decision in April 2013.

After that bad experience by Arum, he probably won’t let Inoue face Rigondeaux. Unlike Lomachenko, Inoue wouldn’t have a HUGE weight and size advantage over Rigondeaux.

When Rigondeaux fought Donaire, the Filipino star was 31-1, and on the top of the sport. He had been named ‘Fighter of the Year’ in 2012, and was seen as a pound-for-pound great. But after Rigondeaux got through with Donaire, he came up with excuses about how it was hard for him to make the weight at 122, so he made the ill-advised move to go up to 126, and his career faltered in that weight class.

It took Donaire four years to finally briefly turn things around when he moved down to bantamweight, and captured the WBA title in beating Ryan Burnett in the World Boxing Super Series tournament in 2018. Unfortunately for Donaire, he lost his WBA title to Inoue by a 12 round decision last November in the final of the WBSS tourney.

Donaire will be looking to beat Nordine Ouabaali to put himself in position to get a rematch Inoue.

The fight initially looked like it was going to be a massacre for highly skilled 37-year-old Solis, who landed 28 punches in round 1. To land that many shots against the defensive-minded two-time Olympic gold medalist Rigondeaux, that was an accomplishment. However, after the first round, Rigondeaux adapted, choosing to stay in the center of the ring and box Solis.

In the 7th, Rigondeaux knocked Solis down with a big uppercut. Solis was on his best behavior after the knockdown. He realized at that moment how dangerous Rigondeaux is when he unleashes his power shots, so he didn’t want to take anymore chances.

“Solis is an excellent boxer. He gave me a run for my money,” said Rigondeaux after his win over Solis. “It was a great fight. Congratulations to him for keeping up in the ring, but the better guy got it. That’s what judges do. Everyone sees fights differently.

“You can’t blame anyone for that,” said Rigondeaux on the judge that scored it for Solis. “Everyone’s a credit, but when you get to my level, you just keep doing your work and good things come to you. As I showed, I can fight in the middle of the ring. After the first round, my coach told me, ‘Let’s box him. Let’s show a little boxing.’

Guillermo: No one wants to fight me

Rigo is a much better fighter now that he’s at his natureal weight at 118 rather than still fighting at 122. If Rigondeaux doesn’t get a fight with Inoue in 2020, then he’ll likely be looking to fight someone like Jason Moloney orReymart Gaballo. It would be interesting to see Rigondeaux fight former WBC super flyweight champion Srisaket Sor Rungvisai. That would be a fun fight. 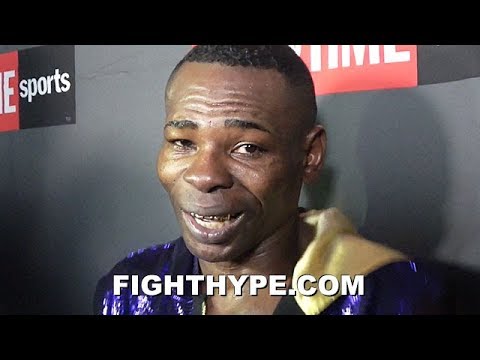