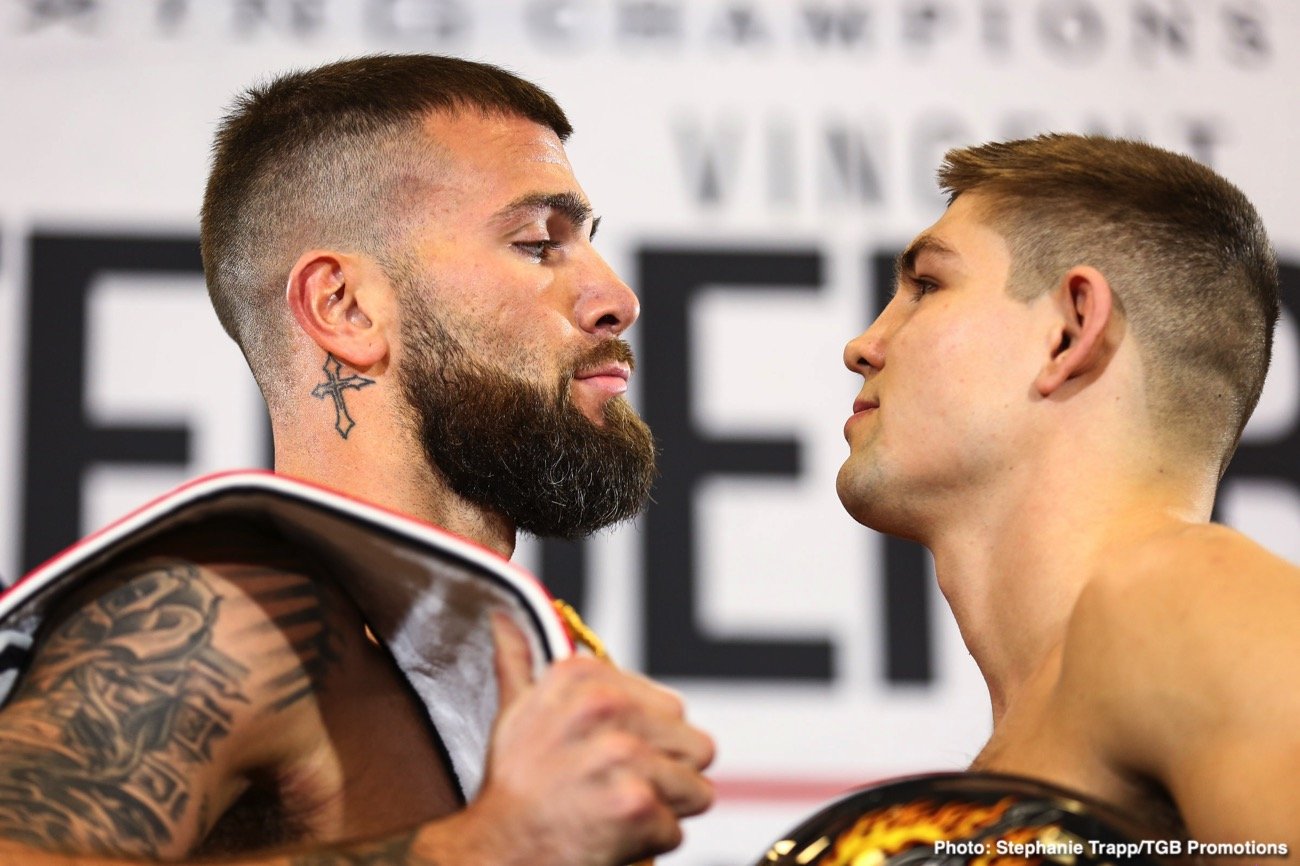 By Allan Fox: Caleb ‘Sweethands’ Plant made weight on Friday in coming in at 166.75 lbs for his title defense of his IBF super middleweight belt against his IBF mandatory Vincent Feigenbutz for their fight on Saturday night on Fox Deportes and FOX PBC Fight Night at the Bridgestone Arena in Nashville, Tennessee.

Plant under consideration for Canelo fight

With the news of Plant being under consideration for Canelo Alvarez’s next fight on May 2, it’s important that he not only wins, but looks good in doing so. That means he might need to limit the amount of movement that he uses, because Golden Boy Promotions aren’t likely to want Canelo to face someone that is highly mobile. Canelo lost to Floyd Mayweather Jr. when he used movement against him in their fight in 2013. Erislandy Lara also gave Canelo fits in 2014 with his mobility. 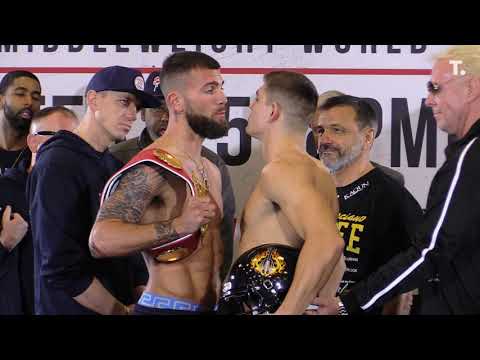 Canelo is an excellent fighter, but his feet are slow, and he’s not someone that can cut the ring off on a fighter like Plant if he chooses to move constantly. If Plant gets the Canelo fight in May, he would be hitting the jackpot with a huge career high payday. His competition is fellow super middleweight champions Callum Smith and Billy Joe Saunders. They both come from the UK, and aren’t well known to the casual boxing fans in the States.

This is Plant’s second defense of his International Boxing Federation 168-lb title he won last year in January in beating Jose Uzcategui by a 12 round unanimous decision. In Plant’s first defense, he beat light heavyweight fringe contender Mike Lee by a third round knockout last July in a voluntary defense.

Plant took some heat from fans in selecting such a badly over-matched fighter, who isn’t wasn’t ranked in the super middleweight division. But that was likely more of a product of Lee being with the same management as him, so it was a natural fight, if not a thrilling one.

Caleb willing to do anything necessary to win

“This is the best I’ve ever felt heading into a title fight. This is the sharpest that I’ve ever boxed,” said Plant. “Anyone who knows me, knows that I make weight easily. We’ve had the best sparring partners yet for this camp, and it’s going to make the fight easy on Saturday.

The German fighter Feigenbutz comes into the contest on Saturday night with a 10-fight winning streak since suffering an 11th round knockout loss to Giovanni De Carolis in January 2016 in their rematch. Feigenbutz had defeated De Carolis by a 12 round unanimous decision in their first fight in October 2015.

Feigenbutz has been beating lesser opposition for the most part since his loss to De Carolis, but that’s the problem with the 168-lb division. It’s a weak weight class from top to bottom, which you can argue is why guys like Saunders and Callum Smith hold titles.