Joshua Buatsi could fight for world title in 2020 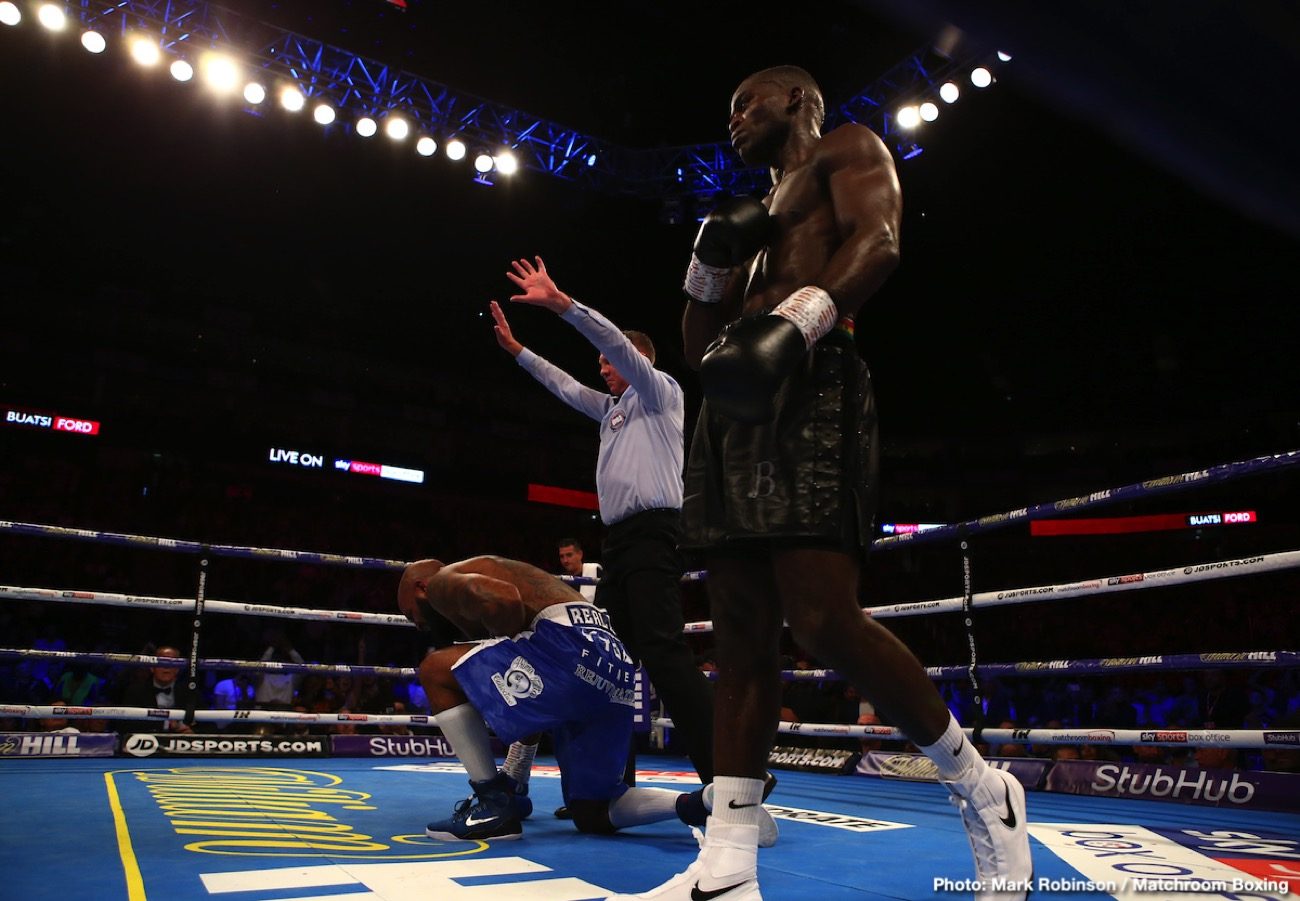 Meng is from China, and he fought in the 2016 Olympics. Beterbiev may choose not to fight agree to fight the 31-year-old Fanlong in China due to political reasons. If that’s the case, then the only other way the Beterbiev-Fanlong fight will take place is if NJ Rejoy Group chooses to agree to having the contest take place outside of China.

It’s unlikely NJ Rejoy Group would agree to stage the Beterbiev-Fanlong fight in another location, especially given that they put a lot of money into winning the purse bid. It would make zero sense for them to take the Beterbiev vs. Meng fight outside of China if that’s the location that want to stage the fight.

So if Beterbiev vacates his International Boxing Federation title, then Buatsi is the next highest ranked contender that the IBF will likely call on to fight for their vacant 175-lb title against Fanlong.

Hearn: Buatsi in good position to fight for IBF title

“Joshua is in a good position actually, because there’s been an IBF purse bid ordered for Beterbiev against Fanlong Meng, a Chinese fighter,” said Hearn to IFL TV. “Buatsi is one behind, so we’ll see what happens there.

“We’re going to reschedule the Blake Caparello fight,” said Hearn. “He’s going to be back in March as well. He got ill, but couldn’t take part in that fight, which was due to take place in November. I think 2020 is a massive year for Buatsi.

“I think he’s a brilliant fighter, someone I’m really excited about,” said Hearn about Buatsi. “He’s a great mindset, and I believe he’ll win a light heavyweight world title in 2020, and hopefully that Caparello fight will be announced for March.

This is a perfect world for Buatsi right now. Fanlong looks very weak, slow and average as a fighter. Buatsi would have an excellent shot at beating him in emphatic fashion.

In fact, it’s hard to imagine a scenario where Meng finishes the fight on his feet. He’s not in the same league as Buatsi in terms of power, speed and boxing skills. Moreover, Fanlong is a very old looking 31. Although he’s 31, he looks like he’s pushing 40.

If Beterbiev chooses to hold onto his IBF title, then it would be best for Hearn to steer Buatsi to safer waters. Buatsi is a good fighter, but he’s not in the same league as the two-time Russian Olympian Beterbiev.

Things could change in the next 3 or 4 years as 34-year-old Beterbiev ages, but right now it would be a mismatch. Beterbiev would almost surely dominate Buatsi in the same way that Adilbek Niyazymbetov did in the 2016 Olympics.

“Callum Johnson has had a stop-start career that has actually been quite frustrating, but he’s had his injuries this year,” said Hearn. “A shoulder injury. He had a brilliant win in March against Sean Monaghan.

“Callum’s Beterbiev performance now looks so good now,” said Hearn on Johnson’s performance against Beterbiev. “He had him down and hurt, but he didn’t jump on him. And he could have beaten him in that fight, and he was coming off of a massive spell of inactivity in that fight as well. He comes back in the Seanie Monaghan fight, and it was a great performance. He’s strong, and punches very hard.

“There’s a lot going on in the light heavyweight division right now. He’s coming back on March the 7th in Manchester against [Igor] Mikhalkin for the European title. That’s a good fight, and a tough fight. Then I believe he should fight for a world title. I really believe [Joshua] Buatsi against Callum Johnson is a really good fight, and one that I’d like to see in 2020. It could either be a defense of a world title or for a world title,” said Hearn.

Callum Johnson (18-1, 13 KOs) shouldn’t have any problems beating Igor Mikhalkin (28-2, 10 KOs) on March 7. Of course, it’s still early yet to be talking about Callum fighting the 34-year-old Mikhalkin, because he still needs to make it through training camp to get to the fight. With the way that Callum suffers injuries, he could get hurt at anytime during training camp, and wind up dropping out of the fight.

Buatsi will need to change his fighting style to beat Callum

If everything goes according to Hearn’s plans, then Buatsi will meet up with Johnson in the second half of 2020 with the IBF title on the line. Buatsi vs. Callum would be a good 50-50 match-up.

Callum would have a good chance of winning due to Buatsi’s tendency to want to slug with everyone he faces. He’s gotten away with that style of fighting due to his opposition having very little power, but that would change in the fight against Callum.

This would be a fight where Buatsi could get taken out quickly if he chooses to throw his badly telegraphed right hands. Callum would take advantage of that by clocking Buatsi with a right hand counter. Hearn probably wouldn’t be too happy about Buatsi, 26, losing to the 34-year-old Callum, because he’s the much younger guy. Buatsi has more time left in his career obviously than Johnson, and it would be a big disappointment if Callum exposes him this early.

Buatsi is a good fighter, but he needs the perfect situation for him to excel. As I mentioned, he wouldn’t do well against Beterbiev. Additionally, he would struggle badly against WBA light heavyweight champion Dmitry Bivol. Those two Russian fighters were blessed with the better amateur background than Buatsi, and not surprisingly they have more going for them. 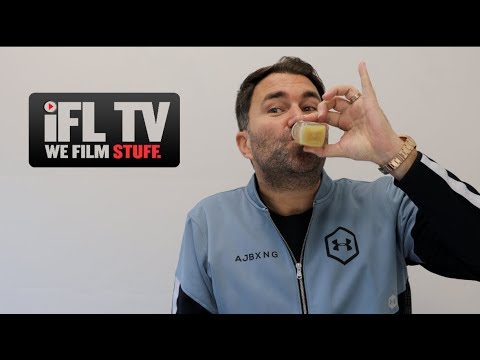 
« Andrade vs. Keeler undercard: Tevin Farmer vs. Joseph Diaz on Jan.30 on DAZN