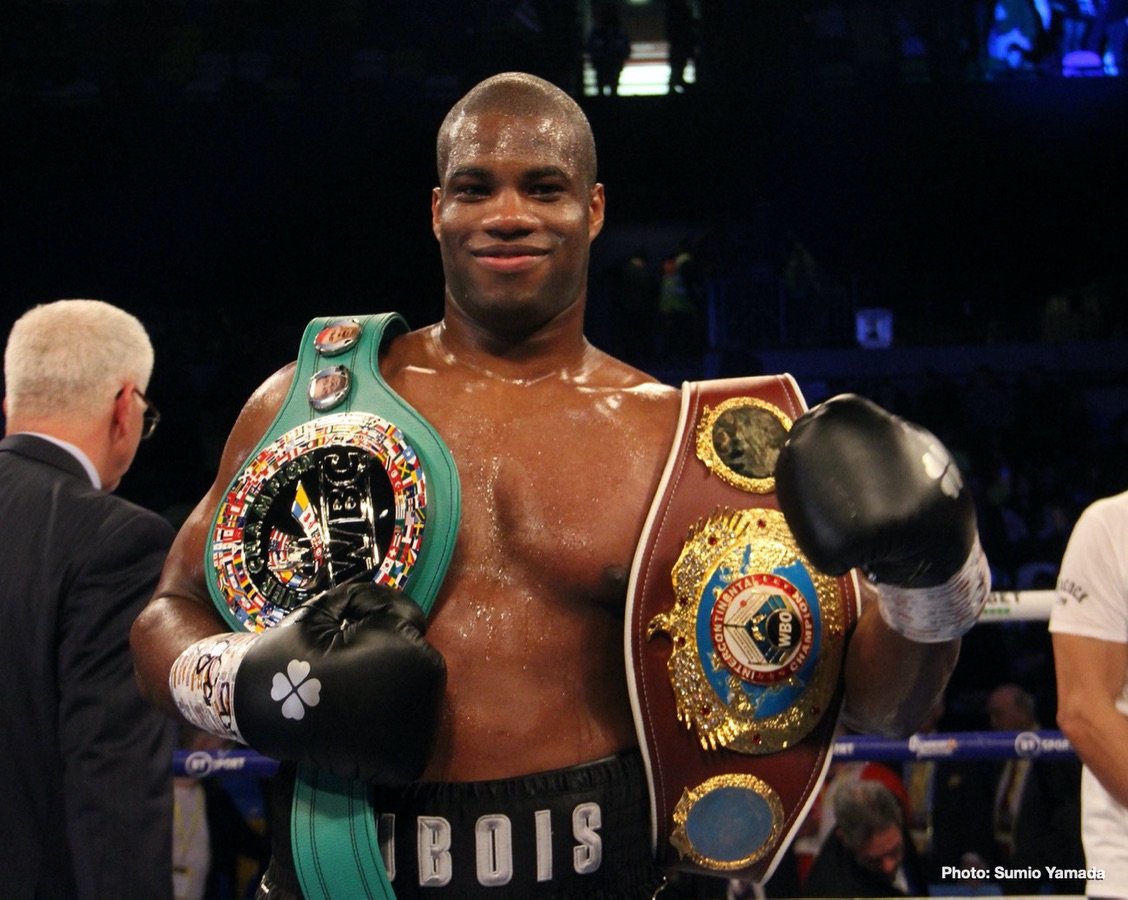 By Tim Royner: Promoter Frank Warren states that talks have started for a heavyweight clash between undefeated Daniel Dubois (14-0, 13 KOs) and 2016 Olympic silver medalist Joe Joyce (10-0, 9 KOs). They could meet up in April.

This is a fight that should have already taken place back in 2017, but not now. Joyce needs to do more with his career because of his late start for his professional career.

Joyce long in the tooth to be fighting for British strap

For the soon to be 35-year-old Joyce still messing about with competing for the British title, it seems like a backwards move for him. With Dubois’ advanced age, he should be fighting for a world title instead of still toiling away for domestic level straps.

If Joyce has given up on fighting for a world title, then competing for the British title is down his lane.

Warren posted this on social media on Friday saying that talks have started between Dubois and Joyce.

Delighted to confirm talks are underway for a huge domestic Heavyweight clash in 2020.

Dubois, 22, is coming off of a 2nd round knockout win over Kyotaro Fujimoto (21-2, 13 KOs) last month on December 21 in London, UK. Surprisingly, the World Boxing Organization had the 33-year-old Fujimoto ranked high despite his meager talent.

Last July, Dubois captured the British heavyweight title in stopping Nate Gorman in the 5th round. The fight got a lot of attention in the UK, but not elsewhere.

For Dubois to get worldwide attention, he’s going to need to go fight for a world title or at least someone highly ranked like Adam Kownacki, Dillian Whyte, Luis Ortiz or Oleksandr Usyk. Dubois wants to fight for EBU heavyweight title next. He’s got time to go after trinket titles, but he needs to step up.

Dubois might not ready for those types of heavyweights though, because he’s slow and very hittable. Although Dubois has good power and a nice jab, he’s easy to hit. He’s robotic in the same Anthony Joshua is.

Joyce was getting a lot of attention not long ago with his wins over older heavyweights Bermane Stiverne, Alexander Ustinov, Joe Hanks and Lenroy Thomas. However, Joyce’s stock dropped off dramatically with his last fight against 35-year-old Bryant Jennings last July. Joyce was hit a lot, and he faded badly in the later rounds of that fight.

Jennings surprisingly hurt Joyce, and took over the fight completely in the second half of the contest. Only one of the scores reflected what took place in the fight. That was the 115-112 score for Joyce. The other two judges scored it wide in favor of Joyce by the scores 118-109 and 117-110. Those scores didn’t match the fight that took place that night. Joyce looked dreadful, and was lucky to get the win.