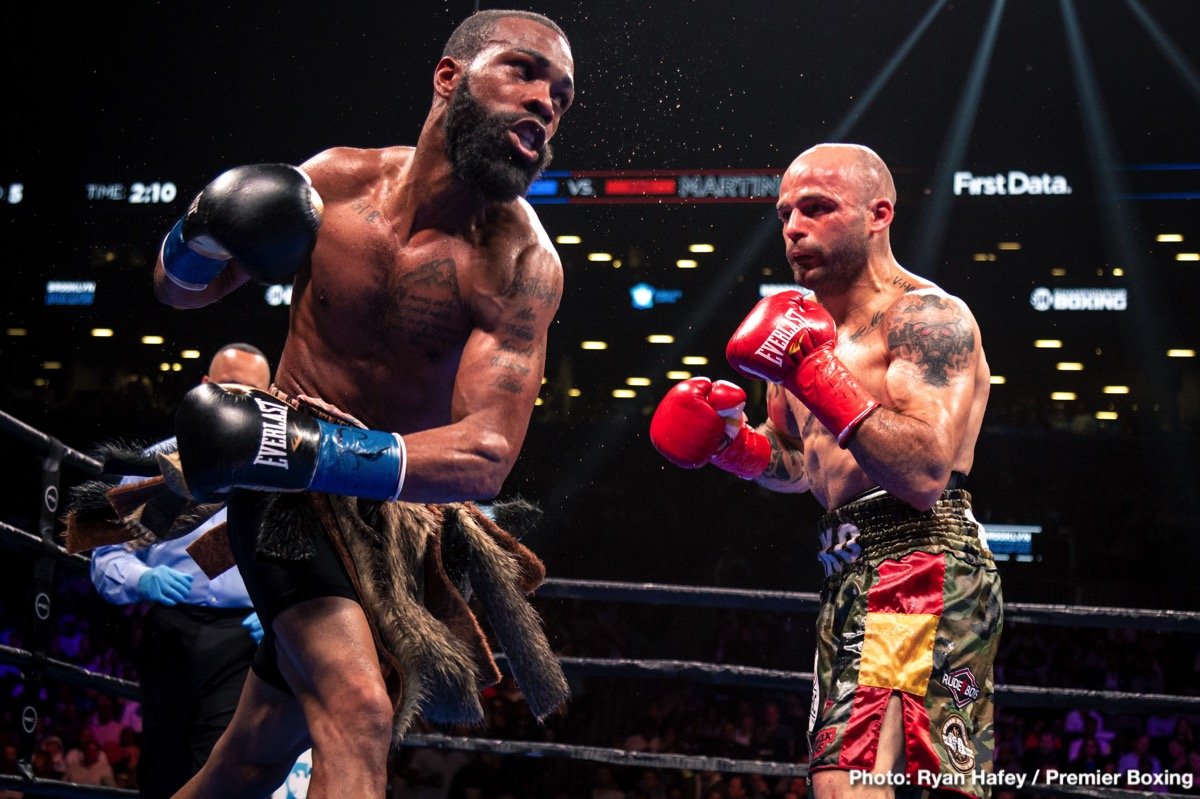 The main event showdown will see Russell make the fifth defense of his title as he looks to again display the skills and speed that have made him one of the elite featherweight fighters in the world. He will be challenged by the 2012 Olympic silver medalist “King Tug”, who quickly rose up the rankings facing quality opposition throughout his 11-fight career.

“Gary Russell Jr. has proven himself to be at the very elite level of this sport and one of the best fighters in the featherweight division,” said Tom Brown, President of TGB Promotions. “His speed, power and overall skillset has made him a must-watch every time he steps into that ring.

“He’s going to get all he can handle from an undefeated fighter in ‘King Tug’ Nyambayar, who has the pedigree and power to make this a memorable fight. You won’t want to blink during this high octane showdown February 8 on SHOWTIME from PPL Center in Allentown, Pennsylvania.”

“The February 8 card is co-headlined by two of the most skilled boxers in the sport today,” said Stephen Espinoza, President Sports & Event Programming, Showtime Networks Inc. “Gary Russell Jr. – arguably the fastest hands in boxing – will be facing his toughest challenge as world champion against the aggressive power-puncher ‘King Tug’.

“And in the co-main event, Guillermo Rigondeaux, one of the best boxers on the planet since his days as an amateur in Cuba, moves down in weight to the bantamweight division for the first time in his pro career as he faces former world champion Liborio Solis with a world title at stake. Add in a compelling super featherweight eliminator and we have the makings of an action-packed tripleheader on February 8.”

The 31-year-old is part of one of boxing’s premier fighting families as he is trained by his father Gary Sr., and trains alongside his younger brothers, unbeaten super lightweight Gary Antuanne and undefeated bantamweight Antonio. Russell most recently stopped former champion Kiko Martinez in May on SHOWTIME after previously defeating then unbeaten challenger Joseph Diaz Jr in 2018 in a hometown defense.

“I’m forced to defend my title against another mandatory challenger and I’m going to show on February 8 why none of the other champions want to face me,” said Russell. “And I’m the longest current reigning WBC champion but no one has stepped up to the challenge I present. I’m going to take care of business against a strong opponent and display all my skills like I always do.”

The 27-year-old Nyambayar (11-0, 9 KOs) represented his native Mongolia in the 2012 Olympics but now lives in the U.S. and is training out of Las Vegas. Nyambayar ascended up the featherweight rankings after his extensive amateur career with victories over then unbeaten Harmonito Dela Torre and former interim champion Oscar Escandon. Most recently he won his first 12-round decision by defeating former champion Claudio Marrero in January.

“This is going to be an exciting fight for everyone watching on February 8,” said Nyambayar. “Gary Russell Jr. is a great champion who is very talented, but he has the WBC belt and that’s what I want. I’m training hard to win this fight and I will be ready for anything that Russell brings to the ring.”

Rigondeaux (19-1, 13 KOs) will look to move down and capture a title in a second weight class in his SHOWTIME debut. Since turning professional in 2009 after one of the best amateur careers in history, Rigondeaux has showcased masterful technical skills that made him a unified 122-pound world champion and perennial member of the pound-for-pound list.

A two-time Olympic gold medalist for his native Cuba, Rigondeaux made his name with victories over the likes of Nonito Donaire, Rico Ramos and Joseph Agbeko. Most recently, Rigondeaux scored an exciting eighth-round stoppage of former champion Julio Ceja in June.

Born in Venezuela and fighting out of Panama, Solís (30-5-1, 14 KOs) will make his U.S. debut on February 8 while riding a five-fight winning streak. Solís captured a super flyweight world title in 2013 amidst a 14-bout unbeaten run. He has lost by decision in his two previous attempts at 118-pound title, including a controversial loss to Jamie McDonnell, which he has bounced back from on his current win streak.

Arboleda (15-1, 13 KOs) has ripped off five straight victories by stoppage since he suffered the only loss of his career against Recky Dulay in 2017. The 25-year-old Arboleda from Curundu, Panama will be fighting in the U.S. for the first time in his career. He’s coming off a knockout victory over Victor Betancourt on August 24.

The 31-year-old Veléz (29-5-1, 21 KOs) has strung together three straight knockout victories since losing to Ryan Garcia in 2018. The Juncos, Puerto Rico resident is coming off a knockout victory over Hector Ruben Ambriz Suarez on July 27 and is looking for another championship opportunity. He came up short in his previous attempt when he fought to a draw against Evgeny Gradovich for the featherweight world title in 2014.

Errol Spence to Terence Crawford: ‘Don’t act like a boss’ »