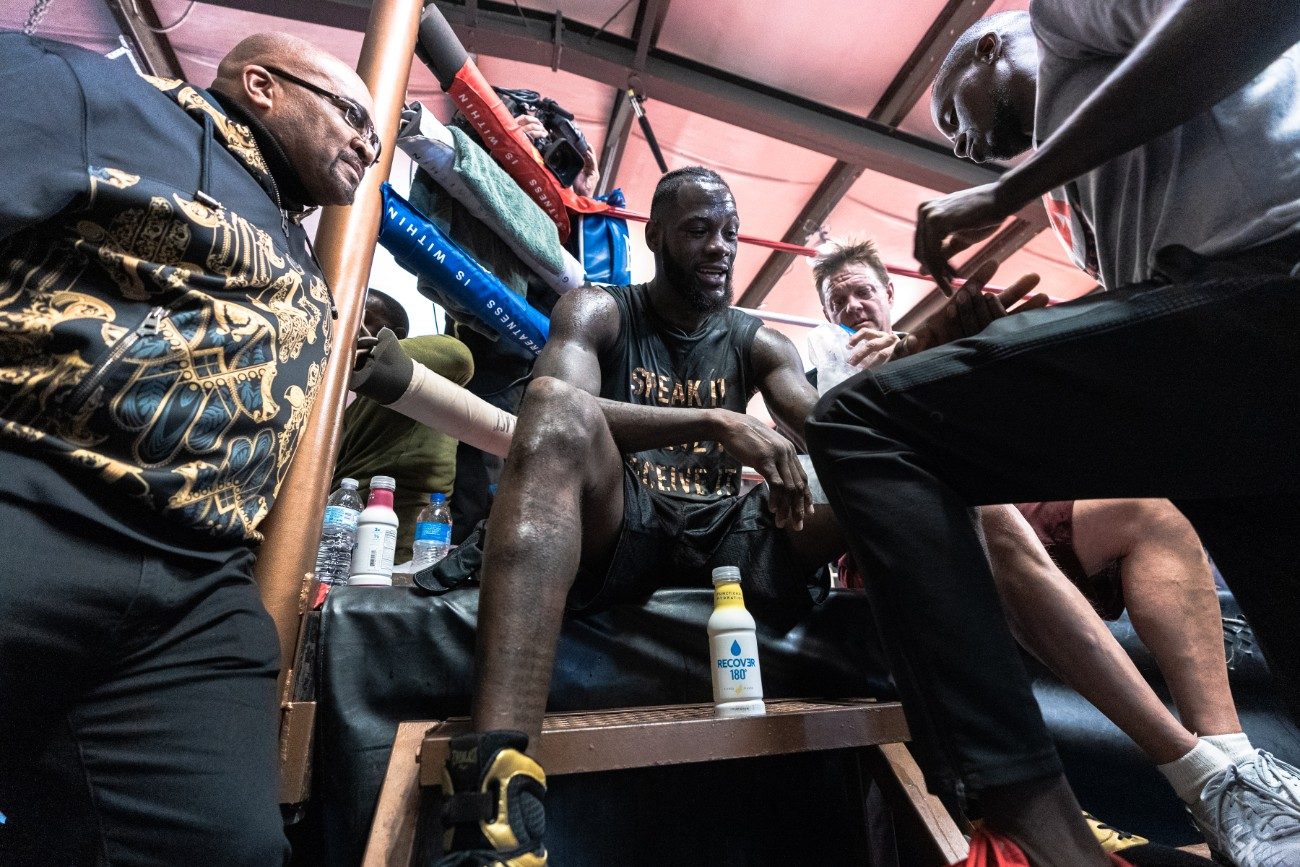 By Charles Brun: WBC heavyweight champion Deontay Wilder insists that his next opponent Luis Ortiz is “tougher” than Tyson Fury. Wilder (41-0-1, 40 KOs) is facing Ortiz (36-1, 24 KOs) in a rematch on November 23 at the MGM Grand in Las Vegas, Nevada.

Last year, Wilder stopped Ortiz in the 10th round in a highly exciting fight that saw both fighters badly hurt. Wilder dropped the Cuban Ortiz threw times in the fight.

Wilder wasn’t able to knockout the 6’9″ Fury last December in a fight that was scored a 12 round draw. However, Fury fought a lot more defensively against Wilder compared to Ortiz, who was slugging with him. Ortiz’s decision to try and knockout Wilder ultimately backfired when he stopped him in the 10th round, but he did have his moments. Fury never came close to stopping Wilder, because he was slapping with his punches and moving so much.

“I’d have to say Luis Ortiz,” said Wilder when asked who’s tougher between Tyson Fury and Ortiz. “He’s a smart fighter. Luis Ortiz moves strategically in the ring, and he’s a great counter puncher as well. I like his style. No one in the top 10 wanted to fight Ortiz, and they still don’t until this day. But I’m giving him the opportunity, and we’re about to do it again on November 23rd in Vegas. If you can’t be there, then click that button on Fox pay-per-view. Luis Ortiz’s most dangerous trait is he’s a counter puncher.

“He keeps you on the edge of your seat. You’ve got to really plan what you’re going to do, and have your next move. When you’re punching, he’s coming back with something. You’ve got to have eye coordination, and you’ve got to have timing and some kind of speed with you. So I’m looking forward to November 23rd. It’s going to be an amazing fight. If you haven’t seen it the first time, go back, I advise you to go back. Make sure you get some popcorn. You do whatever you do, and enjoy the fight,” said Wilder.

Both Ortiz and Fury hit the deck against Wilder. The difference is the referee stood and counted when Fury hit the deck in the 12th round. The referee that worked the Wilder vs. Ortiz fights stopped it after the Cuban was dumped twice on the canvas.

Wilder: I’m the only one that fights guys 50 lbs heavier

“What other fighters fight guys 20, 30, 40 and even 50 pounds heavier than them?” asked Wilder. “No one. Only Deontay Wilder. I bring a lot of energy and passion. I’m the type of person that tells you what I’m going to do to you. And when it comes time for me to show action, I do it point blank and period.

Oleksandr Usyk and Michael Hunter are both fighting heavyweights a lot bigger than them. They haven’t been doing it as long as Wilder, and it’ll be interesting to see how successful they are in the future.

Ortiz outweighed Wilder by 25 pounds last year, and he’ll probably have the same advantage on November 23. It didn’t help Ortiz enough for him to get the victory though, as Wilder was still too powerful and fast.