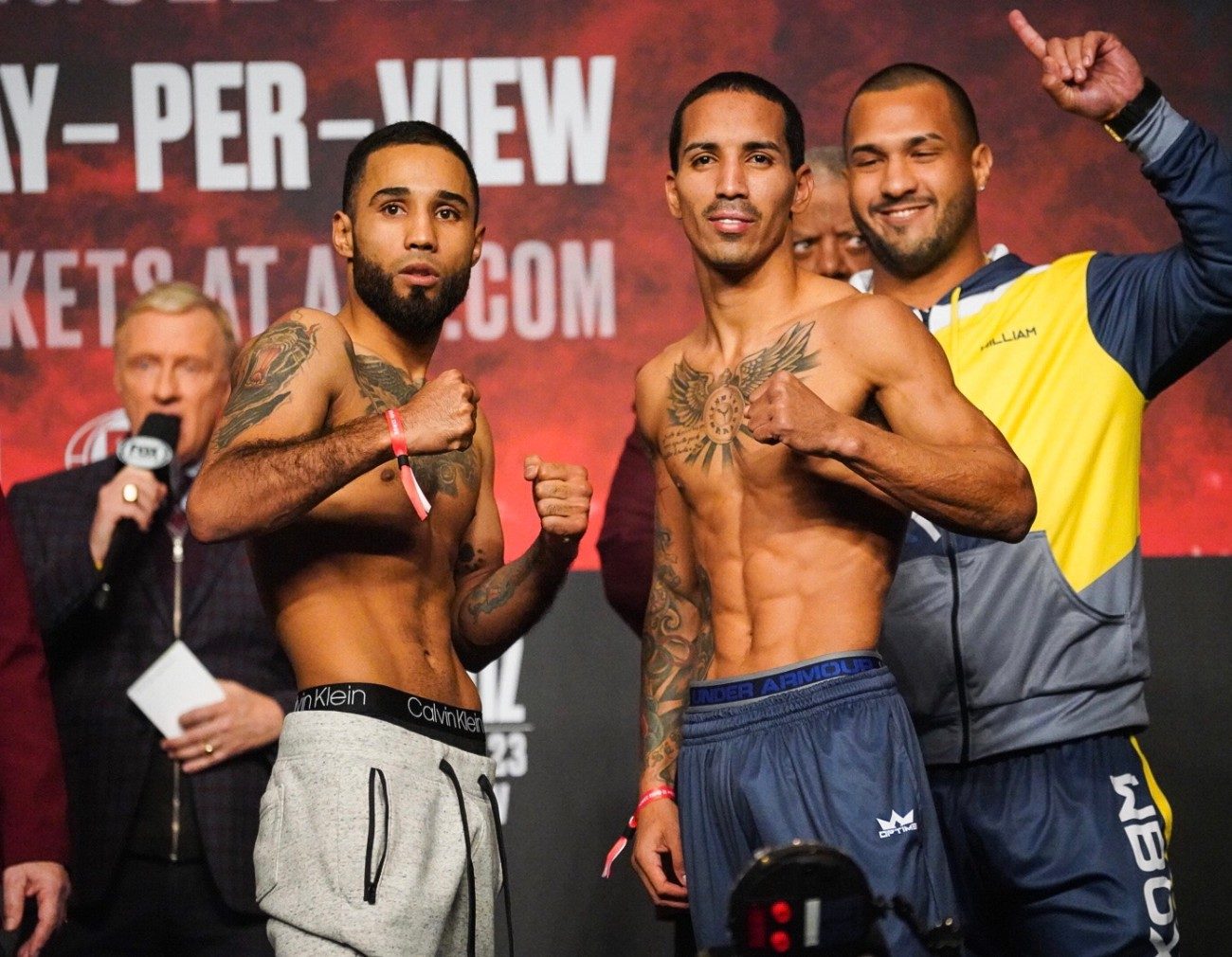 By Dan Ambrose: The Luis Nery vs. Emmanuel Rodriguez bantamweight fight has been cancelled due to safety reasons for the Deontay Wilder vs. Luis Ortiz 2 card on Saturday night. Nery (30-0, 24 KOs) came in ONE pound over the bantamweight limit at 119lbs, and Rodriguez (19-1, 12 KOs) didn’t accept the financial offer to have the fight go ahead for the card.

Rodriguez not fighting due to safety reasons

They’re saying it’s a safety concern for why Rodriguez didn’t take the fight, but it was only one pound that Nery came over, not 4 or 5.

Nery vs. Rodriguez was supposed to be the opening fight for the Wilder vs. Ortiz 2 Fox Sports PBC Pay-Per-View card at the MGM Grand Garden in Las Vegas, Nevada.

Instead of Nery-Rodriguez being the opening fight on the PPV portion of the card the featherweight rematch between contenders Leduan Barthelemy (15-0-1, 7 KOs) and Eduardo Ramirez (22-2-3, 9 KOs) will take its place. They were originally scheduled to fight on the FS2 prelims.

It’s NOT a good replacement for Nery vs. Rodriguez though, as neither Barthelemy or Ramirez are considered future world champion material. They’re good basic fighters, but they’re not destined to win world titles. Unlike Nery, Ramirez and Barthelemy aren’t heading towards superstardom.

Those two fought to a 10 round draw two years ago in September 2017.  Since that time, the 30-year-old Cuban Barthelemy has won his last two fights. Ramirez, 26, is coming off of a 12 round unanimous decision loss to Claudio Marrero last June.

It’s unclear how much extra money Rodriguez wanted to get. Nery’s purse for the card was $300,000 and Rodriguez’s $70,000. Rodriguez might have wanted more than Nery, 24, was willing to give.

Former WBC bantamweight champion Nery was the A-side fighter, who many believe is a future star. Rodriguez is just a good basic fighter, who is coming off of a 2nd round knockout loss to Naoya Inoue. He’s NOT considered a future star like Nery.

Rodriguez missing out on visibility fight

It’s unknown how Rodriguez felt about his chances of beating Nery. For a lot of fans, when they see a fighter pull out when their opponent is 1 pound over the limit, they speculate that he didn’t want the fight.

With Nery’s punching power and talent, it’s understandable if Rodriguez chose to use him missing weight as an excuse to get out of the fight. Rodriguez was expected to be knocked out early by Nery, and by pulling out of the fight, he arguably saved himself from that.

For Nery, this is the third time in the last two years that he’s failed to make weight. He came in over the limit in his second fight with Shinsuke Yamanaka, and in his match against Jesus Martinez.

Surely, this is a sign that Nery needs to move up to 122, and start campaigning in that weight class. He may not want to do it, but it’s difficult to imagine his management at Premier Boxing Champions wanting to take a chance in the future by matching him against another bantamweight, and having him miss weight.

At least if Nery moves up to 122 now, he has a good chance of making the weight. Obviously, even that weight won’t be easy for him to make, but he can do it He’s proven that he’s not consistent enough to make weight at 118 for him to be worth the risk of matching him against bantamweights in the future.