Dillian Whyte vs. Mariusz Wach OFFICIAL for on December 7 in Saudi Arabia 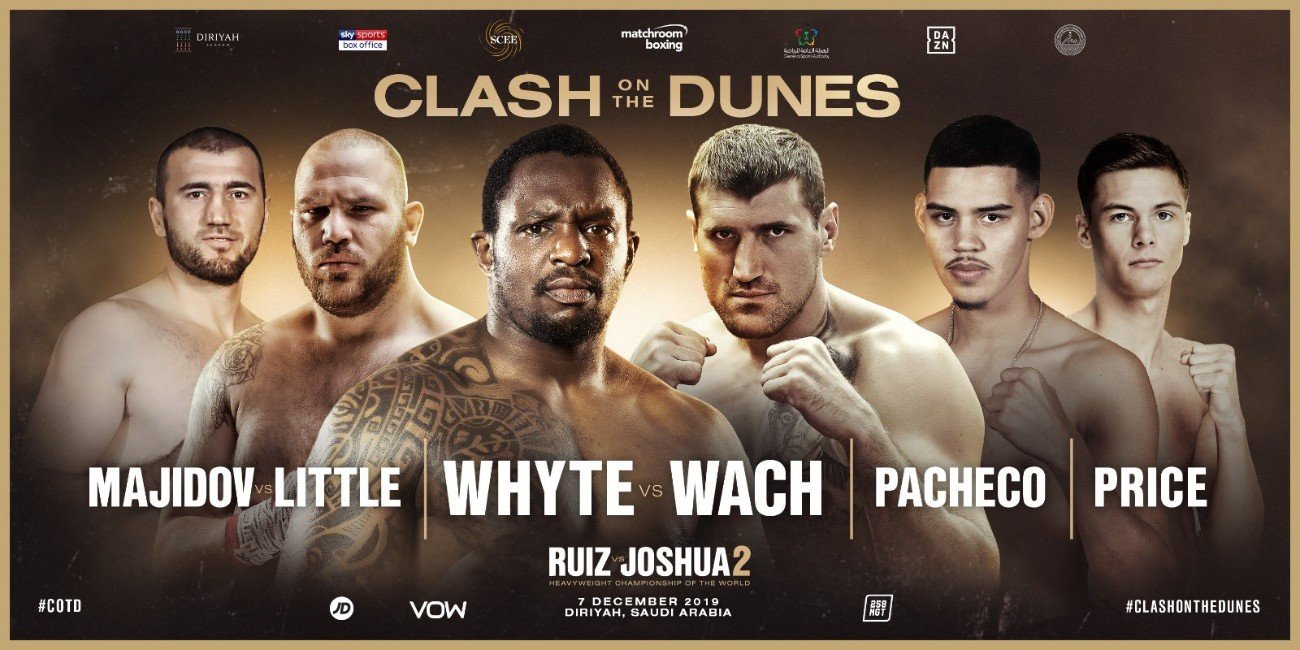 Promoter Eddie Hearn had been promising that Whyte (26-1, 18 KOs) would be getting a well known fighter, and he’s kept his word. The 39-year-old Wach (35-5, 19 KOs) is definitely well known, but he’s not well thought of, unfortunately,

Wach with 2-3 record in last 5 fights

Wach has lost 3 out of his last 5 fights, and he’s clearly struggling to get wins at this late stage in his career. Boxing fans aren’t pleased with Hearn picking Wach as Whyte’s opponent, but this is obviously the best that Eddie could find on short notice.

Hearn didn’t start looking for an opponent until recently. All the good heavyweights wouldn’t have agreed to fight Whyte on 3 weeks’ notice. Likewise, Whyte would never put himself at risk in facing one of the elite heavyweights with just 3 weeks of preparation. There would be too much for Whyte to lose.

Whyte is free to fight despite a recent UKAD drug test coming up with adverse findings before his last fight against Oscar Rivas on July 20 in London, England. UKAD still hasn’t released the results on the 31-year-old Whyte’s B-sample, and it’s unknown when they will.

Boxing fans have the false impression that Whyte’s ban has ended, but the fact is he was never banned. UKAD is still doing their investigation, and there’s no official when they’ll announce the results.

Wach has recent defeats against these fighters:

Those are fights that took place in 2017 and 2018. Wach was stopped in the 12th round by Alexander Povetkin in 2015. Way back in 2012, Wach lost a one-sided 12 round unanimous decision to heavyweight world champion Wladimir Klitschko. In wach’s last two fights, he defeated little-known Giorgi Tamazashvili and Gogita Gorgiladze. Their records were incredibly poor.

As far as the Whyte vs. Wach fight, it adds very little value to the card. Boxing fans are paying for this card to see quality fights, and Whyte-Wach doesn’t fit the definition of quality. It’s a mismatch from the word go, and it should arguably be on the free portion of the card.