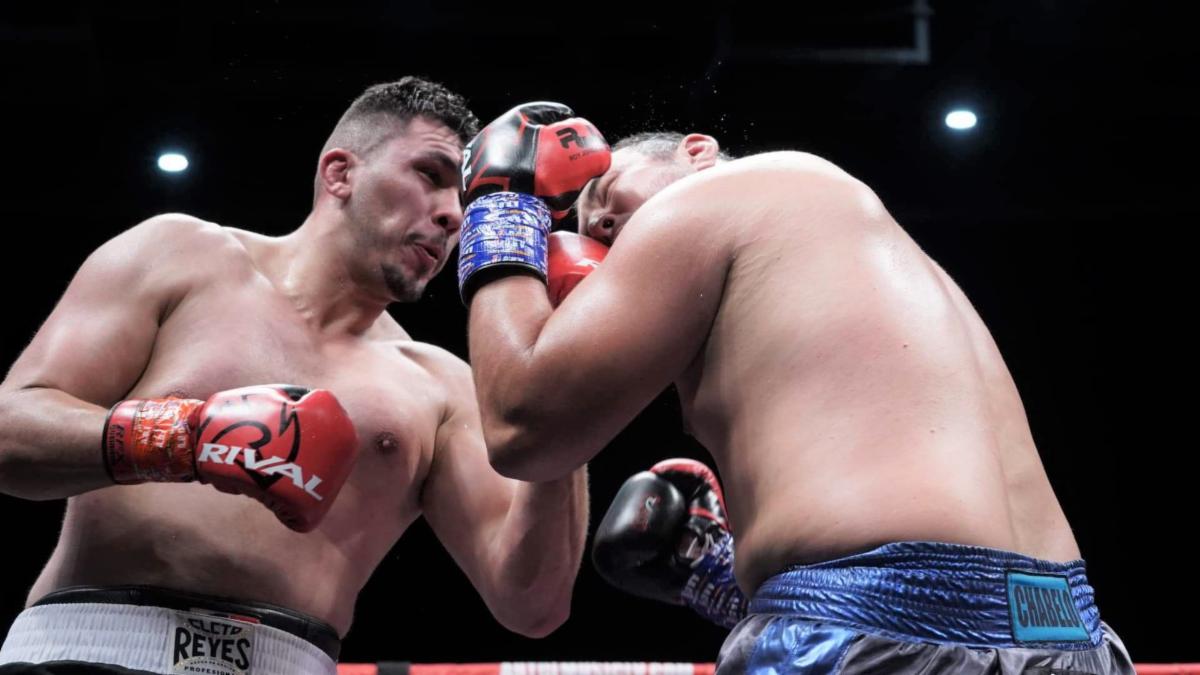 The 29-year-old Flores (18-2-1, 16 KOs) hadn’t fought since last December in New Zealand, when he lost a controversial fight to former world champion Joseph Parker, in which Parker struck Flores numerous times below the belt, leading to a knockout.

Knockout-artist Flores floored his Mexican opponent, Heredia, three times during their fight in the third, fifth and the finisher in the sixth. Flores, who is a former World Boxing Council (WBC) World Youth champion, used a vicious body attack, resulting in the last two knockdowns, against the 282-pound Heredia (16-8-1, 13 KOs).

Flores’ only two losses have been to world champions Parker and Charles Martin. Heredia, a former WBC FECOMBOX champion, who only three fights ago won a split decision over former WBC heavyweight world champion and Nigerian Olympian Samuel Peter.

In the co-featured event, red-hot Mexican welterweight Santiago Dominguez (20-0, 16 KOs) blasted Ravshan Hudayhazarov (17-3, 13 KOs), the Uzbekistan fighter, stopping him only 43-seconds into the opening round in a devastating performance.

In his RJJ Boxing Promotions debut, undefeated California super middleweight Juan “Just Business” Barajas (11-0, 7 KOs) pitched a complete shutout victory, winning each round on all three-judges’ scorecards, in a unanimous decision over Phoenix veteran Fidel Hernandez (20-8-1, 11 KOs), who announced before the fight that this would be his last.

BAUER AND WOJCICKI VICTORIOUS IN HAMBURG

Despite suffering from a cut in the first round, 21-year-old Bauer kept his composure and showed more initiative and skill throughout the eight round fight. Ranked 13th in the IBF world rankings, the unbeaten super middleweight claimed his seventeenth professional victory via unanimous decision as the judges scored the fight (78-74, 77-76, 77-75).

“I was better today and deserved to win,” said Bauer. “The early cut didn’t affect me, I just pulled through. I would like to thank everyone who has supported me so incredibly in the past few weeks and tonight in Hamburg. You were my third fist!”

Patrick Wojcicki, ranked sixth in the IBF world rankings and the IBF Intercontinental Middleweight Champion, produced a sensational performance as he dominated Robert Swierzbinski. Wojcicki dropped the 37-year-old from Poland five times across the first four rounds, before Swierzbinski’s corner threw in the towel.

“I’m very happy with my performance,” said Wojcicki. “I would have liked to finish the fight even earlier and knock him out. After all, he was on the ground five times. I think I gave the audience a good show!”

From Florida to France, Star Boxing fighters have brought the action to kick off November. In France, DAVID PAPOT (23-0-1 3KO’s) improved on his undefeated record in impressive style, while across the Atlantic Ocean in Florida, Connecticut native, RICHIE “POPEYE THE SAILOR MAN” RIVERA (15-0 12KO’s) took care of business in his third fight in as many months.

Papot had this to say about his victory, “Victorious in the return on my land! Thank you all for your support, those close and far, you are huge.”

DAVID PAPOT RAISES HIS HAND AFTER HIS VICTORY IN FRANCE

Heavy handed slugger, Richie Rivera took on Juan Zapata at the Hard Rock Hotel in Daytona Beach, Florida on November 1st. Rivera entered the ring for his third fight in as many months, against Zapata, who was taking on his fourth straight undefeated prospect. Wasting no time, Rivera imposed his will and strength on Zapata (6-16-2 4KO’s) scoring three knockdowns out of the gate, as the referee stopped the action with 30 seconds left in the first round. Rivera improves to 15-0 12KO’s.

Rivera had this to say about his victory, “It was such an amazing experience. I just want to thank God for these blessings. I can’t wait to get back in the ring.”

Keep an eye out for both Papot and Rivera moving into the new year, as each fighter looks to make a splash in their respective weight classes, and continue their rise up the world rankings.


« Wilder vs. Ortiz: “Somebody is getting knocked out” – Deontay