Erickson Lubin vs. Nathaniel Gallimore undercard for Oct.26 on Showtime 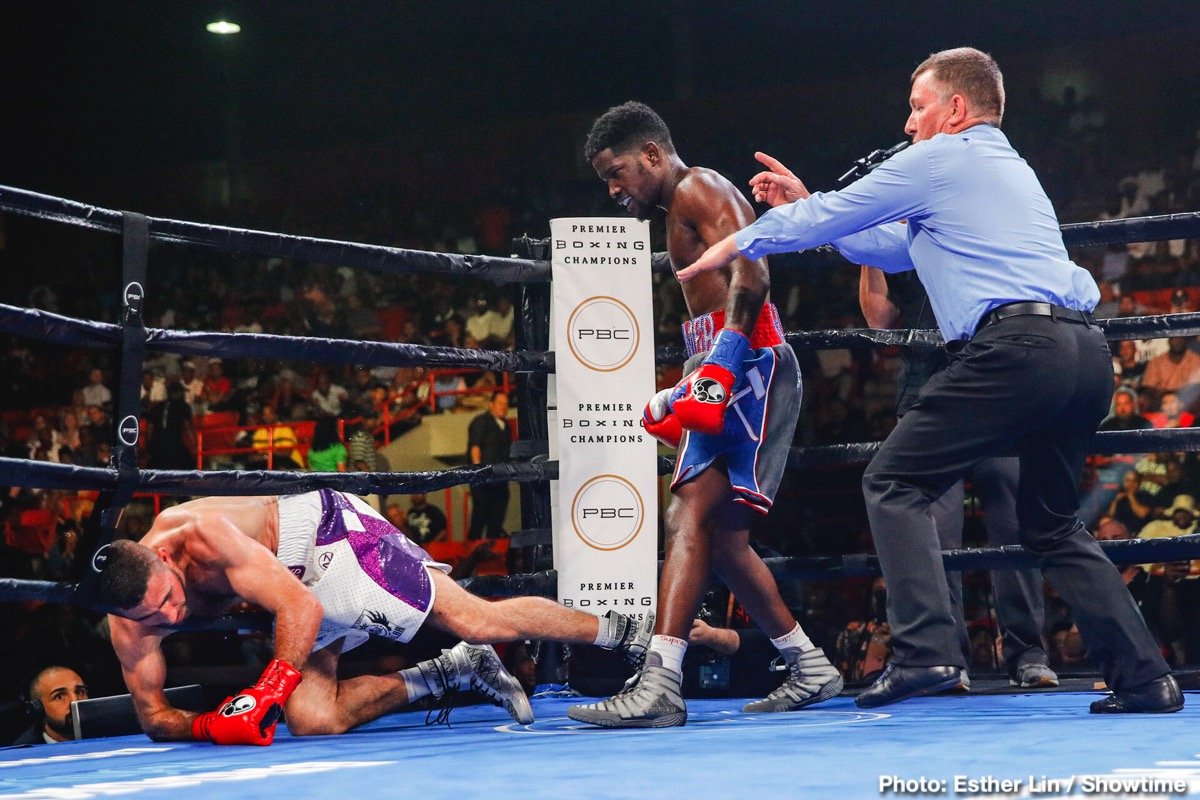 By Dean Berman: Junior middleweight contender Erickson ‘The Hammer’ Lubin (21-1, 16 KOs) is fighting this month against replacement opponent Nathaniel Gallimore (21-3-1, 17 KOs) in a 12 round fight on October 26 in the headline bout on Premier Boxing Champions on SHOWTIME from the Santander Arena in Reading, Pa.

The highly ranked #2 WBC Lubin has done an admirable job of rebuilding his career since losing to former World Boxing Council junior middleweight champion Jermell Charlo on October 14, 2017. Most would agree that the then 22-year-old Lubin was a little too young to be taking on the older and more experienced Charlo.

That’s a fight that would have been better off taking place in 2020 or 2021, but not back in 2017. Since losing that match, Lubin has come roaring back with three consecutive victories over Silverio Ortiz, Ishe Smith and Zakaria Attou. All three wins for Lubin were by early stoppage.

Lubin was supposed to be fighting 2012 U.S Olympian Terrell Gausha (21-1, 10 KOs) on October 26, but the 31-year-old had to pull out of the card after suffering a left hand problem while training for the fight.

Gallimore has the boxing skills, and more importantly the punching power to give Lubin a good fight for while it lasts. With power, Gallimore has a chance of winning against Lubin, as long as he gets to him early. If Gallimore starts slowly, Lubin will likely stop him in the early rounds. For that reason, it’s vital that Gallimore.

In the Lubin vs. Gallimore undercard, powerful heavyweight Efe Ajagba (11-0, 9 KOs) will be fighting Jack Mulowayi (7-1-1, 3 KOs) in a 10 round bout.  The 2016 Olympian Ajagba has been looking great since turning pro in 2017.  At 6’6″, 240 pounds, Ajagba has rolled over his first 11 opponents, and he’s clearly ready to be stepped up against better opposition soon.

Ajagba is someone to watch in the future in the heavyweight division. He’s got both the size and power to one day fight for a world title, but for now he still needs to slowly improve. Ajagba has recent wins over Ali Eren Demirezen, Michael Wallisch and Amir Mansour.

Former WBA bantamweight champion Rau’Shee Warren suffered a hand injury training and he won’t be on the card. Warren was supposed to be fighting former IBF 118-lb champion Emmanuel Rodriguez. That would have been a tough fight for Warren, as Rodriguez is a lot younger and he’s in his prime.

Other fights on the Lubin-Gallimore card are as follows:

Terence Crawford vs. Egidijus Kavaliauskas on Dec.14 on ESPN »