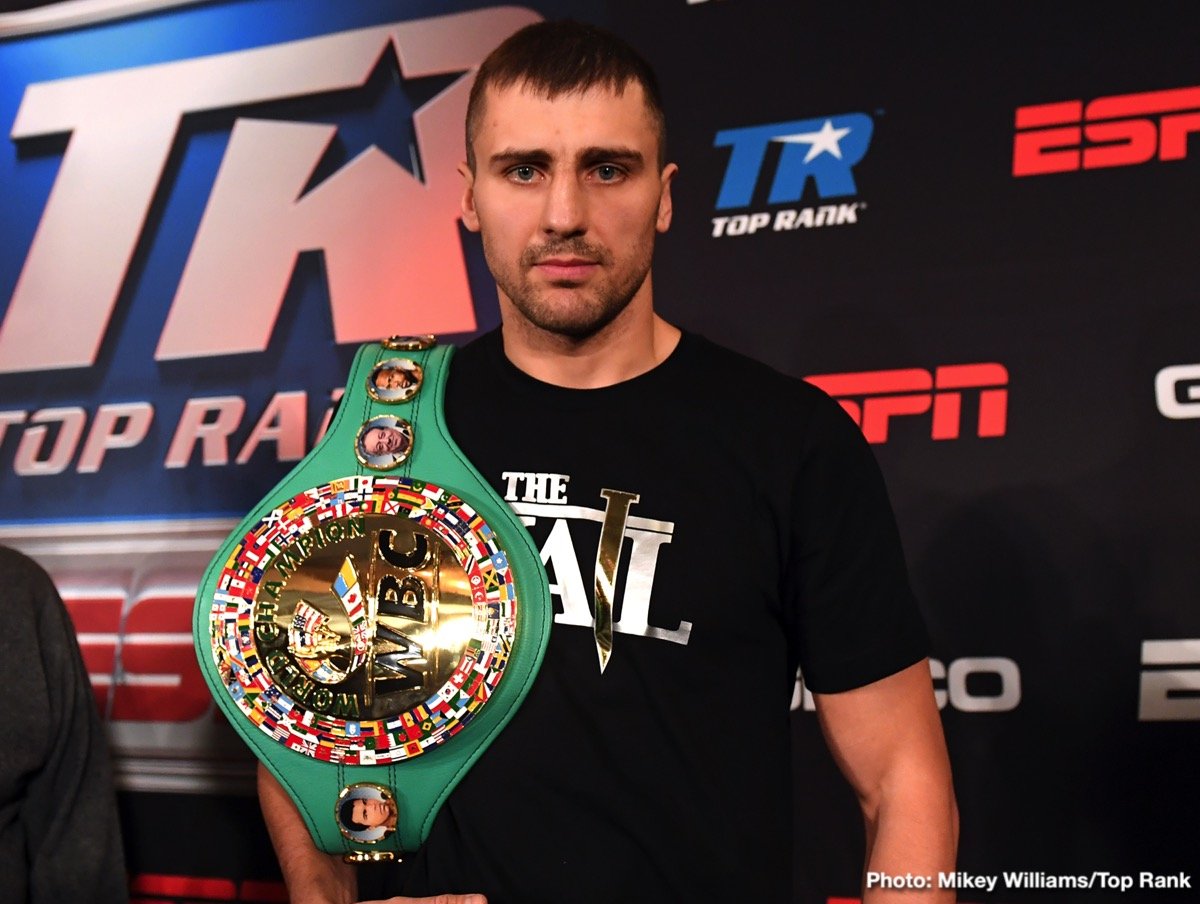 Gvozdyk is a -125 favorite and Beterbiev is at +105.  The fight is considered to be a 50-50 affair. Beterbiev, 34, beat Gvozdyk a decade ago in 2009 when the two were amateurs. The loss seems to still bother Gvozdyk, and he feels he’s improved enough since then to avenge his loss to Beterbiev.

This fight will have huge ramifications for the light heavyweight division, because the winner could then face WBA belt holder Dmitry Bivol. There’s also the winner of the November 2 fight between WBO 175-lb champion Sergey Kovalev and Saul Canelo Alvarez that could take on the Beterbiev-Gvozdyk winner.

“My first goal was to win a light heavyweight world title. Now, I want to unify the belts, and that mission starts with Artur Beterbiev,” Gvozdyk said. “This is going to be a spectacular fight, one that the fans will enjoy. The fans asked for this fight, and we will deliver,” said Gvozdyk.

Beterbiev will need a good set of wheels to catch up to Gvozyk, because he’s probably going to use the same game plan that he employed in his fight against former WBC light heavyweight champion Adonis ‘Superman’ Stevenson last December. Rather than stand and trade against the faster and more powerful southpaw Stevenson, Gvozdyk avoided him for the first 10 rounds. Going into the 11th round, Stevenson was ahead on two of the judges’ scorecards 96-94 and 98-92.

Gvozdyk surprised Stevenson in the 11th by suddenly attacking him with a flurry of power shots that knocked him out. That style worked against the 41-year-old Stevenson largely due to his advanced age, and the fact that he was coming off of a grueling match against Badou Jack in his previous match seven months earlier in May 2018.  Gvozdyk won’t be able to surprise Beterbiev by waiting until the later rounds before he stops moving, and goes on the attack.

“One thing I know is that I will be the unified champion. I have the best trainer, Teddy Atlas, in my corner,” said Gvozdyk. This is our third fight together, and under his guidance, I will continue to get better.”

Beterbiev has been looking great recently in scoring knockouts overRadivoje Kalajdzic and Callum Johnson. Those were two tough power punchers, and Beterbiev was able to quickly take them both out. Callum stunned Beterbiev in round 2, but he let him off the hook by not trying to KO him in the third. Beterbiev then came back and stopped Callum in the 4th.

Erickson Lubin vs. Nathaniel Gallimore undercard for Oct.26 on Showtime »